Although this week's Haftorah (Zechariah 2:14-4:7) deals primarily with Yehoshua, the High Priest, with his soiled clothes and his clean attire [allusions to his sins and repentance], the final two verses deal with his colleague, Zerubavel, the governor of Yehuda. The two man are "the two olive trees" that are over the menorah, "The two anointed men who are standing by the L-rd of the land." (Zechariah 4:13) The two symbolize the priesthood and the monarchy, in whose merit the (second) Temple will be rebuilt anew. Therefore, in contrast to our Haftorah, usually Zerubavel is mentioned before Yehoshua -- in accordance with the rule that the king precedes the high priest. (Horayot 13a) Since we dealt with Yehoshua elsewhere, we will focus this time on Zerubavel, of royal descent.

Sefer Ezra begins with the proclamation of King Cyrus of Persia, who turned to the Jews and declared, "Whoever is among you of His entire people -- may his G-d be with him -- and let him go up to Yerushalayim which is in Yehuda, and build the Temple of Hashem, G-d of Israel." (Ezra 1:3) Despite the fact that Cyrus provided financial aid and gave over the vessels of the Temple to those who went up, they were few in number.

The leader of the first wave of aliyah was "Sheshbazzar, the leader of Yehuda." (Ezra 1:8) Immediately afterwards (ch. 2), Ezra counts those ascending from the exile together with "Zerubavel, Yeshua, Nehemiah, Seraya, Re'alaya, Mordechai, etc." Some identify Zerubavel as Sheshbazzar based on this. However, based on what is related later in Ezra (5:15), it seems that Zerubavel makes reference to Sheshbazzar, who preceded him. Therefore, it appears that Zerubavel and Yehoshua, along with Nehemiah and the well-known Mordechai the Jew (cf. Rashi here and Megillah 15a), were the leaders of the second wave of aliyah, which established a firm presence in the land and built the second Temple. "Then Yeshua son of Yozzadak arose, along with his brethren the kohanim and Zerubavel son of Shealtiel and his brethren, and they built the Altar of the G-d of Israel, to offer burnt-offerings on it." (Ezra 3:2)

In order to clarify the genealogy and lineage of Zerubavel, let us cite what is known from Melachim II (24:6-17):

Yehoyakim lay with his forefathers, and his son Yehoyachin ruled in his place ... He reigned for three months in Yerushalayim ... Nevuchadnezzar king of Bavel came upon the city ... and he exiled Yehoyachin to Bavel ... The king of Bavel then crowned Matanya, [Yehoyachin's] uncle in his place, and changed his name to Zidkiya.

Let us fill in the picture based on what is told about the dynasty in Divrei Hayamim I (3:15-19):

The sons of Yoshiya: The firstborn Yochanan, the second Yehoyakim, the third Zidkiya, the fourth Shalum. ["Our Sages taught: Shalum is Zidkiya. Why was he called Shalum? Because he was shalem (complete) in his actions." (Horayot 11b)] The sons of Yehoyakim: Yechonya his son and Zidkiya his son. The sons of Yechonya: Assir, Shealtiel his son; Malchiram, Pedaya; Shenazzar [All these were sons of Shealtiel. Radak] ... The sons of Pedaya: Zerubavel and Shimei.

If Yechonya (=Yehoyachin) had two sons -- Assir and Shealtiel, why did Nevuchadnezzar appoint Yechonya's uncle Zidkiya (son of Yoshiya) as king in his stead? Chazal answer that Yechonya's sons were born after he was exiled and imprisoned in Bavel (Sanhedrin 37b-38a):

Assir -- his mother conceived him in prison (beit ha'asurim);Shealtiel -- G-d implanted him (shatlo) in an unusual manner; his mother was impregnated standing. [Rashi: He was in prison in confined quarters, where there was no room to lie, and they let down a woman there.]Another interpretation, Shealtiel -- G-d rescinded his oath (nishal al alato E-l). [Rashi: To repeal His decree, for He had sworn that [Yechonya] would not have a son, and they rescinded it in the Heavenly Court.]

Shealtiel, son of Yehoyachin, was conceived as the result of a double miracle: a physical miracle -- that his mother was impregnated in an unnatural manner, and a spiritual miracle -- that the Heavenly Court was convened to rescind G-d's oath. Thus, Zerubavel was Shealtiel's grandson, the son of Pedaya son of Shealtiel. Why, then was Zerubavel mentioned as the son of Shealtiel? In addition to the well-known answer that grandchildren are like children, it is possible that the Tanach wants to allude that Zerubavel's very existence is bound in miracles, and to strengthen the connection between him and the Davidic dynasty. Thus, Chazal comment:

It is possible that Zerubavel's name -- "Zera (seed) - Bavel" -- alludes to his connection to Mashiach, who is called in our Haftorah Zemach (plant): "For behold, I am bringing My servant, Zemach." (Zechariah 3:8); "I will establish a righteous sprout from David." (Yirmiya 23:5) This is what we pray for daily in the Shemoneh Esrei, "The zemach (sprout) of David, your servant -- speedily grow."

Indeed, Zerubavel was destined for greatness. Chaggai prophesies about him (2:21-23):

Zechariah similarly declares in the concluding verse of our Haftorah (4:7):

Who are you, O great mountain? Before Zerubavel [you will] become a plain! [Rashi: The provincial officers of Ever Hanahar ... who disrupted the work until now, from now on you will be before Zerubavel a plain; you will no longer have rule or greatness over him.]He will bring out the cornerstone, with cheers of "Grace! Grace!" for it. [Rashi: The foreman will take the cornerstone in his hand, since he is the leader of the builders, and they build everything as he orders in a graceful grand and manner ... so that everyone will say, "What a graceful building this is!"]

Since we did not merit that this graceful building of the second Temple should remain standing forever, we must suffice with the preceding verse of Zechariah's prophecy (4:6):

This is the word of Hashem to Zerubavel, saying: "Not through army and not through strength, but through My spirit, said Hashem, Master of Legions."

Through this great spirit of G-d may we merit speedily for the new Zerubavel -- "I am bringing my servant -- Zemach!" 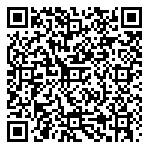