A Fire of Hashem Burned Against Them

In the previous parsha, Parshat Naso, we read about the sacrifice that a nazir who became defiled brings, "for having sinned regarding the soul." (Bamidbar 6:11) Rashi quotes in the name of R. Elazar Hakapar, "For having deprived himself of wine." The question arises, why was this reason written only regarding a nazir who became defiled -- every nazir deprives himself of wine?!

The Netziv explains that the Torah is teaching here when it is permissible and proper for a person to try and elevate himself through abstaining from the pleasures of life. There are some people who need wine, and the deprivation of wine causes them pain and suffering. For these kind of people self-denial is not allowed. The test is, if he succeeds in completing his nezirut -- it is a sign that he was fit for it, and it was done for the sake of Heaven. If he becomes defiled in the middle, and is forced to conclude his nezirut -- it is a sign from Heaven that he was not fit for it.

This criterion is applicable to every person in his service of G-d. It is forbidden to rise to level that is too high; one that is not in an appropriate and step-by-step manner. "Beware of ascending the mountain or touching its edge." (Shemot 19:12) The Kotzker Rebbe says that one should be wary of trying to ascend to the pinnacle of the mountain when standing at its foot and only touching its bottom edge.

Based on this, the Netziv explains in Parshat Korach the sin of those who offered the ketoret, who also aspired to come close and offer the ketoret when they were not worthy. Therefore, it says there, "the fire-pans of these sinners against their souls." (Bamidbar 17:3) Their intention was positive, to come close, but they did not act in an appropriate manner.

We find this same idea in the end of Parshat Mishpatim, "Against the great men of Bnei Yisrael, He did not stretch out His hand -- they gazed at G-d, yet they ate and drank." (Shemot 24:11) Rashi comments, based on Chazal, that the implication is that they were deserving of punishment. The Rambam explains in Moreh Nevuchim, that at first it says that Moshe hid his face, "for he was afraid to gaze toward G-d." (Shemot 3:6) At the end of his days, though, it says, "At the image of Hashem he does gaze." (Bamidbar 12:8), because he reached the level that for forty days he didn't eat bread and didn't drink water, and when he detached himself for the connection to the material, he could gaze. But the "great men of Bnei Yisrael" still needed food and drink, and while eating and drinking they gazed at G-d. In this state they were prohibited from climbing to such lofty heights, and therefore they were deserving of punishment. "When did he punish them? In Nadav and Avihu and the officers in the camp" -- since Nadav and Avihu also sinned with this sin.

Therefore, all these people suffered the same punishment: "A fire of Hashem burned against them, and it consumed at the edge of the camp" (Bamidbar 11:1) -- in the officers in the camp, the "great ones of Bnei Yisrael." Nadav and Avihu were burned in the same way as the officers in the camp, and, as well, the 250 leaders who offered the ketoret, where also a fire came out from G-d. Chazal explain this to be burning the soul while leaving the body intact. Not a punishment of burning, but a departure of the soul. Out of a desire for greatness and closeness to G-d not in its proper time and place, the soul flies from the body when it encounters G-d.

A manner of service slow and gradual service is what is required of every person of Yisrael, not one of leaps and shortcuts. 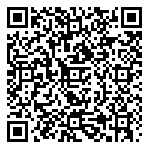