Hashem Made Markings Before and After It

The passage of: "When the Ark would journey" (Bamidbar 10:35) is singularly marked in the Torah. It has an inverted letter nun before and after it.

This marking appears in only one other place in the entire Bible, in Tehillim 107. (There are six inverted nuns in consecutive verses there, and one later on, as is mentioned in Rosh Hashana 17b. There may be a connection between these passages, but we will not deal with it here.)

In Shabbat 116a Chazal dispute whether this marking is in praise or in criticism of Bnei Yisrael. The first opinion is that this passage is out of place. The Gemara later mentions that this opinion is like R. Shimon b. Gamliel, who taught: "This passage is destined to be uprooted from here and rewritten in its place. (I.e., Parshat Bamidbar, which deals with journeys and flags. Rashi) Why was it written here? To separate between one trouble and another." What are these respective troubles? The later one is: "The people took to complaints." (Bamidbar 11:1) Chazal explain the preceding one to be: "'They journeyed from the mountain of Hashem' (Bamidbar 10:33) – R. Chama b. R. Chanina says they turned away from Hashem."

Rashi writes that the Gemara is referring to the sin of the rabble at the graves of lust. However, the Ramban rejects Rashi's explanation because this calamity only happened after: "When the Ark would journey." The Ramban explains according to Chazal's comment in the Midrash on the pasuk: "'When the Ark would journey.' – they ran from Hashem like a child running from school." The Ramban adds that the purpose of the break is to prevent three consecutive calamites – "They journeyed from the mountain of Hashem", the complainers, and the graves of lust.

Rebbe's opinion, on the other hand, is that the markings were meant to emphasize that the passage of: "When the Ark would journey," is a separate book. Rashi explains that according to his view, this passage is in its proper place, because it says in the chapter: "It was in the second year ... the cloud was lifted ... Bnei Yisrael journeyed." (10:11-12) Therefore, after the Torah mentions that Bnei Yisrael journeyed, it had to mention the journey of the Ark. R. Yonatan taught in the Gemara there: "She hewed her pillars seven" (Mishlei 9:1)– these are the seven books of Torah." Rashi comments there that the book of Bamidbar is divided into three parts, and this passage is a book of its own. Chazal learn from this the halacha that a Torah scroll that wore out, but still contains 85 letters like the passage of: "When the Ark would journey," should be saved from fire on Shabbat even to certain places that one may not carry there. If it does not contain this amount, then it cannot be saved to these places. According to Rebbe's view this passage is not just a means to separate calamities. On the contrary, this is its place and it counts as a separate unit, a separate book.

There are many explanations of the inverted letter nun, some of which are mentioned below:

1.      Ba'al Haturim and Siftei Chachmim explain that the inverted nun hints towards the fifty passages that were written previously. This is exactly where it was supposed to be written, after the passage of: "The Tent of Meeting, the Levite camp, traveled" in Parshat Bamidbar (2:17).

2.      Ba'al Haturim adds that Hashem wished to bring the tribes, whose number of letters equals fifty (as the gematriya of nun) across the Jordan, which was fifty cubits wide. (Sifrei) However, their sin prevented this. (It would seem that the inverted nun symbolizes the tribes remaining behind in the desert, or how Hashem remained hidden, his back turned.)

3.      The Kli Yakar views the letter nun as a hint towards Am Yisrael's sins. Nun is a fish in Aramaic and that is how they sinned, both after: "When the Ark would journey." – by saying: "We remembered the fish," and beforehand by running away like a child runs from school. Am Yisrael is compared to fish ("Let them multiply greatly like fish"), whose habitat is water, which is the Torah. The inverted nun hints towards their attempt to run from the source of their life – the Torah. (This is similar to Pappus's parable to R. Akiva that Am Yisrael without Torah is like fish without water.)

4.      Yalkut Me'am Loez writes that the inverted nun hints towards "Naase V'nishma" (We will do and we will listen) that Am Yisrael said at Sinai. However, now they took back their words and ran like a child, which is why the nun was inverted (twice!)

5.      Rav Eliyahu Ki-Tov brings another nice explanation. We have found two journeys of the Ark when not in camp. The first is: "The Ark of the covenant of Hashem traveled before them," and the second is when they entered the land after they crossed the Jordan. (The inverted nun apparently hints towards an unusual nesia (journey).)

6.      There is another explanation, according to which the passage is, indeed, in its proper place (as per Rebbe). The inverted nun hints towards consolation for Am Yisrael. Chazal teach in Berachot 4b: "Why is there no nun in Ashrei because it alludes to the downfall of the enemies of the Jews (euphemistically), as it says: "The young maiden of Israel fell, and will no longer rise." Even though David propped them up again, as it says: "Hashem supports all those who are falling," the nun remains missing. In the passage of: "When the Ark would journey," Moshe Rabeinu prays for the downfall of Hashem's enemies before him. Hashem's enemies are the Jews enemies (Rashi), and when they fall then Hashem and the Jews gain more honor in the world. "Arise Hashem," and the inverted nun alludes to this: 1. The enemies of Israel will fall instead of us. 2. A downfall that becomes a triumph (like the one mentioned in Esther, "The opposite happened, that the Jews ruled over their enemies.")

It is possible that the Zohar hints to this when it says: "Come and see, nun was not mentioned in Ashrei Yoshvei Beitecha because it was in exile. But we established it in the location of: "When the Ark would journey." Why was it returned following this form [of the inverted nun]? The friends established it as it says, "The young maiden of Israel fell, and will no longer rise." But what is written previously: "The Ark of the covenant of Hashem..." The Zohar concludes: "Come and see how Hashem favors Am Yisrael, for even though they strayed from the straight path, Hashem does not wish to abandon them. At all times He turns his face towards them, for if it were not so they would never be able to exist in the world. The nun that is missing in Ashrei was brought back here and inverted to hint towards the Divine Presence that protects us in front and in back, and to the triumph of Am Yisrael before their enemies: "Arise Hashem!" 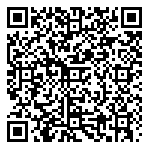