Parshat Naso deals with the nazir. There is an apparent contradiction in the Torah's attitude towards the nazir, whether nezirut is something positive or negative. On the one hand, the Torah says about the nazir, "for the crown of his G-d is on his head" (Bamidbar 6:7), which the Ibn Ezra explains: "He has a crown of royalty on his head." Similarly, the Torah calls him "holy," as it says: "He is holy to Hashem." (6:8)

On the other hand, we find a negative attitude towards the nazir, since on the conclusion of the days of the nazirite period, he has to bring a sin-offering, as it says: "He shall provide him atonement for having sinned regarding the person." (6:11) Rashi explains: "Because he abstained from wine." The question is: Is the nazir a sinner or is he holy?

In truth, the Tannaim dispute this in Masechet Ta'anit (11a):

Shmuel said: Anyone who fasts is called a sinner. His opinion is like this Tanna who teaches: R. Elazar Hakapar son of Rebbe says: What does [the pasuk] mean, "He shall provide him atonement for having sinned regarding the person?" With what person did he sin? Rather, that he suffered abstaining from wine. It is a kal vachomer. If this one, who only abstained from wine is called a sinner, one who abstains from each and every thing - all the more so! R. Elazar says, he is called holy, as it says, "He shall be holy, the growth of hair on his head shall grow." If this, who abstained from only one thing is called holy, one who abstains from everything - all the more so!

We find a similar contradiction in the Rambam. In Moreh Nevuchim (3:48) he writes: The reason for nezirut is very understood; it is abstention from wine. One who is cautious of it is called "holy," and is placed on par with the kohen gadol in holiness - so that he does not defile even to his father and mother.

On the other hand, the Rambam (Hil. De'ot 3:1) writes: Perhaps a person will say, since jealousy and desire and honor and the like are bad, and remove a person form the world, I will abstain from them completely to the extreme so that he will not eat meat nor drink wine. This is also a bad path, and it is prohibited to follow. One who walks in this path is called a sinner.

If so, what is the way of serving Hashem - through abstention or the opposite?

The Netziv, in his commentary to the Torah, writes on the pasuk, "for having sinned regarding the person," as follows:

It is worthwhile to abstain from physical pleasure in order to achieve spiritual pleasure of clinging to Hashem. However, after this cause [of defilement] occurred to him against his will, it is a sign that he is not worthy of such, and if so he suffered himself from wine for naught, and sought something above his level. Similarly, we explained in Parshat Korach on the verse, "the firepans of these sinners against their souls."

The Netziv explains that indeed nezirut is something positive to achieve clinging to Hashem, but it is not appropriate for the average person. Not everyone is one such a high level that he can accept upon himself nezirut. If a person stops his nezirut in the middle, this implies that he was not worthy of such from the beginning. Therefore, he is called a sinner, and has to bring atonement. This is why the Torah says about him, "for having sinned about the person" - i.e., that he sought to achieve clinging to Hashem, which is not fit for his level. The Netziv compares this to the 250 princes who offered the ketoret with Korach, who also wanted to achieve closeness with G-d that was not appropriate for them, and therefore it says there, "these sinners against their souls." (17:3)

Therefore, as a way of serving Hashem, nezirut is something negative, because the ideal is that a person should sanctify the mundane, and not live in a manner of abstention and separation from the material world. However, there are special individuals who are on a lofty level, for whom nezirut is holiness, as the prophet Amos writes: "I established some of your sons as prophets and some of your young men as nazirites."(2:11) - in order to become holy and to achieve prophecy, but this is not for the average person.

However, there is a situation in which a person accepts upon himself nezirut in order to protect himself from sin, as Chazal say: "One who sees a Sotah in her failing should abstain himself from wine." (2a) This nezirut comes as medicine to protect from sin, but not as a way of serving Hashem. Service of Hashem is to live a life of sanctity in a material world, and to sanctify it. Therefore, the priestly blessing are placed adjacent to the portion of the nazir, "May G-d bless you" - with property, "and protect you" - from harm. "They shall place My name on Bnei Yisrael and I will bless them" - This is the spiritual blessing, the covenant of Hashem. This is the ideal to join the blessing of Hashem with the blessing of property, and to turn them into something spiritual. 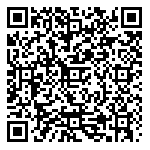