The Mishkan and the Camp of Israel

Our parsha describes the dedication of the altar through the sacrifices that the princes of the tribes brought for this purpose. As the commentators explain, the dedication began on the eighth day of the "miluim," the same day that Aharon offered his own sacrifices, as described in Parshat Shemini. The completion of the Mishkan by Moshe, as described in Parshat Pekudei, "Moshe could not enter the Mishkan," also occurred on this same day. What emerges is that the same event is described in three different places, in totally different ways, and from different perspectives. [It should be emphasized that the three descriptions are not inherently contradictory, since each one of them describes a different aspect. However, the very fact that the Torah split the description in this manner requires explanation.]

In addition, in each of the three descriptions, the "dedication" of the Mishkan appears as the culmination of a process. Namely, in Parshat Pekudei it comes as the conclusion to the building of the Mishkan and its sanctification; in Parshat Shemini, following the details of the laws of the korbanot, it serves as a conclusion to the sanctification of the altar and the Mishkan for service, and of Aharon and his children for priesthood; and in Parshat Naso, we find it after arranging the camps and sanctifying them, and establishing the genealogy of the tribe of Levi and preparing them for service. What is the significance of these three processes?

In order to explain this issue, we must understand the function of the Mishkan. The destiny of Am Yisrael in receiving the Torah and in entering Eretz Yisrael is to express the revelation of the Divine Presence in the world, and, in this manner, bring the world to its fulfilled state. This idea finds expression on different levels and perspectives:

1) The initial expression is through the very process that begins with the Exodus from Egypt and Matan Torah, and is fulfilled with the making of the Mishkan. This created the foundation for the existence of a nation on a sufficiently lofty spiritual level to have the Divine Presence dwell amongst them, which represents the peak of the redemption, as the Ramban writes in his introduction to Sefer Shemot:

When [Bnei Yisrael] came to Har Sinai and made the Mishkan, and G-d once again dwelled His Presence amongst them, then they returned to the status of their forefathers ... and then they were considered redeemed. Therefore the Sefer concludes ... with the completion of the topic of the Mishkan and with the Glory of Hashem filling it always. This idea relates primarily to Moshe Rabbeinu, who brought down the Torah to us and sanctified the Mishkan, for this lofty level is an expression of Divine goodness, which manifested itself through choosing Yisrael and raising them from the lowest level to the level of a holy nation. This process is the content of Sefer Shemot.

2) This level, however, is not sufficient on its own. In order to maintain it for all generations a person must sanctify himself and be worthy of it, and this is through the performance of mitzvot, which is concentrated primarily in the Korbanot and the order of the Temple service. This aspect of the Hashra'at Hashechina (dwelling of the Divine Presence) flows from the service of G-d, and it revolves mainly around the tribe of the Kohanim. Similarly, ritual purity and sanctity, such as through the forbidden foods and the laws of the arayot, certainly belong to the self-sanctification necessary to be worthy of Hashra'at Hashechina, as well as all the laws of the holiness of the Land. [With this, incidentally, we can perhaps resolve the commentators' difficulty with the juxtaposition of Parshat Behar to Torat Kohanim.]

The uniqueness of the dedication of the princes revolves around this sanctity of the camp. In Sefer Shemot, the Book of Redemption, the making of the Mishkan is an expression of Yisrael's redemption and of the receiving of the Torah by Moshe. This process culminates with erecting the Mishkan by Moshe and the revelation of the Divine Presence in its wake. Sefer Vayikra, Torat Kohanim, is designated for the sanctity of the Temple service, and in it the Mishkan was dedicated through the service of the Kohen. The dedication of the princes expresses the relationship between Bnei Yisrael and the Mishkan, and the fact that the camp is sanctified through the presence of the Mishkan and the Divine Presence which dwells in Am Yisrael.

To conclude, let us point out the words of Rashi (Bamidbar 5:12) in explaining the juxtaposition of the laws of sotah to the priestly gifts: "If you withhold the priestly gifts ... you will have to come to him to bring him the sotah." Perhaps the quid pro quo involved here is that when a person brings the priestly gifts he makes holiness paramount in his life. ["In the merit of what do the people of Eretz Yisrael live? In the merit of Terumot and Maasrot."] By not bringing them, he shows that he makes the material perspective, devoid of sanctity, paramount, and therefore the sanctity of the camp disintegrates even in its primary cell of the family. On the other hand, someone who sanctifies himself properly, his whole life is like is a vessel for the Divine Presence to dwell in, and even a simple person can sanctify himself -- an idea expressed in the laws of the nazir. 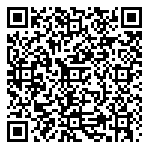