Haftorah: I will Betroth You to Me Forever

In this week's Haftorah, Hoshea compares G-d's relationship with His nation to the relationship between man and his wife. Hoshea first describes the infidelity of the woman to her husband -- the sin, her divorce from him -- the exile, and in the end, the renewed love between them -- the redemption. The prophet says about this period, "It shall be on that day -- the word of Hashem -- you will call [Me] 'Ishi' (my husband) and you will no longer call me 'Baali' (my master)." (Hoshea 2:18) Rashi explains the difference between "ishi" and "baali" as follows: "You will serve me out of love and not out of fear. 'Ishi' has the connotation of marriage and youthful love. 'Baali' has the connotation of mastery and awe." The Malbim explains in the same way: "The term 'baal' indicates rulership and ownership ... whereas the term 'ish' indicates love, closeness, and marriage."

Three psukim later (2:21), Hoshea mentions the famous expression, "I will betroth you to Me forever." This prophecy seems to contradict what was said earlier, that the state of betrothal ("baali") will end and the state of marriage ("ishi") will take its place. Even without the contradiction, though, this phrase is difficult, since the destined goal of every betrothal is to develop into a life of marriage, a life joined in all respects, and the state of betrothal "forever" is a curse and not a blessing!

The answer to this question is rooted in understanding human nature, that the more one lacks something -- the more his thirst and desire for it increases. When a person has "bread in his basket," it is easy for him to deteriorate to a state of taking for granted. Thus, the state of distance itself is what causes closeness, and the state of constant closeness can cause a feeling of satiation and inner distance. We will illustrate this with two psukim from Tehillim:

"One thing I asked of Hashem ... that I dwell in the House of Hashem ... and to visit in His Sanctuary." (Tehillim 27:4) Normally, visiting precedes dwelling. A visit is temporary and passing, and if it leaves a good taste, the person seeks to dwell permanently. Why did David reverse the order in his request? What is the purpose of a "visit" after the person is permanent and "dwells?" David knows that visiting has in it an element of renewal, freshness and surprise, and the affection for unanticipated things. Dwelling has an element of permanence and eternity, but, precisely because of this, it is somewhat routine and void of color and excitement. Thus, David asks to dwell in the House of Hashem permanently, but, within the permanence, he still wants to feel the taste of freshness and newness of a visit.

Along these same lines, "My soul thirsts for You, my flesh longs for You; in a parched and thirsty land with no water. So, too, to have beheld You in the Sanctuary, to see Your might and Your glory." (Tehillim 63:2-3) What is the meaning of the comparison, "so, too," to behold G-d in His Sanctuary? While David was in the desert, far from the House of Hashem, he felt the thirst for the Divine word in his flesh and bones, with an unbounded desire. But David knew that when he will finally reach the Tent of G-d, inside the Sanctuary, and will drink of the eternal spring of life -- the desire and longing will pass and disappear. Therefore, David asks that the same feeling of thirst and longing that he felt in the parched and thirsty land -- that same feeling should remain and not disappear even in when he is in the Sanctuary in the House of G-d -- "So, too, to have beheld you in the Sanctuary."

This is the meaning of the prophecy and the blessing, "I will betroth you to Me forever." Never to come to the weariness of routine and the satiation of "bread in his basket," but to infuse the newness, the freshness, the longing and the radiance of the days of betrothal into the "gray" daily life of the marriage routine.

"Every day they should be in your eyes as new," which is said regarding Israel and the Torah, finds expression here in regards to the relationship between Hashem and His nation -- "I will betroth you to Me forever." 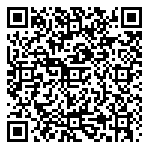