You Do Your Part and I Will Do Mine

"Moshe counted them according to the word of Hashem, as he had been commanded." (Bamidbar 3:16)

Moshe said to Hashem: "How will I enter their tents to know the number of infants." Hashem replied: "You do your part and I will do Mine." Moshe went and stood at the entrance of the tent. The Shechina would precede him, and a heavenly voice would emit from the tent and say: "There are so and so babies in this tent." This is why it says, "according to the word of Hashem." (Rashi)

This important teaching holds implications for all of a person's affairs. Hashem will help only after a person's initiative. It says in Masechet Nidah 70b:

What should a person do to become wise? He should study diligently and minimize business. They replied: Many have done this and it has not availed them. Instead, they should ask mercy from He who is the owner of wisdom, as it says: "For Hashem grants wisdom, from His mouth comes knowledge and understanding." (Mishlei 2:6) What does this teach us? (Why did he say to study often, since it depends upon mercy – Rashi.) That one without the other is not enough.

What should a person do to become rich? He should do business diligently and deal in good faith. They replied to him: Many have done so, and it has not availed them. Instead, he should ask mercy from He who owns all riches, as it says: "Mine is the silver and mine is the gold." (Chaggai 2:8) What does this teach us? That one without the other is not enough.

What should a person do to have male children? He should marry a woman who is worthy of him and he should sanctify himself when intimate with her. They replied to him: Many have done this and it has not availed them. Instead, he should ask mercy from He who provides sons as it says: "Behold! The heritage of Hashem is children; a reward is the fruit of the womb." (Tehillim 127:3) What does this teach us? That one without the other is not enough.

This is a basic tenet of Judaism, that one without the other is not enough. The obligation to pray is something obvious. However, if a person were to pray all day, but does not lift a finger and act to achieve his wants – his prayer will not avail him. Chazal hint to this in three areas that are the main points of a person's life: wisdom – representing spiritual matters, wealth – representing physical existence, and family life.

Some thus explain the pasuk: "One thing I asked of Hashem, that I shall seek; Would that I dwell in the House of Hashem all the days of my life.'" (Tehillim 27:4)

What is the difference between "I asked" and "I shall seek?" Based on what was previously said, it is clear that if a person were to pray all day to become a Torah scholar, but instead of sitting in the Beit Midrash and studying he occupies himself with other things – he will never obtain his request. The solution is to study as much as he can, and, at the same time, present his request to He who owns all wisdom to open the gates of wisdom before him.

"I asked" is the prayer that a person asks of Hashem; "I shall seek" is the effort made, as it says: "I will rise now and roam about the city, through the streets and through the squares; I will seek the One I love." (Shir Hashirim 3:2) Seeking is through the active searching through the streets. Similarly, "Seek peace and pursue it" (Tehillim 34:15), in deed and action.

This is what David said: "One thing I asked of Hashem, that I shall seek." Asking is from Hashem, seeking is through action and making an effort, by dwelling in the House of Hashem. Through dwelling he will be entitled to assistance from Hashem, for without actually sitting and studying there is no value to prayer.

This is also what Chazal said about Yaakov Avinu. On the verses, "Yaakov departed from Be'er Sheva and went toward Charan. He encountered the place" (Bereishit 28:10-11), Chazal teach: When he arrived at Charan he said: "Is it possible that I passed through the place where my forefathers prayed and I did not pray?! When he decided to return, the way was shortened for him. Immediately, "He encountered the place." Rashi adds: "If you shall say, when Yaakov passed by the Temple, why was he not delayed there? He himself did not pay attention to pray at the site where his forefathers prayed, and from Heaven he should be delayed?! When he arrived at Charan ... he decided to return, and the way was shortened for him.

This is how the Ramban (1:45) interprets the need for a census in our Parsha:

Moshe and the tribal leaders needed to know the number of those serving in the war army, and the number of each and every tribe, and what he would be commanding over at the Plains of Moav, because the Torah does rely on a miracle that one man should chase a thousand." (See also Parshat Shelach 13:2, introduction of Rabbeinu Bachya to Parshat Shelach, and Rashi Shabbat 23b.)

The Ran, as well, in his sermons, emphasizes this idea on the pasuk, "Then you shall remember Hashem, your G-d: that it was he who gave you strength to make wealth." (Devarim 8:18) It does not mean that we sit by idly and do nothing except pray, and He makes the wealth for us. Instead we make the wealth, only knowing that it is Hashem who gives us the strength to make the wealth. The same is true for military strength. 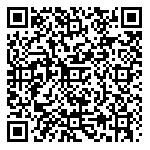