Despite the fact that the true meaning of sacrifices transcends our

understanding, the Rishonim attempted to bring the matter within our

grasp. The Rambam (Moreh Nevuchim 3:46) writes that since the

Egyptians worshipped the constellation Aries (a lamb) they prohibited

the slaughter of animals, as Yosef said, "All shepherds are abhorrent

to the Egyptians." (Bereishit 46:34) Hence, the Torah obligated us to

slaughter animals and to offer them as sacrifices, in order to

transform what the Egyptians considered the peak of disobedience into

a manner of service to G-d.

The Ramban, however, sharply criticizes the Rambam, and accuses him

of explaining the commandments as if they were intended just to

discredit wicked and foolish idol-worshippers. The Torah, however,

refers to the daily sacrifice as, "a pleasing fragrance to G-d"

(Vayikra 6:14), which implies that sacrifices have an inherent value,

nations. He therefore explains that the concept of a sacrifice is

that a person who sins with his body and spirit, should imagine that

all that is done to sacrifice deserves to be done to him, body in

lieu of body and spirit in lieu of spirit.

The Ritva defends the Rambam, and writes that the Ramban ignored the

Rambam's own words (Moreh 3:32) that sacrifices were not intended

merely to discredit the belief of the Egyptians, but rather to wean

Israel from idolatry and to guide them towards the service of G-d. A

person has a natural longing for closeness to G-d, which was commonly

expressed in those times through sacrificial offerings in a Temple

building by a priestly clan. If Israel were to be told to abolish

these practices completely, it would be like telling someone in our

times, "Do not pray, and worship G-d through meditation alone!" Such

a command would negate the nature of man, who cannot change his

accustomed practice abruptly. Therefore G-d left them to follow this

manner of worship, but directed only toward Him, as it says, "Let

[Israel] bring their [sacrifices] before the L-rd ... to the entrance

of the Ohel Moed ... and they will no longer offer their sacrifices

These explanations offered by the Rambam and Ramban, however, are

not intended to be the exclusive reasons. The Ramban explicitly

concludes by saying that although this is an attractive, aggadic,

explanation, there is a "sod" (hidden meaning) regarding sacrifices

in the kabbalistic teachings. Likewise, it is possible that Rambam

offered his reason only as an

plausible rationale to the perplexed, as his habit in the entire work

of Moreh Nevuchim. However, even he concurs with the Ramban that the

matter of sacrifices is rooted in the hidden realm. In his halachic

A person should delve into the laws of the holy Torah, and to

understand them to best of his ability. Nevertheless, he should not

belittle something for which he cannot find an explanation and does

not know a purpose ... Regarding "chukim" (statutes), which are

commandments whose reason is not known, the Sages commented, "I

established statutes for you, and you have no right to question

them." The entire matter of sacrifices is included in the category of

"chukim," yet the Sages said that the world endures on behalf of

It is possible that the "sod" that the Ramban mentions, and the

"chok" that the Rambam speaks of, are both rooted in that "sod" that

the Rambam hints to in Parshat Tetzaveh. On the verse, "I took

goal of the exodus from Egypt, to have G-d dwell in Israel, is not

for their benefit alone, but also for the purpose of the Divine.

Namely, G-d linked the entire creation and its continuation with the

states that although G-d sustains the entire world, he commands his

children, "Be careful to offer Me My sacrificial food ... in its

proper time." (Bamidbar 28:2) This is perhaps also the Rambam's

intention in his conclusion to Hil. Me`ila, "The Sages said that the

world endures on behalf of sacrifices."

Some explain in this same vein Rashi's comment on the verse, "a

pleasing fragrance" - satisfaction before Me, that I SAID and My WILL

was fulfilled. (Shemot 29:18) The world was initially created with ten statements, and after having created the world through speech, G-d's will

continues to be fulfilled by Israel through their worship.

Perhaps this dispute between the Rambam and the Ramban is connected

to the dispute between the Sforno and the Ramban regarding the

Mishkan (Tabernacle). The Sforno views the Mishkan as a remedy for

the sin of the golden calf, whereas the Ramban considers it the

culmination and peak of the redemption! The Ramban therefore views

the issue of sacrifices as something independent and ideal, with no

connection to idolatry. The Rambam, however, may share the opinion of

to the sin of the golden calf, and he therefore links it to the sin 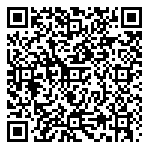