"They shall know that I am Hashem, their G-d, Who took them out of the land of Egypt to rest My Presence among them." (Shemot 29:46) The Ramban comments that, at first glance, the presence of the Shechina in Israel is for Bnei Yisrael's benefit, to guard and protect them. However, on a deeper level, the Shechina is in Israel for Hashem's purpose. Namely, the existence of Yisrael in this world and their worship of Hashem are intended to bring about the fulfillment of G-d's Divine plan in creation.

The Yerushalmi in Ta'anit (2:6) relates that G-d embedded His great name in Yisrael's ("Yisra E-l"). This can be compared to a king who had a small key to his castle. He tied the key to a chain so that it would not get lost. Similarly, Hashem said: If I leave My children, they will be lost among the nations. I will join My Name with them, because otherwise, the nations will destroy Yisrael, and what will be of Hashem's great Name? The Maharal (Netzach Yisrael ch. 10), explains that this world is the palace, and Israel is the small key. If the key is lost, G-d will not be revealed in the world, and the world will be like a locked building. Therefore, it is in Hashem's own interest to guard us, because there is no other nation that will help Him fulfill His plans, and He needs us as much as we need Him. The Ramban writes in Ha'azinu (Devarim 32:26) that without us, Hashem's reason for creating man would not be accomplished. When Hashem took Israel out of Egypt, not only did He redeem us, but it is as if He also took Himself out. Chazal similarly comment on the pasuk, "Your people, whom You have redeemed for Yourself from Egypt, a nation and its G-d" (Shmuel II 7:23): Rabbi Akiva says, "If not for this pasuk it would be impossible to say it; it is as if Yisrael is saying to Hashem, 'You redeemed Yourself.'" (Yalkut Shimoni II:146)

When the Tanach states "ar'enu biyshuati - I will show him My salvation," (Tehillim 91:16) or "agila biyshuatecha - I will rejoice in Your salvation" (9:15), the intention is not only that we will see and rejoice in the salvation that Hashem provides for us, but also that it will be a salvation for G-d. "Rabbi Abahu says: This is one of the difficult passages which teach us that the salvation of Israel is the salvation of Hashem."

On the pasuk, "You shall command Bnei Yisrael ... to kindle the lamp continually" (Shemot 27:20), Chazal say in Midrash Tanchuma:

This is the idea expressed in the verse, "Cherish Your handiwork!" (Iyov 14:15), ... that You desire Your creations. You, Hashem, carry the entire world, as it says, "I made [you] and I will bear [you], I will carry you," yet You command the sons of Kehat to carry Your Honor, as it says, "To the sons of Kehat he did not give; since the sacred service was upon them, they carried on the shoulder." You give food to the entire world, yet You command them to sacrifice, "My offering, My food." You illuminate the entire world, yet You command, "to kindle the lamp continually." "Hashem desired a dwelling in the lower world." This was originally the case in Gan Eden, until sin caused G-d's Presence to ascend to the upper worlds. Now, with the exodus of Bnei Yisrael from Egypt, the goal of the Shechina existing in our world is being progressively achieved. "I am Hashem, their G-d, Who brought them out of the land of Egypt to rest My Presence among them," in order to place my Shechina upon them and to fulfill My plans, so that I may call them, "Israel, in whom I take glory." As the Ramban writes, the reason that the Jews are chosen is that Israel is the only nation that is willing to work for the purpose of Hashem. 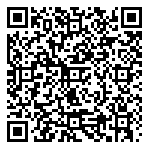