There are Three Crowns

The Midrash derives from the construction of the mishkan (Tabernacle) that which the Mishna teaches in Avot, "There are three crowns: the crown of Torah, the crown of priesthood, and the crown of royalty." There were three crowns on these three vessels, and about each one of them it says, "You shall make for/on it a gold crown all around."

The Ark contained the luchot (Tablets), which represent the Torah. The Table represents the royalty, like the "table of kings." The Altar is the place of service, and it also has a crown, which alludes to the priesthood. A "crown" is not merely something of beauty and honor, but rather it is a symbol of authority, power, and nobility. In order to achieve the aforementioned crowns, it is necessary to acquire them through special prerogatives, as we learn in the Mishna (Avot 6:6):

The Maharal, in "Derech Hachaim," reveals something fascinating, that the number of prerogatives written in the Mishna is equivalent to the perimeter of the vessels on which the crowns are placed, which correspond to the three metaphorical crowns.

The Ark was 2.5 amot (cubits) long and 1.5 cubits wide. Each cubit consists of six tefachim (handbreadths), so that the total perimeter of the crown on the Ark was forty-eight handbreadths, corresponding to the forty-eight things through which the Torah is acquired.

The Table was 1.5 cubits wide and 1 cubit high, so that its perimeter was thirty handbreadths -- corresponding to the thirty prerogatives of royalty. (According the Maharal, the calculation considers the smallest dimension, that of height, even though the length was 2 cubits.)

The Altar was 1 cubit long and 1 cubit wide, which is a perimeter of twenty-four handbreadths -- corresponding to the twenty-four prerogatives through which the priesthood is acquired.

There is an amazing equivalence here between the perimeters of the crowns and the prerogatives through which each one of the people merits his special crown. However, let us pay careful attention to the precise language of the Mishna. Regarding royalty and priesthood "prerogatives" are mentioned, whereas regarding Torah it says, "forty-eight things." Priesthood and royalty are different from Torah in that the first two are inherited, so long as one has the necessary prerogatives. Torah, on the other hand, is not received but acquired, and it is acquired through things that are not prerogatives, such as modesty, fear of sin, lack of sleep, etc. Negating physical prerogatives is what brings a person to acquire Torah, and these are the forty-eight things, or qualifications, mentioned in the Mishna.

Royalty and priesthood depend on family lineage, but the crown of Torah belongs to the entire community -- whoever learns Torah earns its crown. 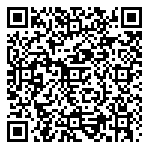