We Will Do and We Will Listen

On the pasuk: "He took the book of the covenant and read it in earshot of the people, and they said, 'Everything that Hashem has said, we will do and we will listen!'" (Shemot 24:7), the Gemara teaches (Shabbat 88a):

R. Elazar said: At the time that Israel said, "we will do" before "we will listen," a heavenly voice emanated and said to them: "Who revealed to my children this secret, which the ministering angels use?" – as it says: "Bless Hashem, O his angels; the strong warriors who do his bidding, to listen the voice of his word." (Tehillim 103:20) First, "who do," and then, "to listen."

We need to understand:

1.      How is it possible to do before listening? How could Am Yisrael have possibly observed the Torah if they had not yet heard Hashem's commandments?

2.      What is the "secret" that the ministering angels use, that was revealed to Am Yisrael during the Revelation at Sinai?

The Maharal in Tiferet Yisrael addresses Am Yisrael's spiritual level at the Revelation, and we can explain the meaning of this "secret" based on his words.

There are certain things that a person is able to do on his own naturally, even though no one taught him how to do them. For example, a newborn baby instinctively senses his hunger and cries until it is fed; no one teaches the baby how to see or hear, or how to breathe. These are natural abilities that lie in a person from the moment of his inception.

The same applies to Torah study. It says about Avraham Avinu that his two kidneys taught him the entire Torah. What does this mean? The entire Torah is a reflection of Hashem's will in the Creation, and the soul is also a part of G-d above. It is a part of the very same Divine existence that is reflected in the Torah. Avraham Avinu, who was purified from the effects of the material world, attained a level in which he could study the Torah with his natural abilities, without anyone teaching him. He achieved the entire Torah from his inner self. In a similar manner it is possible for every member of Am Yisrael to reach this spiritual level, so that he will naturally desire on his own to perform all 613 mitzvot, which are the spiritual food of his soul.

Similarly, Iyov said: "I see G-d from my flesh." (Iyov 19:26) From inside me I have the ability to understand Hashem's existence and to achieve faith and devotion to Hashem, since a person's soul naturally desires to perform mitzvot and cling to Hashem. Chazal teach: "Israel, who stood at Har Sinai – their impurity was removed." (Shabbat 146a) Their material aspect was purified, and they reverted to their natural level. At that time they were on such a spiritual level that they could have understood the entire Torah and its mitzvot naturally, just like Avraham Avinu, who was purified of the material world. On that level Am Yisrael could say, "we will do" before "we will listen," because they were on a level in which "we will do" did not require them to hear Hashem's commandments.

This is the meaning of what we say in the Pesach Haggadah: "Had he brought us before Har Sinai, but not given us the Torah, it would have sufficed for us!" On the surface this appears very difficult, for if we had not received the Torah –we would not have received anything, so why "it would have sufficed for us?" This can be understood based on what was previously explained, that when Am Yisrael witnessed the Revelation at Sinai – effectively they had already received the Torah. They were already purified of the material world in such a way that they could understand the entire Torah naturally through their purified soul – "I see G-d from my flesh."

This is the meaning of the "secret" that lies inside Am Yisrael and was revealed during that sacred Revelation. A "secret" is something that lies inside a person: "Wine enters – a secret exits." (Sanhedrin 38a) Revealing a person's inner self is the "secret" that lies within him. This is the level of the ministering angels. An angel does not have free will; its entire existence revolves around the errand for which it was created. With an angel the "we will listen" precedes the action, because its entire creation is for the sake of its errand.

However, when Am Yisrael received the Torah they were granted a new level, Hashem's commandment of the 613 Mitzvot. Regarding this the Gemara states: "One who performs having been commanded is greater than one who performs without being commanded." (Kiddushin 31a) This is because when a person performs a mitzvah because Hashem commanded it, he draws onto himself a higher sanctity from the root of the Menorah, and he therefore clings with devotion to Hashem. This is what Chazal say: "'Anokhiy' is the initials for "Ana Nafshi Ktavit Yehavit – I wrote Myself [and] gave it." (Shabbat 105a) Any mitzvah that Hashem commanded contains, as it were, a part of Hashem inside the mitzvah. Through performing mitzvot, a person clings to the Shechina, both through mitzvot that are between man and G-d and through mitzvot that are between man and his friend. 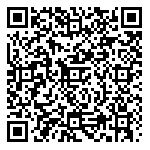