"V'eileh Hamishpatim - And these are the ordinances." (Shemot 21:1) Rashi quotes a midrash (Mechilta) concerning the letter "vav" which connects Parshat Mishpatim to Parshat Yitro, "Just as these [Ten Commandments] come from Sinai, so too these [civil laws of Mishpatim] come from Sinai." The Ba'alei Mussar teach that this statement is intended to emphasize the importance of mitzvot "bein adam l'chaveiro" (between man and his peer). For a Jew, the revelation at Har Sinai does not end with the "thunder and lightning" of receiving the Torah, but rather it must lead to the day-to-day application of its lofty ideals in dealing with others.

Amongst all the laws involving relationships with others, the laws concerning "eved ivri" (a Jew who has sold himself into slavery) were the ones chosen to begin the chain of interpersonal laws found in Parshat Mishpatim. This is to demonstrate and to emphasize that even in regard to slaves (who, in most societies, are subject to shameful treatment) we must act with dignity and respect. One of the mitzvot that illustrates the proper relationship towards a slave is the mitzvah to send him free after six years. "In the seventh [year] he shall go free ("la'chofshi"), for no charge." (Shemot 21:2)

This mitzvah is also our parsha's connection to its Haftorah, where Yirmiyahu commands the citizens of Yerushalayim, "That every man should send forth his Hebrew slave, both male and female, as freemen ("chafshim")." (Yirmiya 34:9) At first, the officers and the nation abide by this, "But they reneged after that and brought back the men and women slaves whom they had sent forth as freemen and subjugated them as slaves." (34:11) As a result, comes this raging prophesy: "You did not hearken to Me to proclaim freedom [d'ror], every man for his brother and every man for his fellow; behold, I proclaim freedom [d'ror] to you, declares G-d, for the sword, for pestilence, and for famine." (34:17)

From the words of Yirmiyahu, we can discover an important idea regarding the freeing of slaves. The Tanach utilizes two different terms to describe freedom, "chofesh" and "d'ror." Many commentators have dealt with the difference between the two. [A number of them are brought down in Nechama Leibowitz's Iyunim Vayikra, beginning pg. 415.] The common denominator amongst them is that "d'ror" is a more general term than "chofesh." We will attempt to add a new facet to this idea.

First, let us turn to the context in which these two words appear in the Chumash. The Torah uses the term "chofesh" in connection with the seventh year, the shmita, while the word "d'ror" is found in the Torah only in connection to the Jubilee, the yovel. [The phrase "mor d'ror" (Shemot 30:23), does appear in the parsha of the anointing oil (shemen hamishcha), but there it does not at all mean "freedom," but rather means "clean and without impurities."]

There is a further difference. "Chofesh" always appears specifically in reference to the slave. "In the seventh [year] he shall go free." (Shemot 21:2) "In the seventh year you shall send him away from you free." (Devarim 15:12) However, in the pasuk in Vayikra where the word "d'ror" is mentioned, it bears no connection to the slaves. "Proclaim freedom ("d'ror") throughout the land for all its inhabitants." (Vayikra 25:10) Obviously, not all of the inhabitants of the land are slaves, so they did not all receive their freedom in the Yovel. What, then, is the meaning of "for all its inhabitants?"

The Sifra (Behar #19), in response to this question, derives the following law (quoted by the Rambam Laws of Shmita and Yovel 8:8):

"Its inhabitants." During the time when its inhabitants are in the land, and not during the period when they are exiled from it ..."All of its inhabitants" ... since the tribes of Reuven, Gad, and half of Menashe were exiled, the Yovel is nullified. The Pnei Yehoshua is quoted as having answered that, "all its inhabitants" comes to emphasize that not only do the slaves go out free, but even the masters acquire an element of freedom, since it is said, "Anyone who acquires for himself a slave - acquires a master for himself!" (Kidushin 20a) However, the question still stands, for slaves and masters do not comprise the entire population!

We would like to suggest a novel interpretation, that in a country in which there is slavery, even if it involves only a very small percentage of the population, the entire country is considered to be in a state of subjugation. The reality of slavery is that it leaves its imprint on the entire society, transforming it into a society of slaves! In the seventh year, each slave goes out individually based on when he was bought, and therefore it has no impact on society. However, in the Yovel year, when the presence of slavery is completely annulled, all the inhabitants of the land go free; that is, it is a free land!

This concept stands out in Yirmiyahu's prophecy. Each time that "chofesh" is used, it is said regarding individual slaves. However, when Yirmiyahu uses the word "d'ror," he is speaking of the entire nation as brethren. When there is freedom for all slaves, there is liberty for the entire society, because then everyone returns to their state of natural purity - "mor d'ror." 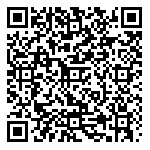