The Meshech Chochma explains: The 613 mitzvot include some that are applicable only to kohanim, some only to Levites, and some only to the king or high priest. There are other mitzvot that are applicable only to one who has land or a house. To fulfill all 613 mitzvot is possible only through the combination of all of Klal Yisrael. All of Israel are responsible for one another, and through Klal Yisrael's observance – all receive reward. The entire Israeli nation is considered as one person, as it says: "You are My sheep, the sheep of My pasture, you are Man." (Yechezkel 34:31) Just as a person has a head, eyes, and a heart – so, too, in Klal Yisrael there are those who are called, "the heads of the congregation," and others, "the eyes of the congregation." The righteous are the heart of Israel. Each person has to observe the mitzvot that is relevent to him, and in the aggegrate – Am Yisrael is a whole person. However, an individual Jew cannot fulfill all of the mitzvot of the Torah.

Based on this, the Meshech Chochma explains in the following manner. When Am Yisrael are all together, it says: "The entire people responded together and said, 'Everything that Hashem has spoken we shall do!'" When they are all together, they are capable of doing the entire Torah. However, when each one does the mitzvot as an individual, it says: "Everything that Hashem has said, we will do and we will listen." There are mitzvot that we can do, but there are mitzvot that are not possible for each person to do. However, "we will listen" – i.e., we will learn them, and, thereby: "Whoever learns the laws of the sin-offering – it is as if he offered a sin-offering." (Menachot 110a) Therefore, some of the mitzvot we will learn – "listen," and some, "we will do."

This principle can also be seen in Kriat Shema. The first portion of Kriat Shema is said entirely in singular: "Ve'ahavta ... bechol levav'cha u'vechol nafshecha" – "You (sing.) shall love ... with all your (sing.) heart and with all your (sing.) soul." (Devarim 6:5) On the other hand, the second portion of Shema is said entirely in plural: "Vehaya im shamo'a tishmi'u ... U'keshartem otam le'ot all yedchem" – "It will be that if you (pl.) hearken ... You (pl.) shall bind them for a sign upon your arms." (11:13, 18) What is the difference between the portions?

Therefore, in order to receive the Torah, the prerequisite is: "Israel encamped (sing.) there, opposite the mountain"– as one person with one heart (Shemot 19:2 and Rashi). It is impossible to receive the Torah as individuals, but only as one entity. This mutual responsibily is the basis of our existence. In this difficult period, as well, in order to be spared from all troubles, it is necessary to form unity between all the parts of the Jewish nation, since all of Am Yisrael is one soul in separate bodies, as the Ba'al Hatanya writes. Let us all declare: "The entire people responded together and said, 'Everything that Hashem has spoken we shall do!"" 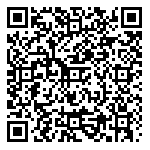