Haftorah: The Sin of Lashon Hara

In this week's Haftorah Yeshaya describes his initiation as a prophet. Yeshaya had a private "ma'amad Har Sinai" (which seems to be the connection to this week's parsha), in which he saw a vision of G-d, who was sitting on a high and lofty throne, and the Seraphim were praising Him. Yeshaya says, "Woe is me, for I am doomed; for I am a man of impure lips and I dwell among a people with impure lips." (Yeshaya 6:5) One of the seraphim takes a coal from the altar and touches it to Yeshaya's lips and tells him, "Behold, this has touched your lips; your iniquity has gone away and your sin shall be atoned for." (6:7) What was Yeshaya's sin, and how was it removed by the coal? We will mention four approaches to this issue:

1. Radak and other commentators explain that Yeshaya did not have any particular sin, but in comparison to the Seraphim and the vision of G-d's glory Yeshaya felt impure.

When the prophet heard the words of the Seraphim who were sanctifying G-d he said: It is fitting for them to see the Glory and to sanctify G-d, for they are pure and their words are pure ... but I, who am impure -- as all body of flesh is impure -- and my lips are impure from uttering the sanctity of G-d when I compare myself to them...

"He touched it to my mouth" -- He touched the coal to my mouth to remove the sin with the burn of that fire, and from here on I will have permission to speak.

According to the Radak, the "sin" of Yeshaya is his very being human, and the coal makes him fit to be a prophet.

2. Ibn Ezra explains that Yeshaya had a sin of speech like all the people of his generation, "as the prophet grew with Yisrael who were impure in their actions and speech." This sin, that of casual speech routinely found among all people, is a greater sin than according to the Radak, and the coal removes this sin: "'Your iniquity has gone away' -- This is the iniquity of speech, that he spoke folly like the manner of the people of his generation."

3. The Malbim explains that the sin hinted to here is a specific sin linked to the prophecy. In the prophecy, Yeshaya saw, "The doorposts moved many cubits ... and the Temple became filled with smoke." (6:4) The Malbim explains that the Temple is a parable to the world. G-d was angry because of the "doorpost guards," i.e., the prophets, who did not rebuke Am Yisrael. The sin of Yeshaya, "of impure lips," is that he did not rebuke Yisrael properly, and the nation is also impure because they did not listen to the rebuke of the prophets. The angel who was sent to him is Michael, the angel of Israel, who is appointed over prophecy and delivers to him the words of prophecy (symbolized by the coal) which are similar to fire: "By your accepting the prophecy and going in My errand to prophesize and rebuke -- through this, 'Your sin will go away.'"

4. Chazal have a different approach to this topic. The Gemara in Yevamot 49b relates that Yeshaya's mouth was sawed because he spoke slander about Israel when he said, "I dwell among a people with impure lips." Rashi writes, "He was punished that his mouth was sawed because he called Yisrael a people with impure lips on his own, not by G-d's command and not as rebuke." The Yalkut Shimoni similarly writes (II:406):

Eliyahu also complained against Bnei Yisrael and said, "They have forsaken Your covenant." (Melachim I 19:10) There, too, G-d prepared for him an "ugat retzafim" (coal-baked cake), which R. Shmuel b. Nachmani sees as an allusion to smash the mouth of one who slanders Bnei Yisrael.

A prophet, whose function is to speak, must speak good about Am Yisrael. Even in his rebuke, he must express love, and to others -- even to G-d -- he must speak only good. "They say about Eliyahu and Hoshea (who complained about Am Yisrael) that they were cruel -- they certainly were not cruel." (Yalkut Shimoni II:531) Indeed, Yeshaya learned his lesson, as the Midrash concludes:

When Yeshayahu realized this, he began justifying Israel and advocating on their behalf. What does it say at the end of his prophecy? "My L-rd, Elokim, has granted me a tongue for teaching" (50:4) -- He taught me to advocate on their behalf! 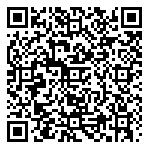