The Burning Bush and the Three Signs

The angel of Hashem appeared to him in a blaze of fire from amid the bush. He saw and behold! The bush was burning in the fire but the bush was not consumed. Moshe thought, "I will turn aside now and look at this great sight - why will the bush not be burned? Hashem saw that he turned aside to see; and G-d called out to him from amid the bush ... "Do not come closer to here, remove your shoes from your feet, for the place upon which you stand is holy ground."

This event can reveal the secret of Moshe's errand to Egypt. What was Moshe's question, and what was G-d's answer? "The bush was burning in the fire" - this is a metaphor for the state of Bnei Yisrael, who were steeped in the defilement of Egypt, which is the source of defilement in the world. Despite all, "the bush was not burned" - their holiness is not burned by the defilement of Egypt. This was Moshe's question, "Why will the bush not be burned?" - How could the sanctity of Israel endure in the midst of such defilement?

G-d responded to him, "Do not come closer to here, remove your shoes from your feet, for the place upon which you stand is holy ground." - Bnei Yisrael are holy and pure in essence, and this is their eternal reality, as it says: "You are children to Hashem, your G-d." (Devarim 14:1) Thus, R. Meir says, "Whether [they do G-d's will] or not they are called children." (Kiddushin 36a) It is impossible to defile the inherent nature of Am Yisrael; any defilement is only external. This is what G-d says to Moshe, "Do not come close" - do not look at Am Yisrael from an earthly, natural perspective, because they are above nature. "Remove your shoes from your feet" - rise above the material perspective that you are standing in, "for the place upon which you stand is holy ground." - Israel are holy to G-d, and it is impossible to dirty the sanctity of Am Yisrael even though they are steeped in the forty-nine gates of defilement, as it says: "He perceived no iniquity in Yaakov, and saw no perversity in Israel." (Bamidbar 23:21) In their essence they have no sin. All the dirt is external.

Based on this we understand the idea of the three signs. Moshe claimed: "But they will not believe me and they will not heed my voice." (Shemot 4:1) Why did Moshe suspect that Bnei Yisrael would not listen to him? Because Moshe looked at the state of Klal Yisrael, who were in the forty nine gates of defilement, and therefore wondered, how is redemption possible in such a state? Redemption is that Am Yisrael return to clinging with G-d, and in such a state of defilement - how will they succeed in clinging to G-d?! This is what Moshe said, "But they will not believe me." In response to this G-d gave him three signs, within which were embedded the Divine intention, which is the secret of the redemption.

The first sign - "Hashem said to [Moshe], 'What is this in your hand?' And he said, 'A staff.'" (4:2) There is a stick and a staff. A stick is used to hit and beat with, whereas a staff is relied and leaned upon. A stick symbolizes destruction, and a staff symbolizes building. Therefore, G-d says to Moshe, "Cast it on the ground, and he cast in on the ground and it became a snake." (4:3) The snake is the source of defilement, and its root is from the realm of destruction, to say that when the staff falls to the ground it turns into a snake. However, G-d says to him, "Stretch out you hand ... and it became a staff in his palm." (4:4) He will become once again a staff from the realm of building, to show that something that is inherently good - even if it falls, can return to its source and turn once again to good. So, too, Am Yisrael, even when they are in the forty-nine gates of defilement, since their root is good, and they are children of Hashem, they are not detached and can return to their root - because at their root, Israel cling to Hashem.

Then, G-d gave the second sign: "Hashem said further, 'Bring your hand to you bosom' ... and behold! his hand was leprous, like snow." (4:6) "A leper is considered as dead." (Nedarim 64b) The metaphor is that even though Am Yisrael had sins for which they deserved karet and capital punishment, even in such a state they can return to their source, similar to resurrection. G-d thereby demonstrated to him that he should show Israel that even though they are considered dead - they can return to their source. This is G-d's response to Moshe with these two signs.

The third sign, on the other hand, was for Israel, because Am Yisrael were idolatrous in Egypt, as the             Midrash states: "The [Egyptians] are idolaters, and [Israel] are idolaters." How is it possible that they should be redeemed? However, at the Exodus, G-d uprooted and obliterated the idolatry of Egypt, as it says, "on their gods Hashem had inflicted punishment." (Bamidbar 33:4) The waters of the Nile were the idolatry of the Egyptians, and turning it to blood was the symbol of annulling the idols. Therefore, when they heard this, "the people believed," (Shemot 4:31) They believed in this renewed trust that G-d revealed to them, that it is in their ability to return to the source, and thereby merit the redemption. 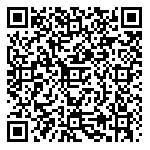