All That Hashem Does is For the Good

"On that day Hashem will be One and His Name will be One." (Zechariah 14:9) Is this to say that nowadays Hashem is not One? R. Acha b. Chanina says: The world to come is not like this world. In this world, on good tidings one says the bracha of "hatov vehameitiv" (the One who is good and does good), and on bad news one says "dayan ha'emet" (the true Judge). In the world to come, everything is "hatov vehameitiv." (Pesachim 50a)

The exile of the Jews in Egypt was an event of awesome proportions, and because of this Chazal tried to determine what sin caused such a harsh punishment. One of the possibilities, which bears a relevant message for us, is the severity of "sin'at chinam" (baseless hatred) between the brothers and Yosef. However, in truth, the exile was already predestined at the "brit bein habetarim." Yosef's errand to his brothers at Dotan, the immediate cause leading up to the exile, was guided by Divine intervention to bring about the fulfillment of His master plan. Chazal say that Yaakov should have been brought to Egypt in iron chains, but Hashem had mercy on him and brought him to Egypt in an honorable way to meet his son, the viceroy to the king. He was like a cow that does not want to walk to the slaughterhouse because she subconsciously senses her fate, so her calf is led ahead of her, and she follows it to her death.

In this idea there lies a deeper point. It is obvious that Hashem controls everything that occurs. Moreover, when man tries to counteract Hashem's plan, not only will he be unsuccessful, but also ultimately it will become apparent that the very action is what caused Hashem's plan to be fulfilled. This can be seen from the fact that all of the actions that Yosef's brothers did to counteract his dreams eventually led to the fulfillment of those same dreams. When Yosef said to his brothers, "And now: It was not you who sent me here, but G-d" (45:8), the brothers finally realized their tremendous mistake. Perhaps this is the reason they were unable to answer him, "Because they were left disconcerted before him" (45:3), when they recognized the Divine Truth.

Chazal associate the pasuk, "The faith [Emunat] of your times will be the strength of your salvations, wisdom and knowledge; fear of Hashem -- that is [man's] treasure" (Yeshaya 33:6), with the six sections of the Mishna. "Emunah," faith, refers to Seder Zera'im, because belief in Hashem and His laws of nature are necessary before any man will plant. In the planting process, the seed rots, which is seemingly the opposite of the desired effect. Only through faith in G-d does one plant and hope to harvest fruits in the future.

We are told, however, that in the future, "The plowman will meet the reaper" (Amos 9:13), as there will be no time gap between the planting and harvesting. As soon as one plants, he will see the final results of his labor. We will become accustomed to perceive reality from a Divine standpoint, for "Eye to eye they will see, when G-d returns to Zion." (Yeshaya 52:8) Our eyes will perceive as eyes from above, and when we return to Zion we will be "like dreamers," realizing that we have been viewing the past mistakenly. On everything that appeared bad to us we will be able to bless "hatov vehameitiv," and then Hashem will be truly One. 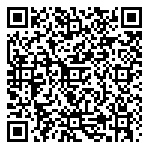