The Chatam Sofer writes in his commentary that the parshas that we are dealing with correspond to events and periods that Am Yisrael will experience in the future.

Parshat Vayishlach parallels the period in which Am Yisrael is beaten and humiliated by the rest of the nations, as the Ramban (Breishit 32:26) writes about the struggle between Yaakov and the angel of Esav:

The entire event is an allusion to future generations. There will be a generation among Yaakov's descendants that Esav will dominate to the point that he will almost destroy them...

What would they do during the generation of destruction? They would bring balls of iron and heat them in the fire and place them under their armpits until they caused their death. There are other generations in which they did like this to us and worse. We have suffered it all and it has passed over us as it says: 'Yaakov arrived intact.'" (33:18)

Since the struggle between Yaakov and the angel of Esav is an allusion to the future, let us look more deeply into this issue. Chazak comment in Masechet Chulin (91a):

Yaakov was left alone and a man wrestled (vayei'avek) with him until the break of dawn. When he perceived that he could not overcome him, he struck the socket of his hip; so Yaakov's hip-socket was dislocated as he wrestled with him. (Breishit 32:25-26)

R' Yehoshua ben Levi says: This teaches that they raised the dust (avak) of their feet up to the heavenly Throne. It says here: "Behei'avko imo" (as he wrestled with him), and it says there: "Va'anan avak raglav." (clouds are the dust of his feet).

In Hebrew, "wrestled" (behei'avko) and "dust" (avak) share the common root "AVK." The Baal Turim adds that in Hebrew the numerical value of "vayei'avek" (wrestled) equals that of "kisei hakavod" (heavenly Throne). This association needs to be clarified. What is the significance of this dust, and what does it mean that the dust rose all the way up to the heavenly Throne? Moreover, Chazal add: "Any peddling ... any trade ... any wars that Am Yisrael wages and succeeds ... any Torah that Am Yisrael studies in this world is from the merit of Yaakov Avinu's dust." (Shir Hashirim Rabbah ch. 3) What is this "dust"?

There is a difference between earth (afar) and ashes (efer). Earth has the power to allow growth in the future, whereas ashes that remain after the fire do not allow for any growth. They are a past without a future. The "dust" refers to ashes (as the Zohar writes). It is a material that does not produce any fruits, which has no future. It is dead substance.

The struggle between Yaakov and the angel of Esav is over this point. Esav's angel struggles against Yaakov's inner self, and wants to influence him with the culture of "exterior dust" that holds no value, because Esav's strength is externality. The dust symbolizes the outer impression that is used to hide the inner content. When there is dust, it is impossible to see the combatants themselves. This was the purpose of Esav's angel by raising the dust - to cover the inner content of Ya'akov and hide the truth itself.

Indeed, in this world, which is a world of false impressions, it is possible to hide things and cover up the truth with dust. However, this is only "up to the heavenly Throne" – the point of truth where the name of Yaakov Avinu, who embodies truth, is engraved: "Grant truth to Yaakov." (Micha 7:20) In this struggle Yaakov triumphs: "He perceived that he could not overcome him" – Yaakov remained free of Esav's exterior influence. Still, he managed to discover a weak spot: "He struck the socket of his hip." What is that spot?

The Zohar says: There are 365 sinews that parallel the 365 days in the year, and gid hanashe parallels Tisha B'av. "Therefore Bnei Yisrael are not to eat the gid hanashe" (Bereishit 32:33), corresponds to the day that has no eating or drinking, i.e., Tisha B'av. The Zohar further writes: Whoever eats or drinks on Tisha B'av, it is as if he ate from the gid hanashe.

The Second Temple was destroyed by baseless hatred. How is baseless hatred created? When there is outward boasting, when a person lords himself over his fellow - he hates him for no good reason, just because his friend prevents him from being noticed.

The gid hanashe was infected by the Satan's exterior "dust," which later caused the destruction of the Second Temple by the kingdom of Edom – that is, Esav. The correction is: "Therefore Bnei Yisrael are not to eat the gid hanashe," which led to baseless hatred and destruction, and this is the fast of Tisha B'av.

However, this sinew was only displaced from its proper position, but it will later return to its proper position: "The sun rose for him ... and he was limping on his hip." (Bereishit 32:32) The dust blinds the eyes and conceals the truth, but the sun shines and reveals the truth. When we look at the world in the proper light, we'll be able to see Yaakov Avinu's truth, and that all the outward boasting has nothing to stand on.

Unfortunately, there are those who sink to this outward boasting, but it is only temporary. In the end of the process they will discover the truth when the sun rises, and then the light of the redemption will rise and the pasuk will be fulfilled: "For behold, darkness may cover the earth and a thick cloud [may cover] the kingdoms, but upon you Hashem will shine and his glory will be seen upon you." (Yeshaya 60:2) 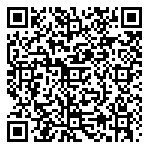