Haftorah: The Kingdom Will be Hashem's

The GR"A has a well known interpretation of the pasuk, "For the kingship ("melucha") belongs to Hashem, and he rules ("moshel") the nations." (Tehillim 22:29) He points out that there is a difference between the connotation of king and that of ruler. "King" connotes a reign that is accepted by the people and has their consent, whereas "ruler" connotes a reign by force, against the will of the people. Based on this, the GR"A explains that Hashem is King over Am Yisrael, since they are his chosen people and willingly accept the yoke of his reign (despite the fact that it is a yoke). However, over the nations Hashem is a "ruler" -- with might and force, since they do not recognize G-d's greatness. In the future, however, G-d's kingdom will extend even over the nations, because even in the Mountain of Esav they will know of G-d's greatness and will accept his reign willingly. This is what the pasuk says, "Hashem will be King over all the land." (Zechariah 14:9) Ovadiah similarly says in the final pasuk of the Haftorah, "Saviors will ascend Mount Zion to judge the Mountain of Esav, and the kingdom will be Hashem's." Instead of "He rules the nations" -- by force and without recognition -- in the future G-d will be king, willingly accepted, also in the Mountain of Esav.

There is another important idea, related to G-d's guidance of the world, found in our pasuk. Note that the pasuk talks of two phenomena, each of which -- in its own manner and context -- leads to a single conclusion:

"to judge the Mountain of Esav"

These two phenomena -- the salvation of Mount Zion and the judgment of Mount Esav -- give rise to the kingdom of Hashem. This analysis of the pasuk leads to a new insight into the nature of punishment that G-d brings upon sinners. We know that Heavenly punishment does not flow from G-d's anger, as is customary with the human punishment. Heavenly punishment comes out of G-d's love of truth and His desire to educate, cleanse and purify. "Hashem admonishes the one He loves." (Mishlei 3:12) "Afflictions cleanse." (Yoma 86a based on Tehillim 89:33)

The punishment, however, serves another purpose, that of Kiddush Hashem. Yeshaya says, "Everyone who is called by My Name I have created for My glory." (43:7) In the ideal situation, the sanctification of G-d's Name is brought about through rewarding the righteous. When people see that one who walks in the way of Hashem is rewarded, they clearly see the existence of G-d: "You shall choose life, so that you will live, you and your offspring." (Devarim 30:19) This is G-d's request and command to those who believe in Him, to bring about a Kiddush Hashem in a positive manner. A person who chooses evil and follows the path of "tumah" does not change the fundamental purpose of creation, Kiddush Hashem. However, the sanctification that comes about through him is achieved when he is punished for his sins, since this, as well, shows that there is a leader to Creation who repays to each man as he acts.

The principle that emerges from this is that each person and each nation causes Kiddush Hashem -- whether willingly or by refusal. The only difference is the manner of Kiddush Hashem that comes about through them, whether good or bad, and this depends on their free choice. This is what Ovadiah says:

"Saviors will ascend Mount Zion: -- to save Yisrael, the cherished nation;

"to judge the Mountain of Esav -- to punish the wicked;

"and the kingdom will be G-d's!" -- either way a Kiddush Hashem will ensue. 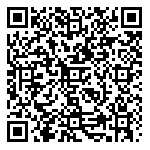