Seclusion for the Purpose of Inclusion

When Yaakov awoke from his famous dream and realized that the place where he had slept was graced with G-d's presence, he took the stone upon which he had slept and erected it as a "matzeiva," a sacrificial pillar. He then vowed his commitment to G-d, concluding with the pledge, "This stone that I have set up as a pillar ("matzeiva") shall become a House of G-d." (Bereishit 28:22) Rav Kook, zt"l, in his letters, explains this verse based on the definition of the Rambam (Hil. Avoda Zara 6:6) that a "matzeiva" is a stone that serves as an open religious center, around which anyone wishing to serve G-d may gather. In contrast, a house is a center enclosed with walls, open only to those who are allowed entrance.

The manner of our patriarchs' worship varied, and it developed gradually. Chazal express this idea by pointing out the terms used for the Temple mount, "Not like Avraham who called it a mountain, not like Yitzchak who called it a field, but rather like Yaakov who called it a house." (Pesachim 88a) A mountain is a high place, visible to all around it. Avraham called out in the name of G-d to all, and accustomed the nations to the notion of monotheism. This belief, however, was abstract and general, without an accompanying set of practical commandments. Yitzchak had a more detailed religious practice, which required him to begin a process of isolation. This is symbolized by a field, which is still open, but not visible from afar. The process culminated with Yaakov who withdraws with his family into his house, and teaches them a comprehensive and detailed way of life, completely detached from the world at large.

This, then, was the intention of Yaakov: This stone that I now set up as a pillar -- a public center for what is still an abstract belief, fit for all people -- will be in the future a House of G-d. It will be a house surrounded with walls, into which only the family of Yaakov will enter, for only Bnei Yisrael are fit for a religion defined by a detailed practice of Torah and mitzvot.

This detachment, however, is for the ultimate purpose of influencing, seclusion for the purpose of inclusion, as stated in the Zohar, "The demonic forces of evil begin with attachment and end with separation; the Heavenly forces of holiness begin with separation and end with attachment." It is impossible for a person or a nation to influence others without first undergoing a process of seclusion and self-fulfillment. When a cup is not filled, it cannot run over. It is Yaakov, who completely isolated himself in a house surrounded with walls, who will ultimately expand without bounds. "I will give you the lot of your father Yaakov" (Yeshaya 58:14) - a lot without boundaries. (Shabbat 118a)

In the end of days, the nations of the world will recognize the worth of Israel, and the will see the importance of religious practice and its influence on the Jewish nation. They will aspire to join with Israel, and to learn from them, not only religious belief, but also a specific way of life. Yeshaya declares this in his famous prophecy (2:2-4):

The Gemara states (Shabbat 21b): "The Chanukah lamp should be placed, ideally, at the opening of one's house outside, but in a time of danger it is sufficient to place it on one's table." The idea of the light of Israel is to brighten the outside, so that the entire world will be able to benefit from and enjoy its light. However, in a time of danger, when it is impossible for us to influence others, we seclude ourselves in the house, and brighten our table alone. We continue to hope, nonetheless, that ultimately we will have more than enough light, in order to once again take the candles outside to brighten the land with them. 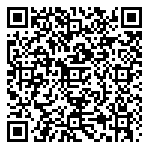