Train the Youth According to his Way

On the verse, "The lads grew up and Esav became one who knows hunting, a man of the field; but Yaakov was a wholesome man, abiding in tents" (Bereishit 25:27), the Midrash comments (Bereishit Rabbah 63:14):

Chazal compare Yaakov to a myrtle and Esav to a thornbush that were growing one upon another. The Midrash wants to heighten contrast between Esav and Yaakov already in the beginning of their way, but it was not evident until after thirteen years. They both went to the same school, they both received the same education, but after thirteen years, each one went off on his way - this one to the houses of study and this one to the houses of idol-worship.

Rav Hirsh, in his commentary to the Torah, points an accusing finger for the educational failure of Esav towards Yitzchak and Rivka. He writes:

One who educates Yaakov and Esav on the same bench, developing the same habits, and training them as one for a life of learning and meditation, is guaranteed to ruin one of them. Yaakov will draw from the spring of wisdom with an increasingly strengthened desire, whereas Esav will just look forward to the day when he will throw behind him the old books, and along with them the whole purpose of a life that he recognized from only one angle, and in a way that he abhors by his very nature. Had Yitzchak and Rivka succeeded in directing the boldness and strength latent in Esav's soul for the service of Hashem, then Esav would not have been a mighty hunter, but rather mighty before Hashem, and Esav's sword would have sealed a covenant with the spirit of Yaakov.

Rav Hirsch's words are very sharp. Who are we to criticize the ways of our holy patriarchs, and had he not written it we could not have said so. However, the educational message embedded in his words is correct, that it is impossible to raise two children, who are of completely different nature, in the same educational manner. Education that is not appropriate to the child's nature causes rebellion and detachment from the path in which he is raised. Therefore, it is important to evaluate the character of each child and to see in which educational way he belongs, and to lead him on his way to that goal.

This is what it says, "Train the youth according to his way; even when he grows old, he will not swerve from it." (Mishlei 22:6)

Rav Volbe writes him in his work (Zeriah U'vinyan B'Chinuch) that it is obvious that a banana plant requires different care that an apple tree. If we grow a banana plant and an apple tree and we give them both identical care, at least one of them will not grow well, and maybe neither one will bear fruit. The same is true for raising and educating children; it is impossible to raise all children with the same educational method. It is necessary to recognize the personal characteristics of the child and to consider them, and based on this to educate him.

Similarly the GR"A writes in his commentary to Sefer Mishlei on the verse, "Train the youth according to his way" - according to his inherent quality and nature educate and lead him to do mitzvot, and then also when he becomes old he will not swerve from it. However, when you force him against his nature, he will obey you now out of fear, but afterwards, when your yoke is off his neck, he will leave it because he cannot break his inherent qualities.

This teaches that forced education against a person's nature achieves the opposite goal, and there is a danger of rebellion and running away from the path in this kind of education. "Train the lad according to his way" - his own way; the verse requires individual education for each and every one. The goal of education for Torah and mitzvot is one, but the paths leading to this goal change according to the nature and talents of the child, and not every method is appropriate for all.

From this comes a clear demand to parents, that they must recognize their children and give them the appropriate education so that the planting will be good and the spiritual development should be appropriate for the child so that they will be able to see "a generation of the upright who will be blessed." 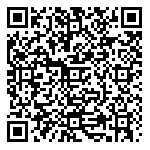