Haftarah: "I Dwell Among my People"

The passage of the Shunamite woman stands at the center of this week's Haftarah, due to her similarity to Sarah, who stands at the center of the story in the beginning of this week's parsha. The Shunamite is called "a great woman" (Melachim II 4:8), and the comparison to Sara proves her greatness. While many commentators explain her greatness on the material realm – e.g., "wealthy" (Radak), "rich and honorable" (Da'at Mikra) – Chazal explain her greatness on the spiritual realm: "Great in her actions" (Zohar"),' "fearing of sin" (Targum Yonatan). Placing her alongside the matriarch Sarah certainly strengthens this aspect of her greatness.

This spiritual greatness is expressed not only in that she was deserving of the miracle of the resuscitation of her dead son, but also in her relationship to the prophet Elisha, the very hospitable manner that she hosted him, and in her ability to sense that "He is a holy man of G-d." (Melachim II 4:9) However, her true greatness is evidenced in her words, "I dwell among my people" (Melachim II 4:13) – an expression that shows a noble quality, that of humility and simplicity. This quality is expressed in her words on three levels.

The first aspect is on the practical, worldly level. Elisha asks, "What [favor] can be done for you? Can something be said on your behalf to the king or the army commander?" (4:13) Elisha, who was very well known and a man of influence with the government, offers to the woman his good connections. However, in her simplicity, she rejects his offer: "I dwell among my people." Rashi explains: "No one is harming me; I do not need the king or army commander." She does not need, and does not want to take advantage of her relationship with the prophet, and to utilize her kindness towards him. She hopes to manage on her own with her family, which reflects on simplicity and humility. Her words express what is said in Mishna Avot: "Be like servants who serve the Master not on condition to receive reward." (1:3) "Do not make them a crown to make yourself great, nor a shovel to dig with." (4:7)

Another facet to this statement on the spiritual level can be learned from the explanation of the Malbim. The Malbim explains at length the woman's activities based on Chazal's dictum: "Whoever hosts a talmid chacham in his house and gives him food and drink, it is as if he offers the daily sacrifice, as it says, 'a holy man of G-d.'" (Berachot 10b) Indeed, the table is like an altar, "and just as through the sacrifice the Divine Presence dwelled in Israel ... so, too, a man of G-d is a proper place for the dwelling of the Presence ... and one who feeds him with proper intention is offering the daily offering." The Malbim's emphasis, "with proper intention," explains on a different level why she refused to accept Elisha's offer to speak on her behalf to the king. If she were to "use" the prophet, all of her service would be considered, "not for its own sake," whereas, "she offered her bread for a pleasing fragrance with the best intention and with proper intention," and therefore she refused his offer.

A third aspect can be found in the Zohar's interpretation, which raises these verses to upper realms. "It happened one day" (4:11), the Zohar explains – this is Rosh Hashana. "The king" – this is the King of kings, and the commanders of the army are his angels. Elisha offers her assistance and prayer not from a mortal king, but from the true King on the Day of Judgment, on the day that He remembers all human creatures. Her answer, "I dwell among my people," means: I do not want that I should be mentioned and paid attention to other than among my nation. (Based on the Zohar I, 69b) This response emphasizes an important facet of the service of Rosh Hashana – uniting the entire community together, and annulling the unique feeling of the individual, which gathers together into Klal Yisrael.

The Rosh Hayeshiva zt"l explained in this way the famous statement cited in Tur (Orach Chaim 581) in the name of the Yerushalmi: "For which is a great nation: The common practice is that a person who is on trial wears black clothes ... but Israel are not so. They wear white ... and eat and drink on Rosh Hashana, because they know that G-d will do a miracle for them." The Rosh Hayeshiva asked, from where is this confidence in a miracle? Where is the depth of judgment? He answered that judgment is for the individual, but the nation as a whole is confident that it will be exonerated in justice, because sin itself flows from the separation of the individual from the community. The community itself has no connection of sin, "as the definition of sin is the state of separation from the community, and the essence of repentance is the return to the general framework." (Asufat Ma'arachot, Yamim Norarim p. 104) Therefore, every person who annuls his individualism and is included in the nation with true love of Israel, he is sure that G-d will exonerate him. This is what the Shunamite meant on Rosh Hashana before the King of kings, "I dwell among my people." 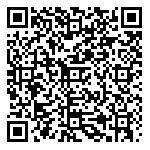