Turning Over Sodom and Amora

After the flood, G-d said: "I will no longer curse the earth on account of man ... and I will no longer smite every living being as I have done." (Bereishit 8:21) Yet, as a result of the sin of the people of Sodom, G-d destroyed all the cities, the entire plain, and its vegetation.

The Gemara in Sanhedrin (109a) tells of the strange laws that were in Sodom, laws that turned justice into the opposite of rightful: A person who owned a bull had to watch all the city's animals for one day, whereas one who had no animals had to watch for two days. A person who crossed the bridge would pay one zuz, whereas one who went around the bridge would pay two zuz. When someone would injure his friend, the injured party would pay the aggressor the salary for bloodletting.

The sefer Be'er Yosef explains that for this reason they were punished with turning over the cities, as retribution for turning over justice. "The four [cities] sat on one stone, and He turned them upside down, as it says, 'G-d stretched out His hand to the flint and overturned mountains from the root.' (Iyov 28:9) (Midrash Rabbah, cited by Rashi.)

But why was the earth turned over? It was because the land caused their sin. Their laws were a way of preventing strangers from coming close to their land, so that others would not benefit from their abundant land.

The Gemara teaches: "The people of Sodom were haughty because of the good that G-d bestowed upon them ... They said: Since [we have] "a land from which comes bread, and has gold dust,' why do we need passerbys, who come only to take of our wealth? Come and let us erase trespassing from our land." (Sanhedrin 109a) Therefore, they ordained strange laws and established wicked judges to punish anyone who violated them, as the Gemara relates about the young lady who hosted guests. Even though these laws were aimed against foreigners, once they became accustomed to them, this way of life became natural and customary. Because the reason for their sin was so that foreigners should not benefit from their land, their punishment was that their land should become, "sulfur and salt, a conflagration of the entire land" (Devarim 29:22), and no one would again pass through.

This sin was worse than the sin of the generation of the flood. There the sins were of individual people, but in Sodom, the laws were anchored in law. Robbery and theft were the law of the land, and one who dared violate the law was punished. Thus, they were all turned cruel through the education of the state, and therefore they all gathered around the house of Lot, from large to small, because he dared to receive guests in his home. Even though this did not harm them, there was zeal here for the laws of the state. "There was not even one righteous one amongst them." (Rashi)

Thus, corrupt laws can train the people to do bad, and it will become natural for them.

It is told that the GR"A stipulated with the community leaders in Vilna, that they should not bother him with communal issues, unless they wanted to institute new practices in the community. As time went on, many people from all around began coming to collect charity in Vilna, which was a major Jewish city. This reduced the "income" of the poor of Vilna. The community leaders decided to institute a new rule, that the poor of the nearby cities should not be allowed to collect money in Vilna - "the poor of your city come first." According to the agreement between them, the communal leaders presented their new enactment to the GR"A for his approval. The GR"A said in surprise: We agreed that only new rules will be brought to me. The community leaders said to him: This it s new rule. He answered them: This institution is already recorded in the books of the Va'ad arba artzot. When the gabbaim expressed their surprise that they do not recall such an enactment in the books of the Va'ad arba aratzot, he answered that this is mentioned in the annals of Sodom, Amora, Adma and Tzvoyim. 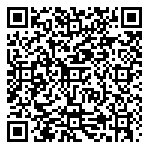