How Lovely are your Footsteps

After Avraham's victory against the four kings, the King of Sodom says to him: "Give me the people, and take the possessions for yourself." (Bereishit 14:21) Avraham answers him: "I lift up my hand to Hashem, G-d, the Most High, Maker of heaven and earth, if so much as a thread to a shoe strap; or if I shall take from anything of yours! So that you shall not say, 'It is I who made Avraham rich.'" (14:22-23) Avraham mentioned the thread and shoe strap. Chazal saw in these two items an allusion to two mitvot that Am Yisrael will have in the future: "thread" is the mitzvah of tzitzit, and "shoe" is the mitzvah of aliya l'regel (pilgrimage). What is the connection between "shoe" and the mitzvah of aliya l'regel?

Furthermore, on the verse in Shir Hashirim, "How lovely are your steps in shoes, O daughter of nobility" (7:2), the Gemara expounds: "How lovely are the steps of Israel when they go up for aliya l'regel. 'Daughter of nobility' - the daughter of Avraham Avinu, who was called noble." (Succah 49b). Similarly, it says in the Midrash, "to a shoe strap - these are the footsteps of the pilgrims." (Bereishit Rabbah 43:13) Again, Chazal connect what Avraham said to the King of Sodom to the mitzvah of aliya l'regel. What is the common idea that connects them?

The reason for the mitzvah of aliya l'regel is to convey that G-d is Master of the World, since this mitzvah occurs three times a year, during the spring, harvest and gathering seasons. This is the time that man is busy with his land and his crops, and there is danger that in these seasons he can think, "My strength and the might of my hand made me all this wealth." (Devarim 8:17) Therefore, the Torah commands a person in these specific seasons to leave his house and to go up to Yerushalayim, "before the Master, Hashem, the G-d of Israel." He abandons his house and his fields, and observes the mitzvah of aliya l'regel to Yerushalayim.

Thus, the Midrash (Shir Hashirim Rabbah 7:1) tells of two rich brothers who lived in Ashkelon and had bad non-Jewish neighbors. The neighbors said, "When the Jews will go up to Yerushalayim we will enter their houses and take all their possessions." The time for aliya l'regel came and the brothers went up to Yerushalayim. So that the neighbors should not enter their houses, G-d arranged for angels in human form. The Midrash also tells of one who forgot to lock his doors, and he went up on pilgrimage. When he came back he found a snake tied to the rings of his doors - thus G-d protected them.

We can now understand the words of the Midrash with which we began: "In the merit that Avraham said to the King of Sodom, 'If so much as a thread to a shoe strap; or if I shall take from anything of yours,' Am Yisrael merited the mitzvah of aliya l'regel." We asked, what is the connection? Avraham Avinu recognized that G-d is Master of the World, as it says in the Gemara (Berachot 7b) that Avraham Avinu was the first to call G-d "Master." Avraham recognized that G-d is Master of all the possessions that exist in the world. Therefore, Avraham says to the King of Sodom, "I shall [not] take from anything of yours! So that you should not say, 'I made Avraham rich'" - everything that I have is from the Master, Hashem, G-d of Israel. Consequently, we merited the mitzvah of aliya l'regel, which is the expression of recognition of G-d as Master: "Before the Mater, Hashem, G-d of Israel."

This is the meaning of, "How lovely are your steps in shoes, O daughter of nobility" - this is the daughter of Avraham Avinu. Because of what he said "to a shoe strap," we merited the mitzvah of footsteps, of those going on aliya l'regel. 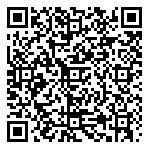