The Merit of Serving the Public

What is the comparison between Moshe and Noach?

The Meshech Chochma explains: There are two ways of serving G-d. One person dedicates himself to the service of G-d, keeps to himself, and spends all his days studying Torah. However, there is also a second way. A person serves the public, putting their needs before his, and dedicates his life for them. In his free time he studies Torah.

Logically we would assume that the person who spends all his days studying Torah and keeps to himself will attain very high levels of Torah and yirat Shamayim. The person who serves the public, on the other hand, will have to lower himself, as Kohelet (7:7) says: "For oppression makes the wise foolish." There, the Midrash Rabbah states: "R. Yehoshua b. Levi said: I learned ... eighty halachot about plowing the grave, but because I was so busy serving the public I forgot them."

Yet, here we find the exact opposite. Noach, who kept to himself and didn’t care for his generation, deserved to be destroyed along with his generation, as it says: "But Noach found grace (chen) in the eyes of Hashem." (Bereishit 6:8) Chen indicates "chinam" (gratis) – he was saved due to G-d's grace, but did not really deserve to survive the flood. (See Bereishit Rabbah 29 and Sforno.) Therefore, at first he was called "a righteous man," but because he cared only for himself he was later lowered to be called "man of the earth."

Moshe Rabbeinu, on the on the other hand, who dedicated himself completely to Klal Yisrael, was called at first "an Egyptian man." Because of this he had to flee to Midian, as it says: "Moshe fled from before Pharaoh and settled in the land of Midian." (Shemot 2:15) This is how he started out – by serving the public, and risking his life to save a Jew from his tormentor. Toward the end of his life he was called "man of G-d," as it says: "This is the blessing that Moshe, the man of G-d, bestowed upon Bnei Yisrael before his death." This teaches us that anyone who dedicates himself to the public and puts the needs of Klal Yisrael before his – not only does he not fall from his level, but rather he manages to attain new exalted levels that make him worthy of the title "man of G-d".

Noach said to Moshe: I am greater then you, because I was saved from [the fate of] the flood generation. Moshe replied: I surpassed you. You saved yourself but did not have the ability to save your generation. However, I saved myself and I also saved my generation when they deserved to be destroyed at the golden calf. How do we know this? It says: "Hashem reconsidered regarding the evil that He declared He would do to His people." (Shemot 32:14)

The AR"I z"l writes on the pasuk, "Erase me now" (Shemot 32:32) as follows: Know that Noach was similar to Moshe, yet he did not pray for his generation. That is why Yeshaya says: "For [like] the waters of Noach (mei Noach) this shall be to Me." (Yeshaya 54:9) He caused the flood, and therefore it was named after him. However, Moshe said: "Erase me (mecheini) now." He was willing to forego his entire portion of olam haba in order to save Klal Yisrael. Moshe fixed what Noach had ruined. (Likutei Torah; Parshat Ki Tisa)

This shows that anyone who serves the public attains new heights. He has special Divine assistance that allows him to reach new understandings in the Torah, more than the person who keeps to himself and is not concerned about the nation as a whole. 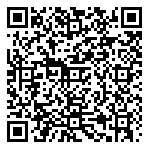