“At the end of forty days, Noach opened the window of the ark which he had made. He sent out the raven, and it kept going and returning until the waters dried from upon the earth.” (Bereishit 8:6-7)

[The raven] began arguing with [Noach]. It said to him: Of all the beasts, wild animals and birds that are here, you send out only me?He said to it: What does the world need you for? Neither for food nor for sacrifice...

G-d said to [Noach]: Accept it, because the world is destined to need it.[Noach] said to Him: When?[G-d] said to him: “Until the waters dried from upon the earth.” A certain righteous person is destined to arise and dry out the world, and I will have him need them. This is what it says, “The ravens would bring him [Eliyahu] bread and meat in the morning and bread and meat in the evening.” (Melachim I 17:6)

We need to understand, what kind of claim was this, that of all the animals you send out only me? The mission has to be assigned to someone, and if everyone were to claim this, it would be impossible to accomplish any mission? Furthermore, why, in fact, did G-d arrange for the ravens to feed Eliyahu and not, for example, the dove, which is a kosher bird?

The issue at hand is how to deal with sinners. Whether with zealotry – or with tolerance, with “the left hand pushing away and the right hand drawing close,” attempting to influence them to improve their ways, as the famous words of the Chazon Ish (Y.D. 2:16) in the name of the Hagahot Maimoniot in Hil. De’ot, that it is a mitzvah to love [even] the wicked, and therefore, nowadays, “We must draw them back with bonds of love.”

The Gemara in Sanhedrin (37a) relates that R. Zera would associate with certain ruffians, and his colleagues criticized him. In the end, when R. Zera passed away, the ruffians said, “Who will pray on our behalf?” They reconsidered and repented.

Eliyahu Hanavi was very strict. “G-d said to him: You are always zealous” (Pirkei D’Rebbi Eliezer ch. 29) Therefore G-d ordered the ravens, in particular, to provide for him, since the ravens are known to be cruel, and G-d demonstrated to Eliyahu that there are good and righteous ones even among them, and they come to feed him. Therefore, he, too, needs to be compassionate on Israel and to make sure that it should rain, since this was dependent on Eliyahu, as he said, “There will not be dew nor rain during these years, except by my word.” (Melachim I 17:1)

The commentators explain that when it says that Noach “sent out” the raven, this does not mean that he sent it on a mission, since then the pasuk should have concluded, “to see whether the water subsided,” as it says later regarding the dove. Rather, it means that he chased away the raven, as it says regarding divorce, “He sent her away from his house.” (Devarim 24:1) This is because Chazal said that three committed relations in the ark (despite the prohibition): the dog, the raven and Cham. Therefore, Noach sent him away from the ark. Thus, the raven argued with him, “Why, of all of them do you send away only me?” After all, Cham and the dog also sinned in the same way. (He used the phrase “animals and birds” euphemistically.) Noach responded to the raven that is has no purpose, unlike Cham, who can repent, and the dog, which is needed for man. In response to this, G-d said to him that the raven is also needed, since Eliyahu is destined to dry out the world, and through the raven he will learn not to be cruel even to the wicked.

With this we can understand the Gemara in Bava Batra (8a) that Rebbe opened the grain storehouses in a drought year, but did not want to support the ignoramuses, until R. Yonatan b. Amram pushed his way in unidentified, and said to Rebbe, “Feed me like a dog and a raven.” He was alluding to him with this that the dog and the raven also sinned in the ark, and nonetheless Noach supported them.

A person should train himself to judge the wicked and those who sin out of desire meritoriously. Any sin that he sees the wicked doing he should judge meritoriously ... and bring them to repentance with all his might, and he should know that he, as well, undoubtedly has a certain degree of this sin. However, he always finds merit about himself, and so, too, his should find merit and chesed about all of Israel, who are all righteous and all pure.

Noach was held accountable for this, so that the flood was named after him, “For [like] the waters of Noach, etc.” (Yeshaya 54:9), since he didn’t take care that the people of his generation should repent. 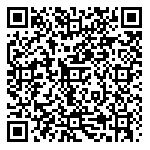