"It came to pass when Man began to increase upon the ground ... Hashem saw that the wickedness of Man was great upon the earth." (Bereishit 6:1-5) The Ramban comments: "When the Torah mentioned Noach and his sons, and wanted to begin the topic of the flood, it said that as soon as people began to increase -- they began to sin."

This is astonishing; what is wrong with an increase of people? After all, "He did not create it [the world] for emptiness; He fashioned it to be inhabited." (Yeshaya 45:18) Man was also commanded to procreate, "Be fruitful and multiply," and we say about the covenant with Noach, "To increase his descendants like the dirt of the earth." (Musaf of Rosh Hashana)

"When Man began (heicheil)." The Midrash (Bereishit Rabbah 26:5) comments that in three places this word signifies rebellion: "Then it began to call in the Name of Hashem" (Bereishit 4:26); "When Man began" (6:1); "He [Nimrod] began to be a mighty man on earth" (10:8). The Midrash further comments (B"R 23:10), why didn't the Torah specify the generations after Enosh? It answers, "Until here in the image and form [of G-d]; from here on the generations declined, and 'kintorin' were created (i.e., people were created with gross and ugly facial features, and their faces became like monkeys), and they were made profane for mazikin (damaging forces)." I.e., their sanctity declined and they became exposed to the damage of the mazikin.

We have dealt many times with the uniqueness of Am Yisrael, which is through their unity, one soul of many souls. However, there is also another aspect, the expression of the individual. G-d created Man in His image, and this has two aspects:

A person should not say, "My father is greater than your father!" All of mankind come from one source.

G-d is unique, and so created each person unique, so that each person will say, "The world was created for me." Just as their facial features are not identical, so too, their opinions are not identical. Man is unique, and this inner characteristic finds expression in the face. Therefore, the face is called "panim," since it reflects man's "pnimiut." All the animals were created according to their species, in multitudes, whereas man was the only one who was not created according to his species, but unique. The abilities and talents that one person has are not found in another, and only through self-expression does man fill his role. The foundation of sin in mankind is when man leans towards society and forgets himself. He does not know how to answer clearly the question, "Where are you?," since he lost the true sense of self. "I am in the exile." (Yechezkel 1:1) When the grandson of a saintly Jew introduced himself to the Kotzker Rebbe as the grandson of the Jew, the Kotzker rebuked him, "I asked you who you are; not who your grandfather is!"

Furthermore, it says, "G-d created Man in His image, in the image of G-d He created him." (1:27) First, in his own special image, and the, "in the image of G-d." Similarly, the Gemara in Brachot states that many did like R. Shimon b. Yochai and did not succeed, because they only "did" -- mimicked him. As well, forty days before birth it is announced in Heaven, "The daughter of so-and-so to so-and-so," and not, "the son of so-and-so."

Abandoning one's self and leaning towards society and the masses is rebellion, since doing so goes against the Creator's intent that everyone should be like Him, unique. When a person loses his special content, he loses his image, the image of G-d. His face becomes gross and ugly, he falls from his sanctity, and he becomes profane, so that he is no longer reckoned with. This was the foundation of the sin.

Just as with Adam Harishon, who lost his sense of self and could not answer clearly the question, "Where are you," so too in the continuation, man began to increase upon the face of the earth -- masses! They lost their unique image, they became like monkeys who imitate others, and thereby become profane. Thus began a new period of mankind. These are the three meanings of "Vayehi ki heicheil" -- there began a period of rebellion, one that the face became profane.

"G-d said to Noach, 'The end of all flesh has come before Me.'" (6:13) Rashi writes: "Wherever you find immorality and idolatry, androlomsia (reprisal) come to the world and kills good and evil." The question is, "Shall the judge of the earth not do justice?" Rather, man was created unique so that everyone would say, "The world was created for me." Obviously, this is not meant as haughtiness or superiority, but rather a moral obligation towards man, society, and mankind. Therefore, a person should view himself as half righteous and half guilty. If he does one mitzvah, he tilts the entire world to merit, etc. A person who hides behind the veil of commonality removes from himself any personal responsibility. He will always justify his actions as the influence of society; he could not go against the stream. This is rebellion and the nullification of sanctity.

Correspondingly, G-d judges the world not as individuals, but as a mass. When the majority sin with immorality and idolatry, G-d judges whether the Creation was worthwhile at all, since all act with commonality and are not unique. "Hashem reconsidered having made Man of earth." (6:6) Then androlomsia comes and kills the good along with the wicked.

Avraham Avinu was the first who stood up against this tendency. "Will You also stamp out the righteous with the wicked?" (18:23) He returned the "image" to its former glory, the sanctity of the individual person, responsibility for his actions. Therefore, whoever saves a single life of Israel it is as if he saved an entire world. The nations of the world remained rebellious; they lost their image and remained profane. Only about Israel does it say that one life is an entire world. When we look around at our neighbors, we clearly sense the loss of the image, the loss of the sanctity of man.

Man's nature is to be drawn in his thoughts and actions after his friends, and he acts like the people of his country. Therefore, a person has to connect with righteous people and to sit next to the wise men always, so that he will learn from their actions ...If all the nations ... were acting in a not good manner, as in our times ... he should sit alone ... And if they are bad and sinners that they will not allow him to live in their country unless he mingles with them ... he should go out to the caves and deserts! 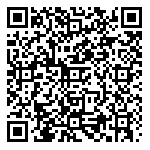