"Shem and Yefet took the garment ... and they covered their father's nakedness." (Bereishit 9:23) Rashi explains: "It does not say 'they took' (vayikchu), but rather 'he took' (vayikach). This teaches that Shem made a greater effort in the mitzvah than Yefet. Therefore, his children merited the talit of tzitzit, and Yefet earned burial for his children, as it says, 'I will give Gog there a burial place.'"

Rav Soloveitchik zt"l explains that there are two kinds of behavior, which he calls ethics and etiquette. The difference between them is that ethics require a person to do what is right even when in private, and nobody sees him. In contrast, etiquette is a matter of beauty and manners, which is dependent on people's opinion. Is does not apply when no one is there, since the basis of etiquette is human honor, which requires sensitivity for others, and when no one is there, clearly there is no need for caution.

This was the difference between Shem and Yefet. Shem's initiative to cover his father flowed from his recognition that ethics require to act this way, in order to save his father from embarrassment. Therefore, he merited a talit of mitzvah. We can understand this based on the Magen Avraham (O.C. 8:13), who cites the AR"I that it is proper to wear the tzitzit under one's clothes, and only the strings of the tzitzit should be seen outside. The tzitzit under the clothes indicate that one should act ethically even when in private and no one sees him.

Yefet did not understand that there is an issue of ethics. Therefore, he did not act until he saw Shem, and understood that Shem will value him if he would help, and hence joined, because etiquette requires so. Therefore, his children earned burial in the war of Gog and Magog, as burial is based on human honor. Since his action was motivated by human honor, he earned burial, which is also based on respect. This is what Noach blessed him, "May G-d extend Yefet, but he will dwell in the tents of Shem." (Bereishit 9:27) Yefet will have an aesthetic sense, etiquette, but this does not bring to Divine Presence. Shechina requires ethics - "He will dwell in the tents of Shem."

One who focuses on ethics is liable to forget about etiquette. He is liable to act like a robot to uphold ethics, without consideration of human honor. Chasidic literature talks of that foolish chasid who saw a midget, went over to him, and enthusiastically blessed in a loud voice, "Baruch meshaneh habriyot." Everybody becomes an "object of mitzvah" for him. He cares about fulfilling his mitzvot, but not about human honor. Avraham dealt a lot with human honor. He taught us that just like ethics is done even in private, so, too, it is done with consideration of human honor, and ethics must also be fine in the eyes of others.

The tzitzit is, in fact, worn under other clothes, according to the AR"I, but the strings are seen out. Shem earned a talit of tzitzit, which is under the clothes, because he upholds ethics also in private. However, Avraham earned string of tzitzit that are seen, because he dealt not only with ethics, but also with etiquette, and Avraham's etiquette is greater that the etiquette of non-Jews, because it is linked to ethics.

The Malbim addresses the connection between etiquette and ethics. His words are shocking, since the Malbim wrote this in the period before the Holocaust, as if he foresaw what was about to erupt. He writes on the pasuk, "Avraham said: Because I said that there is no fear of G-d in this place." (Bereishit 20:11):

[Avraham] said to [Avimelech] that even if we see a person, or nation, that is a great philosopher, who trained himself in good character based on his understanding, and he does justice, righteousness, all based on his own understanding - even so, we cannot trust that person or that nation, that when his desire will push him to do bad, his mind will overcome his desire. For when his desire burns for a beautiful woman or his friend's wealth with no one watching, then his mind will also be mislead to murder, commit adultery and do all evil. There is only one force in a person that we can rely upon that he will not sin, and that is the trait of fear that is implanted in the soul, from which comes out one branch - and that is, fear of G-d. When the soul is full of fear of G-d, Who sees his revealed and hidden [acts] and sees all his actions, then also when his inclination overcomes him, he will fear and be embarrassed from the great King who sees all his actions and he will refrain from evil ...

About this [Avraham] said: "For I said..." - even though I saw your nation that they have good traits, do justice and righteousness, and I did not see any wrong, only one lack, that there is no fear of G-d in this place - "they will kill me over the issue of my wife." I cannot rely on them, for when they see a beautiful woman, and the fire of desire burns in them, they will not be able to control their desire and they will kill me, since they do not fear G-d. The mind alone and man-ordained etiquette will not stand up to the [strong] arms of desire.

May we merit to act ethically and with etiquette, and thereby to glorify Hashem's Name! 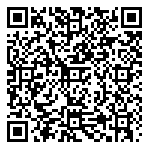