Man's Inclination is Evil from his Youth

In the Ger school of thought, they explain as follows: "Noach walked with Elokim." Elokim in gematriya equals hateva (Nature). Noach's fear of G-d came from contemplation of Nature and natural science. In contrast, Hashem told Avraham: "Go out of your horoscope!," since from Avraham begin the two-thousand years of Torah, and only through Torah is it possible to reach true fear of G-d. This is the derogatory interpretation, that Noach thought it possible to reach fear of G-d through worldly wisdom. This is why it says, "perfect in his generations," since in Avraham's generation, after it was possible to delve in Torah wisdom, one who learns fear of G-d through natural wisdom is not considered anything.

[Avraham] informed him that even if we see a person, or nation, that is a great philosopher, and he set for himself just practices and trained himself in good traits based on his intelligence, and he does justice and righteousness based on his understanding – even so, we cannot trust this person or nation that at the time that his desire sways him to do bad, that his intelligence will always overcome his desire. Just the opposite, when his desire burns in him for a beautiful woman or his friend's wealth and no one sees, then his mind will also mislead him to murder, commit adultery, and do all evil. Only one force exists in a person's soul that we can rely on it that he will not sin, and that is the trait of fear of G-d, as it says, "Fear of G-d is the discipline of wisdom," "Fear of G-d is the beginning of wisdom." About this [Avraham] said: "I said – even though I see that your nation are people of good traits, doing justice and righteousness, and I did not see in them anything wrong, [there is] just one fault – that there is no fear of G-d in this place."

The sacred wisdom is above all wisdom, in that it turns the desire and character of those who learn it ... whereas all secular sciences do not have this ability ... Therefore they cannot make those who delve in them into a new being, to uproot him from the essence of his negative traits, and to establish him in a state of a new reality, pure and alive with the light of true life, which endures forever.

So, too, in the beginning of his work, Mussar Hakodesh:

Secular ethics are not deep, and do not enter the inner parts of the soul. Even though a person is drawn after it to good, by recognizing the integrity that is in logic, this guidance does not have enduring grasp before the storming of various desires, when they arise strongly. Certainly this weak ethic is not able to lead broadly, human society in its depth and vastness, to penetrate the depths of the soul, and to turn for mankind and the individual person a heart of flesh in place of a heart of stone. There is no alternative, other than he should be directed based on Divine ethics.

He further wrote at length about the goal of education (Igrot HaReiyah #170):

The goal of education is to prepare a person for his ideal form, whose central point is to make him good and just. From the time that Avraham Avinu began to call in G-d's Name, it was our heritage, that the more that calling in G-d's name in rooted in a person heart – his goodness and justness will increase, and he will be more satisfied to himself and the entire society.

Knesset Yisrael was designated of all the nations to raise high the flag of this axiom in the world: That the goodness and justice of a person is his loftiest goal, and that calling in G-d's name and implanting this point is the most guaranteed preparation for this goal. And since the purpose of rooting the calling in G-d's name, with heart and soul, in the individual and nation as a whole requires regular study from man's early childhood, therefore the study of Torah took the primary place in Jewish education. Specifically the study of Torah, and not other studies, whose goal is only to prepare a person for the battle of life, and not to make him good and just before G-d and man. This is the classical way that our ancestors always followed, and in this way Israel's name was preserved, and they succeeded and flourished, that from the outstanding Sages of each generation came out beacons of light for the nation and the entire world. 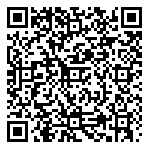