On Shavuot, the Torah commands that we offer a special korban of two loaves of bread, the shtei halechem: “You shall bring from your settlements two loaves of bread as an elevation offering; each shall be made of two-tenths of a measure of choice flour, baked after leavening (chametz te’afena) as first fruits to Hashem” (Vayikra 23:17). In general, chametz is not offered on the mizbei’ach, as the Torah commands, “No mincha that you offer to Hashem shall be made with chametz, for no chametz or honey may be offered as an offering by fire to Hashem” (2:11). The exception is the korban todah, which is offered with loaves of both chametz and matza. The two loaves of bread offered on Shavuot are a korban todah of sorts, as Shavuot is the Chag HaKatzir and we are grateful for the successful harvest. Similarly, although the pasuk prohibits offering honey or any other sweet fruits on the mizbei’ach, on Shavuot there is an exception, as we begin to offer the bikkurim.

Why is chametz generally not offered on the mizbei’ach? The Ramban explains (Vayikra 23:17) that chametz hints to the middat hadin. Wine that ferments too much is called chometz, derived from the same word in other contexts, which means something stolen. Wine that has fermented into vinegar has been deprived of its taste; no one will consume it. Similarly, the pasuk in Tehillim states, “כי יתחמץ לבבי,” “My heart was angered” (Tehillim 73:21). It lost its taste. Since the korbanot are intended to please Hashem, they are not brought from things that have soured, which symbolize middat hadin. They are similarly are not brought from sweet things, such as honey, which symbolize middat harachamim. Instead, they are brought from “balanced” items, reflecting the balance in creation between middat hadin and middat harachamim. Remarkably, on Shavuot we offer two items that are the exceptions to the general rule – the chametz shtei halechem and the sweet bikkurim, and both are referred to as “korban reishit” (Rashi, Vayikra 2:12).

The Ramban concludes: “On Shavuot, which is the day of Matan Torah, we bring a korban as korban todah, as it is a day of Atzeret… This is the deeper meaning of Chazal’s statement: All of the korbanot will be nullified, but the korban todah will never be nullified, as it includes both matza and chametz, as in the World to Come.”

Chazal and the Rishonim consider chametz to symbolize the yetzer hara, the part of us that pulls us away from avodat Hashem – the “se’or shebe’isa,” “the yeast in the dough.” In reality, however, the leavening process is what perfects the dough; it is what makes it edible. (Similarly, the fermentation process is what turns grapes into wine.)

Moreover, there seems to be a distinction between the prohibition of chametz and other food prohibitions. With regard to all other forbidden foods, we find that it is appropriate to expand the limitations even further, such as by limiting consumption of meat. But if one were to avoid chametz all year round on the basis of the prohibition on Pesach, we would consider his “chumra” to be ridiculous and meaningless. Limiting consumption of meat is not obligatory, but it has value; similarly, care taken about hygiene and avoiding disgusting things is also commendable (see Rambam, end of Hilchos Ma’achalot Assurot). In contrast, chametz and sweet things are fit for consumption, and there is no reason to prohibit them beyond the existing prohibition.

Chametz has the power of din, the power to change things. There are things in the world that are basic foods, which contain all the nutrients that a person’s body needs in order to survive, but they cannot be consumed without preparation. In order for man to make use of the nutrients in bread, they must be digested, broken apart so that the body can accept them. Cattle eat grass, digest it, and convert it into milk and meat that can be eaten by man. Man cannot eat the grass and use it to build up the cells of his body, just as we cannot “translate” the light of the sun into energy in the manner that plants do through photosynthesis.

The power that changes the makeup of a particular item – in our case, bread – and makes it fit for man is the power of din. Thus, rainfall is attributed to Hashem’s gevura, as it causes the rain through the heating and cooling of the atmosphere. Gevura/din is Hashem’s interaction with the world, and in particular natural interaction. (For this reason, “gevura” is a general name for Hashem, as in the phrase, “Moshe knew mipi haGevura.” It is incorrect to perceive gevura and din as a negative power, although it can be harmful if not coupled with chesed. A thief is referred to as “chometz” because he uses his natural powers for evil.)

Chametz reflects the power of din, the natural power that prepares the world for use, whereas matza is the raw material, an item that has not been developed. Matza thus expresses initial existence through the chesed of Hashem, without its complete physical perfection. This is the reason that matza is called “the bread of faith” – since it remains at a stage of processing that relates to the natural powers of the world, it implants in man the recognition of the power of creation that sustains him.  Matza is thus the appropriate food for ge’ulat Mitzrayim, which was the freedom from physical subjugation; to “cure” ourselves, we go to the opposite extreme. There is nothing inherently wrong, however, in the power of din and the process of leavening in and of themselves.

Korbanot are intended to repair man’s fall by distancing him from the involvement in physicality, which is symbolized by chametz.  They are therefore made from the raw materials that reflect the initial powers of creation, prior to their development.  The korbanot help man to come close to Hashem either through atonement for sin, as in the case of the chatat or asham, or through a general cleansing process, as in the case of the olah (which atones for negative thoughts and failure to perform mitzvot asei). However, in the future, when we will be freed of the mask of physicality, there will be no need for such korbanot.

The korban todah, in contrast, is an expression of recognition that all good comes from Hashem, and we serve Him by showing gratitude. This will also exist in the future, perfected world. The greater man’s recognition of Hashem’s presence, the greater will be the recognition of the responsibility to express gratitude. The todah reflects complete recognition; it has nothing to do with purification from sin and physicality.

The good that Hashem wishes to bestow upon us has no limits or end; it includes all of the middot, both chesed and din. The limitations placed on that good are due to the fact that the world is a physical place, and the recipient can only receive within limits. The will of Hashem is to provide good according to the ability of the recipient. The korban todah therefore includes chametz. This reflects olam haba. In olam haba, chametz and matza will be intertwined; there will be no concern that human will might bring about a state of entrenchment in physicality.

Days that are called “Atzeret” are always at the conclusion of something; the seventh day of Pesach and the eighth day of Sukkot are thus called Atzeret. Shavuot is the conclusion, the fiftieth day of Pesach, concluding the period that began with the korban omer at the beginning of the harvest and concluding with the bikkurim. That period begins with yetziat Mitzrayim, the Divine selection of Yisrael as His nation, and Matan Torah. This is reflected in the fact that the korban omer is brought from barley – animal food – as Yisrael belong to Hashem regardless of if they are worthy. The shtei halachem, in contrast, is brought from wheat – human food. Yetziat Mitzrayim took place bechipazon, in a rush. Bnei Yisrael were then on the forty ninth level of impurity; if they had waited for inspiration before taking the leap to leave slavery, they would never have made it out. Instead, it was the speed of their decision that led them to seize the moment. We made a rash decision, but that decision saved us from complete assimilation. In contrast, Matan Torah demanded preparation and sanctification so that they would be worthy of the higher level – one that a Jew achieves through his spiritual efforts. The fact that there is a place for man’s actions and efforts is reflected in the korban brought on Shavuot, which is made from chametz. 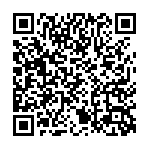