Parshat Kedoshim: The Secret of the Korban Shelamim

“When you sacrifice a shelamim offering to Hashem, sacrifice it so that it may be pleasing on your behalf (leretzonchem). It shall be eaten on the day you sacrifice it or on the day following; but what is left by the third day must be consumed by fire. If it should be eaten on the third day, it is an offensive thing (pigul); it will not be acceptable. And he who eats of it shall bear his guilt, for he has profaned what is sacred to Hashem; that person shall be cut off from his nation.” (Vayikra 19:5-8)

These pesukim describe the prohibition of improper intentions when offering a korban – intention to eat it after its set time or outside of its appropriate place. These laws apply to all korbanot, not only to the korban shelamim. Moreover, improper intention regarding the sacrifice itself is also prohibited. Why, then, did the Torah choose to emphasize improper intentions regarding only time and place of eating, and only with regard to the shelamim?

This source implies that the laws of the Torah are stringent as compared to those of avoda zara. However, other sources indicate that the opposite is true, emphasizing the fact that the Torah’s laws are lenient and pleasant as compared to those of the idolaters. This is in addition, of course, to the fact that the Torah does not demand human sacrifice, which was prevalent among the idolaters and was even found in the kingdoms of Yisrael and Yehuda during their decline.

For example, the Rambam writes in Moreh Nevuchim (3:47): “I maintain that the law that was revealed to Moshe Rabbeinu and which is called by his name aims at facilitating the service and lessening the burden. If a person complains that certain precepts cause him pain and great trouble, he cannot have thought of the habits and doctrines that were common in those days. Let him consider the difference between a man burning his own son in serving his god and our burning a pigeon the service of our God! The Torah relates, ‘For even their sons and their daughters they burn in the fire to their gods’ (Devarim 12:31). This was the way in which the heathen worshipped their gods, and instead of such a sacrifice we have the burning of a pigeon or a handful of flour in our worship. In accordance with this fact, Bnei Yisrael, when disobedient, were rebuked by Hashem: ‘O my people, what have I done to you and wherein have I wearied you? Testify against me’ (Micha 6:3). Again, ‘Have I been a wilderness unto Yisrael? A land of darkness? Why do my people say, ‘We are miserable; we will come no more to You’ (Yirmiyahu 2:31). In other words, through which of the commandments has the law become burdensome to Yisrael, that they renounce it? In the same manner, God asks the people, ‘What iniquity have your fathers found in me, that they are gone far from me? (ibid. 2:5). All these passages express one and the same idea. This is a great principle that you must never lose sight of.”

This principle applies not only to the korbanot, but to all mitzvot. Thus, the Rambam writes (Hilchot Shabbat 2): “You see from here that the laws of the Torah are not meant to bring vengeance to the world, but rather only to bring mercy and kindness and peace to the world. Regarding the heretics who say that this [action to save life] constitutes violation of Shabbat and is forbidden, the pasuk states, ‘And I also gave them statutes that are no good and laws that they cannot live by’ (Yechezkel 20:25).” Similarly, the midrash (Devarim Rabba, Parshat Netzivim), commenting on the pasuk, “For this mitzva is not hidden from you” (Devarim 30:11), writes: “HaKadosh Baruch Hu said: If you blessed on the Torah, you are blessing yourself, as the pasuk states, ‘For through me will your days be many.’ HaKadosh Baruch Hu said: If you think that I perhaps gave you the Torah to your detriment, [you are wrong, for] I only gave it to you for your benefit. For the ministering angels desired it greatly, but it was hidden from them, as the pasuk states, ‘And it is hidden from the eyes of all chai’ – these are the chayot – ‘And it is concealed from the winged of heaven’ – these are the ministering angels… He said to them: My children, from the angels it is hidden, but from you it is not hidden. From where do we see this? From the verse, ‘For this mitzva is not hidden from you.’”

These sources indicate that the Torah’s requirements are not as demanding as those of the idolaters. The gemara (Sanhedrin 102a) teaches that the punishments of the Torah are likewise lighter: “The verse states, ‘For when trappers dug deep pitfalls, I was the reprove of them all’ (Hoshea 5:2). Rav Yochanan said: HaKadosh Baruch Hu said: They dug deeper than I. I said that anyone who fails to perform aliya laregel violates a positive command, but they said that anyone who is oleh laregel [and fails to go to serve the avoda zara] will be stabbed by the sword.”

To understand this, we must examine the nature of the korban shelamim. This korban is unique to Yisrael, and it also carries with it a unique concern. The Ramban writes: “‘When you offer a shelamim offering’ – after prohibiting sacrificing to other gods and to idols and instructing all worship to be directed to Hashem alone, the Torah states that when you sacrifice to Hashem, you should only do so “leretzonchem” – that your intention in your worship should be that He will be pleased, like a servant who wishes to please his master by fulfilling his command, as in the pasuk, ‘And He will be appeased by him to atone for him’ (Vayikra 1:4), and, ‘And the light of Your countenance when You are pleased by them’ (Tehillim 44:4). Do not think that there is any benefit from avoda zara, and do not perform your service of Hashem in order to receive reward, but rather only in order to fulfill His will. For His simple will is what is proper and what obligates. The Torah stresses this with regard to the shelamim, for these are the kodshim kalim that are eaten by the owner, and he must preserve in his mind the proper intention – and all the more so with regard to the kodshei kodashim. Or perhaps it is because the shelamim are unique to Yisrael, as the Sages taught (Zevachim 116a), ‘The Bnei Noach do not offer shelamim.’ And the wise will understand this.”

When idolaters offer sacrifices, they do not change the goal or the nature of their lives. They continue to aspire to lives of this world. For them, the height of perfection is to act justly and appropriately so that this world can function properly. They have no connection to the idea of the revelation of the Shechina, which entails seeing the guidance of Hashem in this world and living with the goal of revealing Hashem’s presence in the universe. Thus, when non-Jews bring sacrifices, they are capable of giving over from themselves or their property to Hashem, but the idea of eating for higher purposes is not relevant to them. Yisrael, in contrast, are specifically commanded to bring the Shechina into this world, and this is accomplished by eating – this worldly pleasure – performed leshem Shamayim.

This brings with it a certain danger, however, as when physical powers are given the opportunity of expression, the lowest levels of physicality are also revealed. We discussed elsewhere that Shabbat reflects the high level of Yisrael, in that at the same time that we enjoy ourselves physically, we sing and praise Hashem, whereas non-Jews occupy themselves with nonsense. This further explains why Yaakov, upon going down to Mitzrayim, sacrificed shelamim (“zevachim” in the language of the pasuk) to the God of his father Yitzchak. Why did he sacrifice shelamim, as opposed to olot? And why is this sacrifice connected specifically to Yitzchak? The midrash explains that the midda of Yitzchak was to occupy himself with settling the world, and this is why he appreciated specifically Esav’s talents. This midda entails the danger of valuing only action. Yaakov, when going down to Mitzrayim, had a similar concern, and he rectified it by bringing shelamim, the eating of which leshem Shamayim removes the concern of inclination towards the physical draws of the world.

However, all of this is possible when man does not allow the inclinations of his heart to lead him. Care regarding the laws of the korban – in particular the place and time – assure that one’s intentions will remain pure.

Avoda zara (as well as service of Hashem that is based on human imagination, such as that of Yeravam) is guided by emotion, and it therefore makes extreme demands, which satisfy the needs of human passion. Sometimes, they also fulfill an inner need, like one who is talking on the telephone who raises his voice because he does not see the person with whom he is speaking. (Perhaps this is why Chazal said that one who raises his voice in prayer lacks proper faith. Such a person is not a fool who thinks that Hashem hears him better when he yells. Rather, he is filling a certain lack of appreciation of the presence of Hashem through crying out, as opposed to inner understanding.)

These demands lead to extreme actions that call for complete subjugation, to the point of sacrifice of children. In contrast, avodat Hashem is rooted in inner truth and the “kol demama daka.” Its secret lies in listening, and one can therefore only achieve it by obeying the words of Hashem. Avodat Hashem does not demand extreme or difficult actions. Indeed, acts of passion lack consistency and precision; they do not demand care for fulfillment of words or conditions or a timeframe. This is what the Mesilat Yesharim teaches in his introduction: “The results of this practice are evil for both the wise and the unwise, for it causes that both lack true piety, and it is very difficult to find it in the world. For it is lacking in the wise because they do not consider it greatly, and it is lacking in the unwise because of their failure to comprehend it, to the point that most people thing that piety depends on reciting many chapters of Tehillim and lengthy confession, fasting difficult fasts, and immersing in ice and snow. These are all things that the intellect does not accept.” He continues to explain that true piety is pleasant and desirable, but it demands work and thought.

We aspire to return to our level and our place, where we will merit that our pure service will be leratzon. 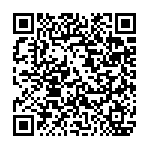