The Breaking of the Luchot

The Breaking of the Luchot

The question of why Moshe broke the luchot was the basis for many drashot over the generations. Indeed, Moshe certainly would not have dared to shatter the luchot engraved by Hashem Himself if the benefit of doing so did not outweigh the cost. The Meshech Chochma wrote about this question at length and emphasized that Moshe’s actions reflect an important principle of Judaism.

On the pasuk, “And my Mikdash you shall fear” (Vayikra 19:30), the midrash comments: “It is not the Mikdash that you fear, but rather the One who warns about the Mikdash.” The principle reflected in this drasha is that there is no object in this world that is inherently holy. All things that we consider to be holy are objects that are used to fulfill the will of Hashem; that is the only meaning of santity. It is only the mitzva performed with the item that grants it the status of kadosh. The Mikdash is a holy place because Hashem wanted to have a “residence” in this world – “And I will dwell among them” (Shemot 25:8). When Bnei Yisrael sinned and the Shechina departed, the place itself no longer possessed any sanctity. At that point, Titus was able to enter the Kodesh HaKodoshim with a harlot without being harmed; the building of the Mikdash was then only a structure of wood and stone, nothing more.

Bnei Yisrael erred in thinking that Moshe possessed inherent kedusha, and it was for that reason that they were so concerned when he appeared to be delayed in returning. Hashem told Moshe: “Go down, for your nation has sinned.” What was there sin? “That you took out of the land of Egypt” (Shemot 32:7) – they attributed divinity to Moshe and thought that he was the one who had taken them out of Egypt.

The Pelishtim made the same mistake when the aron was brought to their camp, leading to devastation: “Who will save us from the hand of this mighty god?” (Shmuel I 3:8). And this was the mistake of Bnei Yisrael when they created the egel; they thought that there are physical things that have divine powers. Moshe realized that if he were to give them the luchot, they would think that they were inherently holy and divine. They would then simply replace the egel with the luchot. In order to clearly uproot this mistaken belief, Moshe shattered the luchot, demonstrating that even objects that are imprinted by divine action – “And the writing was the writing of God” (Shemot 32:7) – have no inherent value. Hashem concurred with Moshe’s shattering of the luchot; in the words of Chazal, He told Moshe, “Yasher koach sheshibarta,” “ Yasher Koach for breaking them!”

The nevi’im reiterated this message in warning Bnei Yisrael not to rely on the Mikdash and korbanot to save them “when their mouths and tongues deceive Him, and their hearts are not complete with Him.” As Yirmiyahu states (7:3-11): “So says Hashem Tzevakot, the God of Yisrael: Improve your ways and your deeds, and I shall dwell with you in this place. Do not rely on the words of falsehood, saying, ‘The sanctuary of Hashem, the sanctuary of Hashem, the sanctuary of Hashem are these.’… He steals, murders, and commits adultery… and you come and you stand before Me in this house, upon which my name is called, and you say, ‘We are saved’… Is this house then a den of thieves?”

The converse is also true; objects used for sin are not inherently profane. “The corpse does not defile and water does not purify; rather, Hashem said: I have made a law, I have made a decree…” Certain foods were not forbidden because they are inherently bad, but rather “because they are not appropriate for man according to the order instated by Hashem.” As the Maharal writes, “All of the mitzvot reflect divine wisdom. Therefore, man, who possesses a divine soul but who is entrenched in physicality, cleaves to Him through his divine traits.” 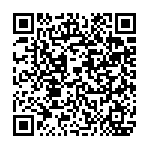