It says in Parshat Nitzavim, "This mitzvah that I command you today -- it is not hidden from you and it is not distant ... Rather, the matter is very near to you -- in your heart and in your mouth -- to perform it." (Devarim 30:11,14) Whether "this commandment" refers to Teshuva or to Torah, the implication is that it is easy to achieve. But is this really so? Elsewhere we find that it is difficult: "The wicked one (i.e., the evil inclination) watches for the righteous and seeks to kill him. But Hashem will not forsake him to his hand." (Tehillim 37:32-33) This indicates that external forces work on a person and he would not be able to withstand them if G-d would not help him! Similarly, Chovot Halevavot relates the story of a soldier who returned from war, and the Chasid told him, "You have returned from the small war to the big war -- that of a person with his yetzer!" So how can we say it is "close," that it is easy?

The same question can be asked about the pasuk in Eikev, "Now, O Israel, what does Hashem, your G-d, ask of you? Only to fear Hashem, your G-d, to go in all His ways and to love Him, and to serve Hashem, your G-d, with all your heart and with all your soul." (Devarim 10:12) The Gemara itself asks (Brachot 33b), "Is yirah (fear of G-d) a small matter?" It answers that for Moshe it was. But the difficulty remains, was Moshe talking to Yisrael through his own perspective?

The Gemara in Avoda Zara tells about Elazar b. Durdaya who was completely immersed in immorality. On one occasion a prostitute commented to him that he would not be able to repent. The words made an impact on him. He turned first to the hills and the mountains to beseech on his behalf, but they declined, saying that they needed to pray for their own existence. Similarly, he turned to the heaven and the earth, to the sun and the moon, and to the stars, all of which refused him. He concluded, "The matter is dependent only on me!" He placed his head on his knees and cried till he expired. A heavenly voice rang out and said, "Elazar b. Durdaya is destined for Olam Haba." Rebbe cried and said, "There are those who earn their Olam Haba in many years, and those who earn it in a single moment!" Why did Rebbe cry?

Some explain that this story demonstrates the greatest tragedy in human life. R. Yonah gives the parable of a group of thieves who were imprisoned, but dug a tunnel and escaped through it, except for one who stayed behind. The prison warden beat him and said, "Fool! The tunnel is open, why didn't you escape!" Elazar b. Durdaya thought that he needed assistance from all kinds of external sources in order to do Teshuva. Then he realized that he doesn't need outside help; he has it in his own ability. Elazar b. Durdaya cried because he recognized that he had abilities and talents all along and squandered them throughout his life. Rebbe cried about every person who similarly has great powers, but instead of using them -- wastes them.

This is further comparable to a person who is invited to a king's treasure house. It was hot outside, but there he enjoys the pleasant air-conditioning. When he leaves, he tells his friend about how he had the opportunity to experience great air-condition. His friend said, "Fool! Is that how you wasted your time when you could have filled your pockets with all kinds of riches?" This may be meaning of the pasuk in Nitzavim. It doesn't say that it is easy, but that it is close. If G-d commanded you to cling to Him, to do mitzvot, to learn Torah -- he gave you ability to do so. It may be difficult, but it's in you!

He should regret his evil deeds, and say, "What did I do? How could I have disregarded the fear of G-d?" ... I did not have compassion on my body, and I did not care about it to destroy it for a fleeting moment's pleasure ... Worse than that, I was cruel to the precious soul ... How did I trade an eternal world for a transient one? ... The Creator instilled in me a soul of life, wise and intelligent, in order to recognize Him and to fear Him, and to control the body ... Since I was created for this and did the opposite, for what do I live? ... Furthermore, I did not even do as an animal, but was lower than it. A person has to internalize these words, that he has great potential and should not squander it. This is meaning of Rebbe's crying, of "It is very near to you," of "What does Hashem, your G-d, ask of you?"

We are close to Rosh Hashana. "For the ways of Hashem are straight; the righteous walk in them and sinners will stumble over them." (Hoshea 14:10) R. Eliyahu Dessler zt"l explains that everything that a person experiences can be used an a means to grow in Avodat Hashem. From a train we can learn a lesson that if one misses by a single minute, he lost everything. From a telephone, we learn that it is possible to talk here and be heard there. It is told that R. Zusha of Hanipoli came to learn from the Magid of Mizrich. When it was time to go home, he asked to be taught something before leaving. The Magid told him to learn three things from a thief, and seven from baby. He observed that a thief will keep trying, that he works mainly at night, and has great loyalty to comrades. A baby doesn't waste minute, always cries to ask for his need, etc.

The greatest gift that G-d gave man is Torah. If a person succeeds in Torah, it is an elixir of life, but if he does not merit, it becomes poison for him. So is it better, then, not to have learned? Rav Dessler says that this is a foolish question. If the alternative is havlei olam hazeh, it is better to have the "poison" of Torah than the poison of other things. Shabbat is another great present. It can be used as a great boost for Avodat Hashem, but can be wasted as a day of mere recreation. So, too, Eretz Yisrael can afford a person to do many mitzvot, but can lead a person to arrogance. Every present can be utilized as a springboard for spiritual growth, but can also be abused an lead to spiritual decline, "For the ways of Hashem are straight; the righteous will walk in them and sinners will stumble over them." These days of Elul can serve as great opportunity to grow, to get a true perspective on what is important and what not, and to set life on the proper track. The coming days are ones of awesome spiritual experiences.

Rav Eliyahu Dessler zt"l talks about bechira pratit (specific choice), which has limited ramifications, and bechira klalit (general choice), which has wide-ranging, lifetime, impact. To get up on time to davening is specific; what to do with life after Yeshiva is general. To daven with kavana is specific, but on the Yamim Noraim is it general, because of great potential of these days. Rosh Hashana is also the beginning of new year in Yeshiva, a year that can be filled with yirat shamayim, Torah, and mitzvot. If this is true for older talmidim, all the more so it is true for new ones. It is an opportunity to embark on a way of life dedicated to serving G-d.

This is why Rebbe cried. Two talmidim began Yeshiva together. One toiled -- how much he gained! One did not -- he gained only a little. This is comparable to two people who were blessed that whatever they do this year would succeed. One took the opportunity to learn and turned into great tzadik and talmid chacham. At end of year, he returned to being a person of regular abilities, but what he gained meanwhile he maintained for life. The other person used his blessing to catch flies. He was extremely successful in doing so for that year, but when the year was over he had nothing left. It is possible to "catch flies" even in the Yeshiva, wandering around from here to there.

R. Menachem Mendel of Kotsk (the Kotsker Rebbe) once quipped: They will never accuse me in Heaven, "Why were you not like Moshe?" But they will ask, "Why were you not like Menachem Mendel!" Every person has particular talents, whether in pilpul, bekiut, halacha, mussar, or midot. The Gedolim have a phrase, "Makom hinichu li mishamayim lehitgader bo." (Heaven left me a place in which to excel and be proud.) R. Chaim Shmuelevitz relates the story of R. Yisrael Salanter who went to the mikveh, and commented to the attendant that the water wasn't perfect and needed to be adjusted. The attendant responded, "You're telling me how to run a mikveh? You give a shiur!" The lesson is that every person is greatest in some area. "Lefum tza'ara agra" (The reward is according to the effort), each person with his unique, individual, talents and abilities. How sad it is that a person has great abilities and doesn't know how to take advantage of them. We have a chance for great new year if only we know how to take advantage of it, as we pray daily, "shelo niga larik" (that we not toil in vain).

May these days be the beginning of great years for each and every one of us and for the Yeshiva, and may we all be sealed for good life! 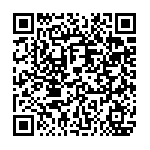 The Difference Between Yaakov and Esav
Rav Avraham Rivlin
E