In the beginning of parshat Vaetchanan Moshe asks: "Let me cross now and see the good land ... this good mountain and the Lebanon." (Devarim 3:25)

There is a similar repetition with Avraham, when Hashem tells him in Parshat Lech Lecha: "Raise your eyes and see from the place where you are ... for the entire land that you see I will give to you and your descendents forever." Later it says: "Go and walk around in the land to its length and width, for I will give it to you." (Bereishit 13:14-17)

He explains that Eretz Yisrael is good and special in two ways. First, it is a good land, a land of flowing rivers, of wheat and barley, a land in which you will not eat bread in poverty ... you will eat and be satiated and bless Hashem, your G-d for the good land that He gave you." (Devarim 8:7-10)

The second is the Divine status and spiritual benefits of Eretz Yisrael. "A land that the eyes of Hashem, your G-d, are on it from the beginning of the year until the end of the year." The Ramban deals at length with the special spirituality of the land at the end of Parshat Acharei Mot, and calls it "the Sanctuary of Hashem." He writes that the mitzvot are intended primarily for those who live in the Land. He concludes with these words: "If you are worthy of understanding the first 'land' that is mentioned in Parshat Bereishit and Parshat Bechukotai, you will understand a great and hidden secret, and you will understand what Chazal said that the Temple above is parallel to the Temple below."

The physical "land" on earth is acquired through possession. The Gemara that "by walking the borders," when a person walks around the borders of a field, he acquires it through possession. Therefore, Avraham was told: "Go and walk around in the Land". However, the spiritual "land" in heaven is acquired through a special vision, through a spiritual force.

Therefore Hashem promised Avraham two things: 1. "To the land that I will show you." This parallels Moshe's request: "and I will see the land," to which Hashem responds: "Go up to the top of the peak and raise your eyes west and north and south and east, and see with your eyes, for you will not cross this Jordan [River]".

Hashem granted the request of seeing the Land, but not the request of walking through it. This was also Moshe's request for the good land – the revealed, and the good mountain – the Temple.

The spiritual virtue of the land will exist eternally, and even when the Temple below is destroyed, the Temple above is never destroyed. Therefore, it says to Avraham: "for the entire land that you see I will give to you and your descendents forever." What is acquired through seeing is never forfeited, whereas what is acquired through walking in the material land: "Go and walk around in the land ... for I will give it to you." There is no guarantee that it will be also to your descendants, and if, heaven forbid they shall sin – it will be taken away from them.

This is what the Rav Charlap zt"l writes about the two aspects of Eretz Yisrael: (Mei Marom, ch.6, pg. 235) "The hidden perspective knows that whatever is revealed to the eye is nothing but the farthest edge of the virtue, whereas what is not revealed to the eye of flesh is much more greater than this and, it is manifold of wisdom and blessing."

This aspect is revealed mainly regarding Eretz Yisrael, the land of prophecy. Anyone who possesses a sense for the hidden feels and realizes the great value of Eretz Yisrael. The parchment, which is hidden behind the letters that are revealed, is much greater than the letters themselves.

There are those who boast of their vision of the great spirituality of Eretz Yisrael and dismiss after the fact everything that is revealed, saying there is no advantage or preference to Eretz Yisrael that is seen with the eyes over all the other lands of the world. And, there are those who sing about everything that is revealed and ignore all the hidden visions. Both speak falsely and are unable to see properly. One group refuses to recognize spiritual visions; the other refuses to recognize what is in plain sight. Both prevent Hashem's blessings from appearing in the world. Even though they dwell in the land they belong to the exile and the darkness unable to see the light. There is no spirit without body and no body without spirit; together they comprise the land.

"The voice of your scouts (i.e., prophets), raise their voice, together they will rejoice, for they will clearly see G-d's return to Zion. The ruins of Yerushalayim will open in song together." (Yeshaya)

In another location he wrote: "Just like with the recognition of Hashem we recognize two things: 1. The revealed aspect of Hashem, what He makes of Himself available to his world. 2. The separated aspect that is above reality. This is the case with Am Yisrael who have a revealed side and a separate side.

Eretz Yisrael also possesses these; the great reward of seeing the land is seeing the covered aspect of it. This was Moshe Rabeinu's request, who begged from Hashem and said: "Let me cross and see."

This seeing is what Hashem promised to Avraham: "Go ... to the land that I will show you." To the concealed aspect of Eretz Yisrael, which is impossible to see unless Hashem reveals it.

There is a great difference as regards coming to Eretz Yisrael. There are those who come to Israel because they recognize it as a good land, a land of milk and Honey. They understand it only within human limitations. This is not the case if you come to Eretz Yisrael because Hashem gave it to us. Then it is understood as it is from Hashem's point of view. 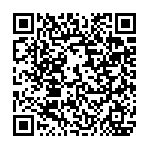