For inquire now regarding the early days that preceded you, from the day when G-d created man on the earth, and from one end of heaven to the other end of heaven: Has there ever been anything like this great thing or has anything like it been heard? Has a people ever heard the voice of G-d speaking ... as you have heard, and lived?

The simple meaning of this pasuk is: Inquire in the entire human history, from the days of Adam, and throughout the entire world -- from one end of the sky to the other. Rashi also quotes a midrashic interpretation: This teaches that the height of Adam Harishon was from the earth until the heaven, which is the same distance as from one end of heaven etc. It is very strange, though, why did the Torah mention this noble quality of Adam here and not in the story of creation?

In addition, we find in the Midrash:

This is the blessing that Moshe, the man of G-d, etc. This is what the pasuk says, "Many women have amassed achievement, but you surpassed them all." (Mishlei 31:29) This pasuk is referring to Moshe who surpassed all. How? Adam Harishon said to Moshe, "I am greater than you, because I was created in the image of G-d," as it says, "G-d created man in his image." Moshe said to him: I surpassed you! The honor that was given to you was taken from you, as it says, "Man is glorious but [if he] understands not, he is likened to the silenced animals." (Tehillim 49:21) But I -- the radiating countenance that G-d gave me is [still] with me, as it says, "His eye [or, color] had not dimmed and his vigor had not diminished."

G-d's image in man is the connection between the upper, spiritual, realms and the lower, physical ones. "Hashem G-d formed the man of dust from the ground" -- from the lower realms; "and He blew into his nostrils the soul of life" -- from the upper ones; "and man became a living being" -- intellect and speech. (Bereishit 2:7) Man's wisdom finds expression in a person's face: "A man's wisdom lights up his face." (Kohelet 8:1) Linguists explain that the face is called in Hebrew "panim" because it expresses the inner content ("penim") of man. Thus, the image of G-d is expressed in man's face.

It says in Midrash Rabbah: G-d said to the angels, "There is My likeness in the upper realms; if there is no likeness of Me in the lower realms, there will be jealousy in the work of creation." Man is the microcosm of the creation, as the Maharal writes, and therefore his height is from the sky until the ground, i.e., he encompasses the entire creation. In Chazal's words, "His height was two hundred cubits." The Maharal explains that the number 100 indicates completeness. 200 is two completenesses, physical and spiritual. When man sinned, he tended toward the material, and his height was reduced to physical, one hundred. This is what Chazal teach, "You have laid your hand ("kaf") upon me" (Tehillim 139:5) -- "kaf" has the numerical value of 100. Adam Harishon did not last in his splendor even one night, because he is likened to animals and lost his G-dly image. This quality of a shining countenance, which expresses the connection of the spiritual with the physical, is called "tiferet" (splendor), as Rashi explains.

This is the meaning of the debate between Adam and Moshe. When Adam claimed that he was created in the image of G-d, Moshe responded that Adam lost that the splender and glory right away, and didn't even maintain it for a single night. However, the radiating countenance of Moshe remained with him until the day of his death, and he never lost it.

The purpose of creation is the connection of spiritual with the physical. The fact that the physical is merely a means of expressing the physical is emphasized in the beginning of creation in its three dimensions: soul, year, and world, or, in other words, man, time, and place. In man -- this is the splendor of Adam Harishon who was created in G-d's image. In time -- "The heavens and earth were finished ("vayechulu")." There are a few meanings to the word "vayechulu," based on interpretations of Chazal in Midrash Rabbah:

Kilui (used up): Until now, the sky and earth served an independent purpose; from now on their strength was gone.

Kli (tool): Although they were reduced, they were not completely abolished, but rather turned into a tool to reveal the inner content of the creation.

Shichlul (perfection): Onkelos translates "veishtachlelu." The Torah Sheleimah interprets this as crowning beauty. In the Midrash it say, "Shabbat is the crown of the other days," i.e., it gives the inner meaning to all the days of the week.

These various meanings are not contradictory, but rather complement one another. When the physical world becomes a tool for Godliness, it is reduced from its own strength, and this is its perfection and splendor.

Tosfot writes (Ketuvot 8b), "A psalm for the day of Shabbat" -- a "new face" is here and we say song, since the Shabbat provides a new dimension to the days of the week. It further says in the Midrash, "G-d blessed the seventh day" -- He blessed it with "maor panim" (a shining face). In addition: R. Levi says: "A psalm for the day of Shabbat." (Tehillim 91) Adam Harishon composed this psalm, but it was forgotten from his generation, until Moshe came and renewed it under his name. The psalm of Shabbat immediately follows, "The prayer of Moshe, man of G-d" (Tehillim 90), and it is a continuation of Moshe's prayer. The acronym of "Mizmor SHir Leyom Hashabbat" is "LeMoSHeH". Rashi explains that Adam was like the "silenced animals" because the song was forgotten from Adam and he was silent, and Moshe renewed this quality of a shining face in man and in Shabbat.

In the dimension of the world -- "the sixth day," this teaches that G-d stipulated with the world that if Israel will not accept the Torah on the sixth day [of Sivan], He would return the world to nothingness. Chazal further said regarding Matan Torah: It is comparable to a king who decreed that people should neither leave his country nor enter it. When he wanted to marry off his daughter, he rescinded the decree, and said, "I will travel first." So too, G-d said, "The heavens are Hashem's; but the earth He has given to mankind." When he wanted to give the Torah, "Hashem descended on Mount Sinai," and "Moshe ascended to G-d." (Shemot Rabbah 12) This connection formed the trait of "tiferet" in the world. "Yours, Hashem is the greatness, the strength, the splendor, etc." -- This refers to Matan Torah. From then on, the stipulation was fulfilled, and the world became a vehicle to reveal the Divine. As the Sfat Emet writes, the ten commands with which the world was created, turn now to become the vessels for the Ten Commandments.

After Adam lost his splendor, this noble quality returned to man with Moshe, and to the world with Matan Torah. Matan Torah is not merely a revelation of the Divine will and wisdom, and instructions how to serve Him, but a renewal of the connection between G-d and the world after it was severed by Adam's sin. This a renewal of the act of creation, and, once again, "man became a living being." A new existence and a new life.

This is what Moshe said, "For inquire now regarding the early days." There was once a Divine creation of connecting heaven and earth, through the creation of man, but he lost his noble quality. However, since the creation of man -- whose height was "from one end of heaven to the other," who connected heaven and earth -- there was no such creation, until now -- with Matan Torah. Now, this quality returned. This is what Moshe asked, "Has there ever been anything like this great thing," any new existence? "Has a people ever heard the voice of G-d speaking ... and lived?" This is a new version of "man became a living being."

Why didn't man endure in his splendor? Adam claimed that he was the handiwork of G-d. Moshe responded that this itself led to his downfall. As the Maharal writes, this is an example of "wisdom greater than actions," since Adam received everything as a gift. He is like a tree with few roots but many leaves, so that the wind comes and overturns it. Moshe, however, merited to endure in his splendor, because it came about through his efforts. As Chazal say: In the merit of, "Moshe hid his face" (Shemot 3:6), he merited in the end of his days, "At the image of G-d does he gaze." (Bamidbar 12:8)

This is what Chazal say, "Who is rich? He who is happy with his portion." The simple understanding is that he suffices with little. However, then the continuation is not understood: As it says, "When you eat the labor of your hands, your are praiseworthy." Rather, "He who is happy with his portion," is one who earns his bread through his labor and doesn't receive it as a gift, and this is the "labor of his hands." For Israel, this distinction was paralleled by the first and second Tablets. The first Tablets did not endure because they were given as gifts -- "But like men you shall die." (Tehillim 82:7)

It is possible that this is the meaning of the phrase in the Shabbat prayers, "Let Moshe rejoice with the gift of his portion." The gift is, "A crown of splendor you gave on his head." Although he, too, received it as a gift, still it is not the same as Adam, since, "A faithful servant You called him." Moshe reached this height through service. This is a fulfillment of, "You toiled and you found -- believe." This is "his portion" -- his Torah. Therefore he is a faithful servant, since he never lost this noble quality of splendor, and remained with it until the day of his death, and his vigor did not diminish.

The prayer continues, "Two stone Tablets he brought down in his hands, and it says in them the observance of Shabbat." When Chazal joined the perfection of the world in its three dimensions, they attributed it to Moshe, who returned the crown of man to its original state, through bringing down the Tablets. All were reconnected through Moshe's joy, who returned the light of Shabbat, man and the world. Chazal chose this expression of "servant," since this is how the Torah itself describes Moshe: "So Moshe, servant of Hashem died there; his eye had not dimmed and his vigor had not diminished." 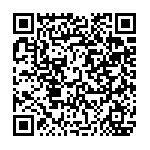