Although Moshe pleaded with G-d to allow him to enter Eretz Yisrael, his plea was denied. He explains to the nation the reason for G-d's refusal, "Hashem became angry with me `lemaanchem' - FOR YOU." (Devarim 3:26) This pasuk is difficult, though, since Moshe was denied the right to enter Israel as a result of his sin at Mei Meriva -- "Since you did not believe in Me to sanctify Me in the eyes of Bnei Yisrael." (Bamidbar 20:12) What, then, is meant by the phrase "for you?" Rashi (s.v. lemaanchem) comments, "you caused me." In other words, the word "lemaanchem" - for you - means "because of you;" you caused me to sin at Mei Meriva.

The Rishonim, however, challenge this explanation, since there is a big difference between the phrase "for you" (lemaanchem) and the phrase "because of you" (biglalchem). "For you" means for your benefit; Moshe did not enter the land for Israel's benefit. On this basis the Ran (Drush #9) explains why Moshe's prayers did not atone for his sin, since it was "for you," for the benefit of Klal Yisrael.

But why was it beneficial for Klal Yisrael that Moshe should not enter the Land? The Sforno explains, "Because [Moshe] desired to establish you in it so that you should not be exiled from it forever, whereas He had already sworn to scatter them." Were Moshe to enter, they would never be exiled from Eretz Yisrael, while the good of Israel in the current spiritual circumstances was to be dispersed among the nations. This can be explained based on the following passage in the gemara (Sotah 9a):

R. Chanina b. Papa taught: What is written, "Layesharim navah tehilla - For the upright, praise is fitting." (Tehillim 33:1) Do not read, "Praise is fitting (navah)," but rather, "a dwelling (naveh) of praise." This refers to Moshe and David, whose enemies did not dominate their handiwork. David, as it says, "The gates [of Yerushalayim] sunk into the earth." Moshe, as the Master said, "Once the first Temple was built, the Tabernacle was put away, its planks, hooks, bars, pillars and sockets." Thus, in Moshe's handiwork there was no destruction. Therefore, writes the Ohr Hachaim, if Moshe were to bring Israel into Eretz Yisrael, they would never be exiled, since the enemy has no rule over his work. Yet Chazal tell the destruction of the Temple had a redeeming aspect, in that G-d poured His wrath on wood and stones and not on the nation of Israel, as explained in the midrash (Eichah Rabbah 4:15. Cf. Kidushin 31b, and Rashi and Tosfot there.):

It says, "A psalm of Asaf: O G-d! the nations have entered Your inheritance." (Tehillim 79:1) The verse should rather have said, "A cry of Asaf" or "A wail of Asaf" or "A lamentation of Asaf." Why does it say, "A psalm of Asaf?" This is comparable to a king who built a chupah for his son, and whitewashed, painted and decorated it, and his son strayed and rebelled. Immediately the king went into the chupah and ripped the curtains and broke the poles. The pedagogue took his instrument and began playing. They said to him, "The king overturned his son's chupah and you are sitting and rejoicing?" He said to them, "I am rejoicing that he overturned his son's chupah and did not pour out his wrath on his son." So too, they said to Asaf, "G-d destroyed the Sanctuary and Temple and you are sitting and rejoicing?" He said to them, "I am rejoicing that G-d poured his wrath on wood and stones, and did not pour His wrath on Israel." According to this, we clearly understand why it was beneficial for Israel that Moshe should not enter the land. Had Moshe entered the land and built the Temple, G-d would have poured his wrath on Israel, as the Ohr Hachaim writes, "If Moshe were to enter the land and build the Temple, G-d would have to throw His anger on them when they would do evil and not on the Temple, and all of Israel will be decimated, G-d forbid!"

This is the good of Yisrael -- "for you," that Moshe should not enter the Land.

But now we have to understand what it says following the sin of Mei Meriva, "Since you did not believe in Me to sanctify Me ... therefore you shall not bring the congregation," since it was for Israel's benefit that Moshe was denied entrance to the land!

However, Chazal instructed us (Tanhuma Vayeishev #4):

That is what Scripture states, "Go and see the works of Hashem, He is awesome in deed (`alilah) toward mankind." (Tehillim 46:9) R. Yehoshua says, "Even the awesome deeds that you bring upon us you bring with a pretext (`alilah) ... What is this comparable to? To a man who wanted to divorce his wife. When he planned to go to his house, he wrote a get and entered his house with the get in his hand. He sought a pretext to give her the get. He said to her, "Pour me a cup to drink!" She poured for him. When he took the cup from her, he said to her, "Here is your get!" She said to him, "What did I do wrong?" He said to her, "Leave my house, because you poured me a lukewarm cup." She said to him, "Did you know beforehand that I would pour you a lukewarm cup that you wrote a get and brought it with you?" ... So too it says [already back in Egypt], "Now you will see what I shall do to Pharaoh" (Shemot 6:1) -- The war against Pharaoh you will see, but you will not see the war against the thirty-one kings [of Canaan]. When [Moshe] said, "Listen now, O rebels," G-d said to him, "Therefore you will not bring this congregation." That is what is said, "He is awesome in deed."

There is good reason, though, why specifically the sin of Mei Meriva formed the pretext for Moshe's not entering Israel. This sin, which Rashi calls "the sin of the rebellious," underscores the spiritual imperfection of Am Yisrael at that time. It is thus the appropriate means through which to inform Moshe that he will not enter the land, because it demonstrates the reason for his not entering, since they still need to be dispersed in exile, and the time has not arrived for their permanent establishment in the land. Indeed, Chazal state (Yalkut Shimoni, Chukat #764):

R. Chama b. Chanina said, "Therefore you will not bring this congregation." THIS congregation you will not bring, but you will bring all of Israel in the future, as it says, "She will dwell there as in the days of her youth." (Hosea 2:17) -- this is Moshe and Aharon. Moshe and Aharon were denied entrance to the land for the benefit of Israel who still needed to go out in exile, since they had not yet reached the pinnacle of their spiritual perfection. Hand-in-hand with the news of their not entering, they are told the reason. Only in the future, at a time that Israel will rise to achieve their potential and can be in the land without exile -- then Moshe and Aharon will enter the land.

(excerpted from an article "An analysis of Moshe's sin.") 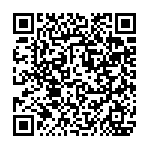