A Talit That Is Completely Techelet

A Talit That Is Completely Techelet

It says in the writings of the AR"I Hakadosh that the concluding letters in the verse "tzadik katamar yifrach" ("A righteous man will flourish like a date palm") (Tehillim 92:13) spell out the name Korach. How can it be said about Korach that he was righteous, and what is the significance of the concluding letters?

It says in Midrash Tanchuma:

"Korach separated" (Bamidbar 16:1) – What is written prior to this passage? "Speak to Bnei Yisrael and say to them that they shall make themselves tzitzit." (Bamidbar 15:38) Korach jumped up and said to Moshe: You say, "They shall place upon the tzitzit [of each corner a thread of techelet]." A talit that is completely techelet – is it exempt from tzitzit? Moshe responded: It requires tzitzit. Korach said: A talit that is completely techelet cannot exempt itself, yet four threads exempt it?!

Why did Korach specifically refer to the example of a "talit that is completely techelet?" The Gemara in Menachot 43a states:

R. Meir says: Why was techelet singled out from all the various colors? Techelet is similar to the sea, and the sea is similar to the heavens, and heavens to the Heavenly Throne, as it says: "Under His feet was the likeness of sapphire brickwork, and it was like the essence of heaven in purity." (Shemot 24:10)

Why did R. Meir need to mention the entire chain from techelet to sea, and from sea to heaven, and only then to the Heavenly Throne? It would have been enough to say that techelet reminds of the Heavenly Throne, for that is the purpose – to achieve by this closeness to Hashem.

The Sfat Emet explains that techelet shares the same root as "tachlit," and connotes perfection. There are three kinds of perfection in Creation:

1.      Material perfection, which is expressed through the sea. The Maharal explains in several places in his writings that water is the fundamental matter of Creation, because it has neither color nor taste, and it cannot stand on its own and is the basis for all matter in Creation. Therefore, the sea symbolizes material perfection.

3.      Closeness to Hashem ("d'veikut"), which is the highest level of perfection, and is expressed through the Heavenly Throne

These three levels are also reflected in the three holidays that we celebrate throughout the year:

·          Pesach represents the material redemption of Am Yisrael.

·          Shavuot commemorates the Torah that was received from heaven – spiritual redemption

·          Succot commemorates the Divine Protection, the dwelling of the Shechina – closeness to Hashem.

The Gemara (Ta'anit 9a) says, "Three excellent leaders arose for Israel: Moshe, Aharon and Miriam, and three excellent gifts were bestowed on their behalf. They are: the well, the cloud and the manna."

If we study these three gifts and associate them to the perfections that were mentioned previously:

·          Miriam – Due to her merits the well was bestowed, which is material perfection that corresponds to the sea.

·          Moshe – Due to his merits the manna was bestowed, bread from heaven, which is spiritual perfection.

·          Aharon – Due to his merits the Clouds of Glory were bestowed, which symbolize the Heavenly Throne. Even though Moshe was greater then Aharon, Aharon merited a greater gift because he dealt with bringing people to teshuva, and "Teshuva is greater for it reaches until the Heavenly Throne."

Korach argues: "A talit that is completely techelet" should be exempt from tzitzit. There is no need for steps, no need for means, "For the entire assembly – all of them are holy." (Bamidbar16:3) In the future, Korach's claim will be valid, as it says: "You shall be to me a kingdom of ministers and a holy nation." (Shemot 19:6) Everyone will be like priests, and they will all be a holy nation. However, nowadays perfection is achieved through steps, from the material level until closeness to Hashem.

Therefore, the concluding letters of "tzadik katamar yifrach" spell out Korach, because in the future, which is symbolized by the concluding letters, he is righteous. Regarding this world, though, Korach is wrong. The method is a "techelet thread," to bind the white strings, which symbolize materialism, with the techelet, which is the symbol of spirituality, and to sanctify daily life. Only in this manner can we reach spiritual achievements and spiritual perfection. 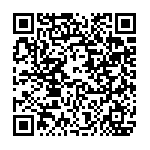