In the end of our Parsha, introducing the laws of forbidden relations, is the pasuk: "You shall observe My decrees and My laws, which man shall carry out and live by them – I am Hashem." (Vayikra 18:5)

There is a well-known statement of Chazal in Sanhedrin (74a): "Live by them – and not that he should die by them." This teaches that saving life overrides the Shabbat and all other mitzvot. All transgressions of the Torah, if a person is told to transgress or be killed – he should violate and not be killed, except for three transgressions for which he should be killed and not violate: idolatry, adultery and murder.

The Torah is a Torah of life, and the sanctity of life supersedes the observance of Shabbat and other mitzvot. Therefore, Shabbat and the rest of the mitzvot are pushed off in the face of life-threatening danger.

In addition to saving life, there are two other mitzvot that also override the Shabbat: offering sacrifices and circumcision, as it says, "On the eighth day the flesh of his foreskin shall be circumcised" (Vayikra 12:3) – even on Shabbat.

Thus, Shabbat is superseded by three mitzvot: saving life, sacrifices and circumcision. Why is Shabbat, which is so crucial, pushed off by these three specific mitzvot?

Rav Nebenzahl shlita writes that Shabbat is the "life" of Am Yisrael, as the pasuk says, "On the seventh day He rested and was refreshed (vayinafash)" (Shemot 31:17), and Chazal comment: "vay [avdah] nefesh – woe, the soul is lost." I.e., the additional soul that a person has on Shabbat leaves on Motzei Shabbat. Hence, on Shabbat a person has an additional soul.

The positive mitzvot are parallel to and meant to counteract the negative prohibitions. Thus, just as there are three transgressions for which a person must give up his life and not violate: idolatry, adultery and murder, in contrast to them there are three mitzvot that rectify these sins, for which a Jew "gives up" his extra soul that he has for Shabbat in order to perform them, and they are: saving life, sacrifices, and circumcision.

1.      Idolatry: The Rambam writes that the reason for sacrifices is to replace the idolatry that Am Yisrael were steeped in, as the Torah says: "They shall slaughter them as peace-offerings to Hashem ... and they shall no longer slaughter their offerings to the demons after whom they stray." (Vayikra 17:5-7) Thus, sacrifices come to distance Am Yisrael from idolatry.

2.      Adultery, for which one must give up his life, is counterbalanced by circumcision, which comes to rein in the drive for incest and to provide special protection for the sanctity and holiness of family life.

3.      Murder, for which one must give up his life, is counterbalanced by saving life, and it is permissible to desecrate the Shabbat in life-threatening situations.

Thus, the three mitzvot that supersede the Shabbat – which is the "life" of Am Yisrael, and has an additional soul – correspond and correct the three transgressions for which a person has to sacrifice his life and not violate.

Not only through death is a person obligated to sanctify G-d's great name, but also – and primarily – in all his life's actions and ways. We are commanded not only to die a saintly death, but more importantly, to live a life of kiddush Hashem. Thus, Abaye explains the mitzvah of sanctifying G-d's Name (Yoma 86a):

"Love Hashem, your G-d." G-d's Name should be loved through you. [A person] should read and learn [Torah] and serve talmidei chachamim and his dealings with people should be proper. What do people say about him? Fortunate is his father who taught him Torah; fortunate is his teacher who taught him Torah ... See how pleasant his ways are, how proper his actions are. About him it says: "[G-d] said to me, 'You are My servant, Israel, through whom I am glorified.'"

A person who sanctifies G-d name – is "alive," and about him it says, "which man shall carry out and live by them!" 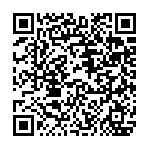