The Atonement of Yom Kippur and Eretz Yisrael

The parsha opens with the holiness of Yom Kippur and the atonement of the two goats, and finishes with the passage of the forbidden relationships, which is also connected to the subject of Eretz Yisrael, as it says: "The practice of the land of Egypt ... and the practice of the land of Canaan to which I bring you do not perform.'" (Vayikra 18:3) It also ends: "Do not become contaminated through any of these; for through all of these the nations that I expel before you became contaminated. The land became contaminated and I recalled its iniquity upon it; and the land disgorged its inhabitants." (18:24-25) And, later on: "Let not the land disgorge you for having contaminated it as it disgorged the nation that was before you." (18:28)

The Yom Kippur atonement is rooted in the distinction between Am Yisrael and the rest of the nations of the world. "The foundation of Jewish thought is the awareness of the Divine value of the nation's soul." (Nechamat Yisrael, by Rav Kook zt"l) Due to this, the perspective on sin is different.

If the inner content is G-dly, then the evil deeds are external and do not cling to the soul. "But you who cling to Hashem your G-d." (Devarim 4:4) Chazal ask: "But it says, 'who were attached to Baal Peor?'" They answer: "'Who were attached to Baal Peor' – as a bracelet is attached to a woman's hand; 'But you who cling' – really cling." (Sanhedrin 64a) Even the sin of idol worship is viewed as something external that does not reflect the inner reality. Therefore, wiping clean and atonement are possible.

Chazal provide a beautiful parable on the pasuk: "Do not view me with contempt, despite my swarthiness (Shir Hashirim Rabbah 1:6):

Once there was a noblewoman who had a Negro maid that went to draw water from the well, she and her friend. [The maid] told her friend: "Tomorrow, my master will divorce his wife and marry me." [Her friend] said: "Why?" [The maid answered:] "Because her hands were black with dirt." [Her friend] said to her: '"Oh, great fool, let your ears hear what your mouth is saying! If his wife, whom he loves very much – you said that because her hands were black with dirt for the moment he wanted to divorce her; you, who are dirty and black from your mother's womb your entire life – how much more so!"

Thus, since the nations of the world taunt Israel and say: This nation exchanged its Glory, as it says "They exchanged their glory" – Am Yisrael say to them: "If for [worshipping the golden calf for] the moment, we were liable thus, you [are liable] all the more so!"

The Maharal explains that the hands are busy with external things, so that even if they become dirty it is possible to wipe them off. The same is true for is idol worship among Israel. They are "attached" like a bracelet to a woman's arm, that can be worn and removed. This is not the case with the nations of the world, who are black from the womb and from birth and there is no possibility of removing the blackness.

Yom Kippur is the day where Am Yisrael's Godly virtue is revealed. They are above the natural order, and therefore abstain from the five corporeal activities:

Man is on the level of angel. His sin must be removed until he is like an angel ... Therefore, He commanded [man] to afflict himself. All this to remove and minimize the body until it becomes as holy as an angel." (Drashot Maharal for Shabbat Shuva)

Therefore, all the deeds of Yom Kippur come to teach the value of Am Yisrael and their devotion to Hashem. This is why the Kohen Gadol enters the innermost sanctum, and sprinkles eight times, one upwards and seven downwards to show Am Yisrael's connection to the supernatural world that is signified by the number eight. Seven represents the natural world, and eight is above nature, and from this comes the atonement.

We have already said that Yaakov is pure and holy by his own merit, just that the sins come from outside to Yaakov, from the evil inclination, and therefore he gives the sins to Esav his brother...

Now we come to the end of the parsha: "Do not perform the practice of the land of Egypt in which you dwelled." The Egyptian self is attached to prostitution and everything that is despised, and therefore they are naturally drawn to prostitution and despicable actions. Israel, however, their self is faithful, holy and separate from all illicit relationships, as it says: "The tribes of Y-H, a testimony for Israel." G-d testified with His name that they are the sons of their fathers ... Thus, Israel is the opposite of Egypt; the Egyptians are attached to prostitution, whereas Israel is separated from nakedness and adultery. (Maharal Gevurot Hashem Chapter 4)

Eretz Yisrael is the "Sanctuary of Hashem," the land that is "before Hashem." The Ramban writes at the end of the parsha: "The land that is Hashem's respected estate will disgorge anyone who contaminates it, and will not suffer idol worshipers and illicit relations." (He writes many beautiful things there about the uniqueness of Eretz Yisrael).

The land that Hashem gave to Avraham is a holy land that is different from the rest of the earth. Therefore, when Hashem promised about giving [it], [Avraham] wanted to know through what merit would they inherit the holy land. (This is what Avraham asked "By what shall I know that I am to inherit it" – inheritance, implying through a natural relationship). [G-d] answered him that on this account they will inherit the land, in the merit of atonement. As you understand the deeper meaning of the atonement that Hashem gave to Israel, which indicates that Israel are holy in their essence, separate from any lowliness. If it were not for this, then when they would add to the lowliness, atonement would be impossible for them. Now that they inherently are separate from any lowliness, they are worthy of atonement, since sin is not associated with them, and their inherent self is without sin, and therefore they are worthy of atonement ... just as the holy land does not tolerate any sin due to its holiness, as it says: "Let not the land disgorge you, etc.'' Therefore, the land relates to Israel in this matter, because the land is holy in its virtue that is separated from lowliness and repugnance, and so are Israel...

It is similar to someone who is inherently pure and handsome, so if he were to become dirty by mud – he immediately reverts to his purity because he himself is pure. However, someone who is polluted and loathed, the dirt never leaves him, for dirt is just added on to dirt. Therefore, in this merit they will inherit the holy land, because according to the appropriateness – man has a place. Thus, when Hashem gave the holy land to Israel, certainly it was because they were worthy of it. So, too, to each and every nation He gave a land according to whom they are, and everything has a place according to its nature and worthiness. Thus, according to the worthiness of Israel who have a separate holy virtue – they also have a holy land. This is the outcome of the virtue that is evident on Yom Kippur: the connection to Eretz Yisrael on the one hand, and, on the other hand the disgorgement from it for sins like illicit relationships, even though they are not dependant on the ground. 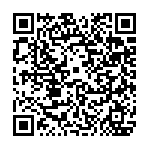