When a person leaves one place and goes to another, there can be two motives for going. Sometimes he wants to leave his current place, and sometimes his goal is the place towards which he is going.

Yaakov was commanded by both his parents to go to Charan, but each one had his own reason. Rivka said to him: "So now, my son, heed my voice and arise; flee to my brother Lavan, to Charan ... until your brother's wrath subsides ... Why should I be bereaved of both of you on the same day?" (Bereishit 27:43-45) Her main concern was that Esav intended to kill Yaakov, and therefore it was important for her that Yaakov should leave. On the other hand, his father Yitzchak said to him: "Do not take a wife from the daughters of Canaan. Arise, go to Padan-aram, to the house of Betual your mother's father, and take a wife from there from the daughters of Lavan your mother's brother." (28:1-2) His main goal was that Yaakov should go to Padan and marry there.

This idea is true also in regards to the relationship of Jews to Eretz Yisrael. There are those who go to Israel in order to escape persecution in their dwelling place out of Israel. There are others who understand the special quality of Israel – that it is "the land of the living," and that there is the "Sanctuary of Hashem," as the Ramban writes – and leave exile in order to reach Israel.

In this same vein Rav Kook zt"l explains the verse, "Who are these, who fly like a cloud, like doves to the cote-windows?" (Yeshaya 60:8) The clouds are driven by the wind from place to place, without a specific destination, but the doves return to their home, to their cote-windows. So, too, there are Jews who are led against their will like clouds from place to place, and by chance reach Eretz Yisrael, and others know that coming to Israel is returning home.

Similarly, in Yirmiya, G-d comforts Rachel: "Restrain your voice from weeping and your eyes from tears; for there is reward for your accomplishment ... and they will return from the enemy's land. There is hope for your future ... and your children will return to their border." (31:15-16) There are Jews who reach Israel as a result of escaping the enemy's land, from a land of persecution, where they cannot live as Jews. However, there are those who understand that aliya to Eretz Yisrael is not escaping from another place, but rather the return of children to their original home, "your children will return to their border." 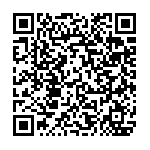