If we analyze the Creation, we note that there is a great disparity between what should have been and the actual reality; there is a great difference between the ideal and the current state. "In the beginning Elokim created" (Bereishit 1:1) – Chazal comment (Bereishit Rabbah 12:15) that initially G-d wanted to create the world with the attribute of justice [Elokim=justice]. When He saw that the world cannot exist with the attribute of justice, he joined the attribute of mercy with it, as it says: "These are the products of the heaven and earth when they were created on the day that Hashem Elokim made earth and heaven" [Hashem Elokim – justice and mercy]." (Bereishit 2:4)

The question is: What was the initial thought to create the world with the attribute of justice, since "The world is built through chesed?" (Tehillim 89:3) G-d clearly knew that the world could not exist in the manner of justice alone!

Similarly, we find a discrepancy between the ideal and the reality regarding the creation of light. The Gemara in Masechet Chagiga (12a) says: "The light that G-d created on the first day, Man saw with it from one end of the world to the other. When G-d saw that the world is not deserving of it, He went ahead and hid it for the righteous for the world to come." Here, too, the question is: Why was light created initially in a way that the world is not worthy of?

We find a further seeming discrepancy between the command and the reality on the third day of Creation. G-d commanded the land to produce, "fruit-trees bearing fruit" (1:11), because G-d wanted that the means should be like the end, "the flavor of the tree and the flavor of the fruit are the same." (Bereishit Rabbah 5:9) However, the earth sinned: "The earth produced ... fruit-bearing trees." Here, too, the question is: If the earth is incapable of producing "fruit-trees bearing fruit," why was there a command for such?

The truth is, that even about the Creation of man himself, Chazal say that his creation was in a manner of "second-rate," as the Gemara says (Eruvin 13b):

The Mesillat Yesharim (ch. 1) refers to the time of Creation as "the time of breaking" (zman ha'shevira). When someone takes a small container and tries to fill it more than it can contain, the container breaks from overload. At first glance it seems sad, but, on the other hand, this is the time that the person begins building a new container, and puts the contents into it little by little. Sometimes a person undergoes a personal crisis, but specifically through this crisis begins new growth. The container is man. G-d created man such that he should perfect himself. He created him straightforward, but put him into a world of "man's inclination is evil from his youth." (8:21) The goal is that a person should reach perfection of his own efforts.

This is true about the world, as well. G-d created the world with the attribute of justice so that we should know where to aspire; this is the ideal. In reality, the world "broke," and was lowered to join with the attribute of mercy. So, too, the hidden light is the ideal state. It "broke," and was lowered in order that we aspire to reach the highest reality of using that light. This is true also of bearing fruit. The flavor of the tree and of the fruit are the ideal point to which the Creation should reach, but this can only be only through aspiring to reach this point of "fruit-trees bearing fruit."

This is also the role of man (adam), whose name is taken from the word adama. Just as the earth's role is to provide growth – so, too, man's role is to constantly be in a state of growth, to actualize the potential inherent in him. In this way he will merit to complete himself and the entire creation. 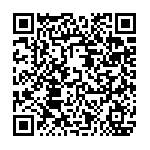