Sisera’s Mother and the Shofar Blasts

Sisera’s Mother and the Shofar Blasts

The Rishonim, citing the Yerushalmi, teach that we blow one hundred shofar blasts on Rosh Hashana in order to parallel the one hundred cries that Sisera’s mother emitted while she awaited the return of her son.[1] What is the connection between the sobbing of Sisera’s mother and the mitzva of shofar?[2]

In the aftermath of the chet ha’egel, Hashem declared, “וביום פקדי ופקדתי עליהם חטאתם,” “But on the day I make an accounting, I will bring their sin to account against them” (Shemot 32:34). Rashi explains: “Any time I make an accounting of their sins, I bring some part of this sin into the accounting along with their other sins. Every punishment that is visited upon Yisrael includes some part of the punishment of the sin of the egel.” The chet ha’egel was rooted in the people’s lacking in ahavat Hashem. After all, one who loves someone else continues to wait for him even if he is delayed, yet Am Yisrael failed to wait for Moshe Rabbeinu. For this reason, Chazal describe the chet ha’egel as reflecting particularly poorly on Am Yisrael: “How pitiable is the bride who is promiscuous under her wedding canopy!” (Shabbat88b).

On the day of Rosh Hashana, HaKadosh Baruch Hu makes an accounting of the entire world and recalls everything that has been forgotten: “And an accounting is made of the creations on it, to recall them for life or for death.” The chet ha’egel is thus recalled as well.[3] How can Am Yisrael counterbalance the recollection of this chet, in which we gave up to soon and failed to wait properly for Moshe’s return? We recall the cries of Sisera’s mother. Sisera had gone off to battle and was delayed in returning. His mother had no real reason to fear that he would not return; after all, he led an army of nine hundred iron chariots, an army that outnumbered that of Am Yisroel ten to one. Yet Sisera’s mother was still concerned for his welfare, and even when other attempted to encourage her, arguing that Sisera was certainly busy dividing the spoils of war, she refused to be placated. Despite all the attempts to explain her son’s delay, Sisera’s mother gave up hope and cried: “מדוע בושש רכבו לבוא, מדוע אחרו פעמי מרכבותיו,” “Why is his chariot so late in coming? Why so late the clatter of his wheels?” (Shoftim 5:28). This is an allusion to the chet ha’egel: “וירא העם כי בושש משה לרדת מן ההר,” “The nation saw that Moshe was delayed in descending the mountain” (Shemot 32:1). Thus, we recall Sisera’s mother and her hopeless tears in order to be melamed zechut on the feeling of hopelessness experienced by Am Yisrael when they failed to properly wait for Moshe Rabbeinu.

Chazal tell us that the people’s lacking in ahavat Hashem was further reflected in the fact that it was necessary to force them to accept the Torah SheBe’al Peh:


Am Yisrael did not accept the Torah until HaKadosh Baruch Hu arched the mountain over them like a barrel, as the pasuk states, “And they stood beneath the mountain” (Shemot 19:17)… You cannot argue that He arched the mountain over them to compel them to accept the Torah SheBichtav, for as soon as He said to them, “Will you accept the Torah?” they all responded, “We will do and hear” (Shemot 24:7) – as the Torah SheBichtav requires no toil and suffering and is brief. Rather, He threatened them because of the Torah SheBe’al Peh, which contains the detailed explanations of the commandments, both simple and difficult, and is as severe as death and as jealous as She’ol. For one does not study the Torah SheBe’al Peh unless he loves HaKadosh Baruch Hu with all of his heart and all of his soul and all of his might. (Tanchuma, Parshat Noach 3)


[3]  Interestingly, Chazal teach (Pesikta DeRav Kahana 28 and elsewhere) that following the chet ha’egel, the holidays that were supposed to be celebrated in Tamuz, Av, and Elul were pushed off to Tishrei, such that Rosh Hashana parallels the 17th of Tamuz, the day on which Moshe Rabbeinu descended from Har Sinai and witnessed the chet ha’egel. 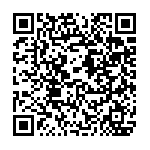