Being A Good Listener

Being A Good Listener

Not many parshiyos are named after individuals.  What was so unique about Yisro that he merited to have a parsha referred to by his name? Moreover, there is debate among the rishonim as to whether this parsha transpired prior to or following Matan Torah.  According to the opinion of ein mukdam u’meuchar b’Torah, and that Yisro is not in chronological order, why is this episode of Yisro’s arrival purposely placed to precede Matan Torah?

Rav Wolbe in his Shiure Chumash, derives an important lesson from Yisro’s actions.  Imagine someone reading the New York Times and coming across an article about Kriyas Yam Suf.   They may be amazed at learning of the miraculous event, yet they proceed to turn the page and continue on to the next article.  They may be impressed, even amazed, but are not at all affected by what they just learned.

What was Yisro’s reaction.  He hears about the miracles that transpired at Yitzias Mitzrayim, and it permeates his very being.  He immediately reacts by leaving his home and travelling with his daughter and grandsons to meet up with his son-in-law.

The Torah declares: “vayishma Yisro” (Yisro hears).  One can “hear” but not “listen”.   Onkelos translates the word “nishma” in the famous phrase Naase v’nishma” as ‘nikabel” – we will accept.  It is a hearing that triggers a reaction -  an acceptance.

Shlomo Hamelach requests of hakadosh Baruch Hu “v’nasata l’avdecha lev l’shmoah” (provide for your servant, a heart that can hear – Melachim I, 3:9)).  What exactly is Shlomo requesting? Sound enters through the ears not the heart.  However, if one is affected by what he hears, then it will enter one’s heart and trigger a reaction.  Pharaoh heard and even witnessed God’s strength, yet, “kaved lev Pharaoh”- his heart was hard and nothing was able to pierce it.  Essentially, each makka went in one ear and out the other, having no lasting effect on him.

Perhaps, Yisro’s arrival is purposely placed prior to Matan Torah, to teach us how to listen!  God is about to speak to us and transmit the Torah to us.  It is not enough to just hear what God says, but we have to listen, accept and internalize all of those commandments.  Our response needs to be like that of Yisro- who immediately took what he heard and acted upon it.  We too must learn this lesson from Yisro.  When we are inspired, we need to internalize and act upon it.

It is not only crucial to be a “good” listener – when we refer to mitzvos ben adam l’makom.  Unfortunately, at times when we are with friends and family we don’t grant them the proper attention.  They speak to us, but we are not listening attentively.  We may check our messages, or be distracted by our phones.   We need to not hear them, but rather to listen to them as well.  To try to understand what they are communicating.  Whether it is requesting our opinion and assistance or providing us with advice and constructive criticism.  Moshe was very busy but took time to greet his father-in-law and to entertain and implement Yisro’s suggestions.

May we be good listeners – in both the spiritual and social realms so that we internalize what we hear and properly react so we can maximize our potential. 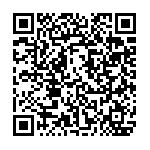