In this week’s parasha, the donkey inquires of Bilam – What have I done to you that you struck me three times? Bilam answers – For you mocked me. If only I had a sword in my hand, I would have killed you now.  Chazal, in Masechet Avot, list the donkey’s mouth as one of the unique items fashioned on Erev Shabbat at twilight at the conclusion of the six days of creation. What is the significance of this unusual creation? What message can each person take from the donkey’s ability to speak?

The pesukim proceed to say that an angel appeared to Bilam and chastised him for hitting the donkey. The Midrash states that the angel then killed the donkey. Why? Rashi explains that it would be an embarrassment to Bilam if the donkey, who rebuked him, would remain in existence. We thus see that Hashem created the wondrous donkey’s speech only to destroy it immediately after its implementation! How are we to understand this?

Chazal enumerate three attributes of Bilam – an evil eye, haughtiness, and greediness. Why was Bilam so haughty? He was proud of his ability to be a navi. He attributed this to his great intelligence and his special power of speech. To be a Jewish prophet, one is required to have the finest attributes that only few are able to achieve – humility, bravery, asceticism, among others. There is no comparison between these individuals and Bilam! Bilam was, nonetheless, proud of himself and his ability to prophesize. Despite his corrupt attributes, he believed that he had achieved a high intellectual level and understanding that enabled him to communicate with Hashem.

Hashem teaches Bilam that he is simply a vessel to convey His words, a human microphone. Bilam has no relationship whatsoever with purity and holiness. He remains in his lowly state. Hashem demonstrates this through the medium of the donkey. It is obvious that the donkey didn’t speak through its own intelligence and verbal prowess. Rather, Hashem used its mouth as a mere communication device. So too, Bilam didn’t speak because of his own intelligence and merit. The angel emphasized this point by killing the donkey. The donkey, who miraculously spoke, remained a donkey through and through without achieving any lofty status. Thus, the continued existence of this lowly animal would serve as a disgrace to Bilam. Hashem sends Bilam the message is that he is not really worthy of prophecy. He is just like the donkey – a mouthpiece for Hashem’s message. And if Hashem decides that he will speak, then he will speak.

This is also a message for each and every person. Even if a person merits to learn Torah, that doesn’t necessarily mean that the Torah will become part of him, influence, and guide him. A person has to purify his heart and prepare himself when he learns. If not, G-d forbid, the Torah can turn into an elixir of death. It can lead to haughtiness and corruption more than if he didn’t even learn at all. We see this clearly from Bilam in our parasha. 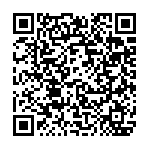