Love Your Neighbor as Yourself


The Gemara (Yevamot 62b) reports that Rabbi Akiva had 12,000 pairs of students and that they all died between Pesach and Shavuot.  Chazal explain that they died an unusual death because they did not treat each other respectfully.

Chazal teach us regarding the well-known passuk “ve’ahavata l’re’acha kamocha,” “and you shall love your neighbor as yourself,” Rabbi Akiva announced – this is a great principle in Torah. This begs the following question - how can it be that Rabbi Akiva, who adopted this maxim as the great principle, klal, in Torah, had students who died for their failure to honor one another?

An individual person is not capable of singlehandedly fulfilling all 613 mitzvot. For example, not everyone is a Kohen or woman etc. So, how is it possible for someone to fulfill the entire Torah? The Ba’al HaTanya explains that if someone feels himself as a limb of the collective Jewish body, then when any element of the whole fulfills a mitzva, it is as if the whole unit did so. Therefore, by being a united whole, it is as if we fulfill the entire Torah. As Rabbi Akiva states – this is a great klal in the Torah. Klal here means not just “principle” but also the entire gamut of Torah, kol mitzvot HaTorah. If we successfully accomplish ve’ahavta, we merit the klal mitzvot of Torah. If there is unity and mutual responsibility, each person can keep the entire Torah.

The Gemara (Pesachim 49b) explains that before Rabbi Akiva became a great leader, he would say – bring me a Torah scholar and I will bite him like a donkey. Tosafot (Ketubot 62b) ask – how can this be? After all, Rachel, the daughter of Kalba Savua chose to marry Rabbi Akiva because he was modest and had beautiful middot. Biting Torah scholars does not seem to demonstrate good middot! Tosafot answer that Rabbi Akiva said this out of his love for the Jewish people. He worried that the Rabbis arrogantly raised themselves over others. He believed that this attitude came from the Torah! He assumed that, G-d forbid, the Torah encouraged this sense of arrogance. Later, of course, he learned that this is not correct. However, we see that he always acted out of love for his fellow Jew – v’ahavta l’re’acha kamocha - even before he became a Torah scholar.

So, how is it that great Rabbis, students of Rabbi Akiva, did not sufficiently honor each other?

The Gemara (Sukkah 52) teaches that one who is greater than his friend, his yetzer, evil inclination, is commensurately greater. There is a mistaken notion that the greater a person becomes in Torah and holiness the less he is apt to encounter spiritual challenges. Chazal teach us the opposite - the more one rises and grows, the more Hashem will place challenges that match his level of growth.

The Gra in Tikkunei Zohar explains that this phenomenon is true both for someone who is greater than his friend but also for elevated times of year. The evil inclination is stronger during holier days. Hashem built this into the whole system of growth.

The Sfat Emet similarly interprets the passuk (Vayikra 18:3), “You shall not imitate the practices of Mitzrayim where you dwelt, nor those of the land of Cana’an to which I am bringing you…” He asks – why is it that the nations were unable to sustain their inhabitancy of the land? Why did the land expel them? He answers – the passuk says that Cana’an is the place to which Hashem is bringing the Jewish people. The Jewish people’s arrival in the land caused the expulsion of the nations. Because Eretz Yisrael is designated for the Jewish people and thus exists on a higher spiritual plane, the land itself brought more difficult spiritual challenges than those lands outside of Eretz Yisrael. These challenges precluded the nations from being able to remain there.

Even though the students of Rabbi Akiva did indeed learn from him and from his entire essence of ben adam l’chavero, that was also the area of greatest challenge for them.

We may learn a positive aspect from this as well. When someone encounters challenges, he should be assured that this is a sign of his spiritual ascension. Hashem gives him more difficult tests because of his positive growth. 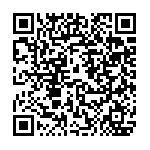