“Pinchas ben Elazar ben Aharon HaKohen has turned back my wrath from Bnei Yisrael by expressing passion on behalf of my passion (bikano et kanoti) among them, so that I did not wipe out Bnei Yisrael in my passion. Therefore say: I hereby give him my covenant of peace. And it shall be for him and his descendants after him a covenant of eternal priesthood, because he was zealous for his God, and he atoned for Bnei Yisrael” (Bamidbar 25:11-13). These pesukim, which describe Hashem’s attitude towards Pinchas’s act, are repetitive, and it is therefore unclear what exactly made Pinchas deserving of the kahuna. Was it his kin’a, his zealousness, or the fact that he atoned for Bnei Yisrael? It cannot be both, as the pesukim earlier mention only kin’a.

To answer this, we must consider the significance of Pinchas’s act and how it influenced the attitude toward the people. The Seforno explains: “By expressing passion on behalf of my passion among them – That he executed my revenge before them all, so that when they saw this and did not object, they would be atoned for the fact that they did not protest against the sinners, and he thereby removed my wrath from them.” The Seforno brings a similar explanation of the chet ha’egel  on the pasuk, “So that they were a menace to all those who would oppose them” (Shemot 32:25): “That they did not listen to the prophets and princes among them. Even though not all, or even most, of the people had congregated around Aharon, they were all considered evil for not protesting against those who had… ‘Go back and forth from gate to gate’ – to atone for those who had not sinned, but who had not opposed the sinners. This was in order to ensure that just as they had not protested against the sinners, they would not protest against those who killed the sinners.” The act performed by the “mikaneh” before the people actually provides them with a defense and limits the significance of their sin.

When one sins in public, even if not everyone joins him, he demonstrates that the sin is not repugnant in his eyes. Otherwise, he would conceal his activities. One who objects to a sin demonstrates the opposite, such that there is room for future repair.

Parenthetically, we can add the words of Chazal in the midrash (Pirkei DeRabbi Eliezer 38): “Come and see – who from among the shevatim reacted with zealotry with regard to the immorality of shevet Binyamin? HaKadosh Baruch Hu said to them: You were zealous regarding the immorality of shevet Binyamin, but you did not demonstrate zealotry regarding pesel Micha! For this reason, shevet Binyamin killed some of them the first few times that they fought, until they fell on their faces before the aron and did a great teshuva.” The claim against the people was not that they had not prevented pesel Micha; after all, there was no king at the time, and they could have claimed that they had no power to stop it. But when they demonstrated that they could organize themselves in the case of Pilegesh BeGiva, they showed that when something was important to them, they could be successful in combatting it. This therefore led to a claim against them regarding their failure to fight against Pesel Micha. By extension, we must consider how it is that individuals and groups know how to protest and demonstrate in some cases, to the point of refusal to obey orders and going to jail, but they fail to do so when it comes to the topic of Shabbat…

Based on this explanation, we can understand the importance of Pinchas’s act – not only in the punishment of the sinners, which constituted a Kiddush Hashem, but also in the repair of the flaw that Bnei Yisrael caused. Pinchas indeed took revenge on Bnei Yisrael, but he thereby prevented Hashem from punishing them further, such that the punishment was actually more moderate. On the one hand, he was zealous and punished, but through that very act he atoned for Bnei Yisrael.

This was the power of kohanim throughout the generations: “But the Kohanim the Levi’im descended from Tzadok, who maintained the service of my sanctuary when Bnei Yisrael went astray from me – they shall approach me to minister to me. They shall stand before me to offer me fat and blood, declares Hashem. They alone may enter my sanctuary and they alone shall approach my table to minister to me, and they shall keep my charge” (Yechezkel 44:15-16).  “Know then that I have snt this charge to you that my covenant with Levi may endure, said Hashem Tzevakot. I had with him a covenant of life and peace, which I gave to him, and of reverence, which he showed me, for he stood in awe of my name. Proper rulings were in his mouth, and nothing perverse was no his lips. He served me with complete loyalty, and held the many back from iniquity. For the lips of a priest guard knowledge, and men seek rulings from his mouth; for he is a messenger of Hashem Tzevakot” (Malachi 2:4-7).

This was similarly the role of Eliyahu, who is identified with Pinchas. Although his zealousness led him to fail in his role of guiding Bnei Yisrael in the time of Achav, at the time of the future redemption he will succeed: “Resh Lakish said: Pinchas is Eliyahu. HaKadosh Baruch Hu said: You caused there to be peace between me and Bnei Yisrael; in the future, you will once again cause there to be peace between us, as the pasuk states, ‘Behold, I am sending you Eliyahu HaNavi’ (Malachi 3:23). ‘And it will be for him and his descendants after him’ – that they will be blessed by me forever.”

This power, which resulted from Pinchas’s zealotry, could not have brought about these results had they not been rooted in the proper source. Sometimes, zealotry is rooted in anger or improper values. Both Shimon and Levi were zealous for their sister Dina, but they come from different perspectives. Levi was not perfect, as we see in the story of Korach, but when the hour of decision came, he acted leshem shamayim. Thus, even the punishment of being scattered among Bnei Yisrael is connected to the stature of the kahuna.  Shimon, in contrasted, who acted out of concern for honor, ended up falling into the act of Zimri.

Pinchas’s greatness lay in the fact that he acted with a combination of yirat Shamayim and the desire to atone for Yisrael, and he is therefore worthy of the kahuna, which combines complete loyalty to Hashem and love for Klal Yisrael that leads to the desire to atone and to teach. This is expressed in the continuation of the Seforno’s words: “My covenant of peace – from the angel of death, as in ‘He who makes peace in His heavens’ (Iyov 25:2). For loss is caused only through conflict between opposites [whereas Pinchas, who overpowered his inclinations and perfected his character, did not have this conflict]. This was fulfilled in Pinchas, who lived for a very long time, more than all the people of his generation, to the point that he served in the Mishkan in Shilo at the time of the incident of Pilegesh BeGiva, which certainly took place after the death of Yehoshua and the other zekeinim who followed him (Shoftim 2:7). All the more so if he was alive during the time of Yiftach, who wrote to the king of Amon, ‘Bnei Yisrael have lived in Cheshbon… for three hundred years” (ibid. 11:26). Chazal have taught that Pinchas did not wish to go to Yiftach to release him from his vow. And this is all the more so true according to the view that Eliyahu was Pinchas and that he is still alive. ‘Because he was zealous for his God’ – Because he fought my battles against them, I will remove all opposition and he will be at peace. ‘And he atoned for Bnei Yisrael’ – By performing the vengeance before them all so that they would be atoned for failing to protest against the sinners. He is therefore worthy of the eternal priesthood, which will atone for them.”

Our rabbis have taught us that our generation should not be led through zealotry. Nevertheless, it is important to note that zealousness, as a reflection of clinging to truth, does not contradict love of one’s fellow Jew. This is expressed in the “covenant of peace,” which will bring about the future redemption. 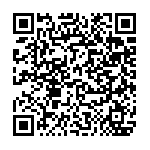