The Concept of Bitul B'rov

The Concept of Bitul B'rov

The Gemara (B.M. 6b) quotes the Mishna in Bechorot (58b), "If one of the counted [animals] jumped amidst the [remaining, uncounted herd], they are all exempt [from maaser beheima]." Tosfot (s.v. kafatz) poses the following question, which he leaves unanswered. Why isn't the counted animal "batel" (nullified) in the majority of uncounted animals, and let them all be obligated in maaser?! To answer this question, we must first clarify the definition and source of "bitul b'rov" (nullification in the majority), and afterwards we will return to explain Tosfot.

We find the concept of "rov" (majority) applied in three ways:1. "Haloch achar harov" - Follow the majority: This concept applies to a "ruba deleta kaman" (an undefined majority), such as the majority sell animals to be slaughtered and not for work, as discussed in Bava Kama 27a.2. "Rubo kekulo" - The majority is like the whole: This rule is applied, for example, when slaughtering an animal, which requires the cutting of the trachea and esophagus. It is sufficient to cut the majority of each of the tubes, and we consider it as if the whole tube was cut, even though the minority was left uncut.3. "Bitul B'rov" - Nullification in the majority: This idea is most commonly applied when a minority of "issur" (something forbidden) is mixed in to a majority of "heter" (permitted matter).

At first glance, these three concepts are separate applications of "rov" that are not directly linked to one another. However, it turns out that all three are derived from a common source. The fact that we follow the majority is derived from the verse regarding a court decision, "Acharei rabim lehatot - Yield to the majority." (Shemot 23:2) This pasuk teaches us to assume that the truth lies with the majority, and so we follow it. From where do we know, however, that "rubo kekulo," the majority is like the whole?

R' Chaim Brisker (Chiddushei Hagrach al Hashas) explains that both concepts are derived simultaneously, since a court ruling entails two requirements: a) To establish the truth. b) That a "beit-din" issue the decision, as it says, "elohim;" three judges in monetary matters, and twenty-three in capital cases. As such, if two rule "innocent" and one rules "guilty," how can we decide based on the two, since the Torah requires the ruling of three? This proves that when a decision is rendered based on two out of three, it is still considered a ruling of the whole beit-din, which shows that the majority is like the whole. However, the concept of "rubo kekulo" by itself is insufficient to render the verdict, since we must ascertain the truth and rule based on it. This proves that we follow the majority, and can assume the truth to be with the two who are the majority and render the decision on this basis.

Rashi, furthermore, writes (B.M. 53a s.v. deoraita, Gittin 54b s.v. lo yaasu) that the law of "bitul b'rov" is also learned from "Acharei rabim lehatot." This certainly seems difficult, as there does not appear to be any direct link between nullifying a small amount of issur and following the majority! To explain this, we would like to suggest that the law of rubo kekulo applies only where the minority was left unaffected, yet does not contradict the majority. For example, when the majority of the two tubes are cut, although the minority is left intact, it does not negate the part that is cut. Similarly, if one drinks the majority of a cup, the minority is left over as is. However, how do we know that even if the minority contradicts the majority, as with the judges, that the majority is still like the whole? We must resort to the concept of bitul b'rov in order to remove the objection of the minority, and then we can properly apply the concept of rubo kekulo. Thus, the pasuk of "Acharei rabim lehatot" not only teaches us to follow the majority, but also teaches us implicitly the concepts of "bitul b'rov" and "rubo kekulo."

The Oneg Yom Tov discusses whether a string of tzitzit that was not spun "lishma" (for the purpose of the mitzvah) which got mixed with strings that were spun lishma is nullified in the majority. Perhaps bitul b'rov can only remove laws from the minority, but not grant laws to it. In other words, when issur is mixed in a majority of heter, the prohibition is removed. Yet, a string which was not spun lishma will not be considered as spun lishma by being nullified in a majority that was.

The Oneg Yom Tov brings a proof from Tosfot (Chullin 11b, s.v. leichush) who discusses when we follow the majority in capital cases. The Gemara in Sanhedrin (79b) states that if people sentenced to stoning are mixed with people sentenced to burning, then, according to the opinion that burning is more severe, they should all be stoned. Tosfot asks, why don't we follow the majority [and execute them all with burning]? Rabbeinu Tam answers that since they will all be executed, as far as the specific manner of execution we do not follow the majority. This answer is very difficult; why should we not follow the majority in this issue? According to the Oneg Yom Tov's principle, however, it is understood. To burn someone requires a ruling of beit-din that he deserves burning, and in order to grant this status it is insufficient merely to be nullified in a majority of those sentenced to burning.

This principle also answers the question of the Chavat Daat (Y.D. 101). The Gemara in Pesachim (88b) states that if the hides of five korban Pesachs got mixed together, and one of them was found to have a blemishing scab, none may be eaten. The Chavat Daat asks, why don't we follow the majority and allow them all to be eaten? According to the Oneg Yom Tov's principle we can answer that bitul b'rov cannot grant the minority the laws of the majority. Therefore, the defective animal was not granted all the laws of a korban, since the slaughter and sprinkling of the blood were ineffective to permit it to be eaten, and the mixture with the majority will not make a difference.

With this, we can also explain how the concept of bitul b'rov is derived from "Acharei rabim lehatot." We explained that bitul was necessary to remove the objection of the minority, but asked, if so, let us suffice with the concept of bitul, so how do we simultaneously derive the concept of rubo kekulo? We can now answer that we require a ruling of a complete beit din, and the two concurring judges alone are not a "beit din." Even if the dissenting minority were nullified, we would not achieve the status of beit din, since the majority does not grant its status to the minority! It must be that we consider the beit din as complete based on the additional concept of rubo kekulo. On the other hand, the concept of rubo kekulo alone is insufficient, since this is only when the minority does not contradict the majority, so that the rule of bitul b'rov is also needed.

However, this idea of the Oneg Yom Tov is subject to a dispute amongst the Rishonim. Tosfot (Yevamot 82b) points out a seeming contradiction between two passages in the Gemara. In Nedarim (57b) it says that if an onion was uprooted during shemitta and replanted in the eighth year, if the new growth exceeds the original it is permitted. Yet, in Avoda Zara (73a) it says that if one pours "yayin nesech" (wine that was used for idolatrous purposes) from a barrel into a well even the whole day long, the drops are nullified one by one. The implication is that even if ultimately the yayin nesech outnumbers the water in the well, sine the drops are nullified one-by-one as they fall in, the minority turns into a part of the majority, and joins to nullify the subsequent yayin nesech. If so, then also regarding the onion we should say that every bit that is added in the eighth year is nullified to the original, prohibited, plant on shemitta, and there will never be a majority of eighth year growth! 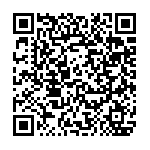