"They journeyed from Rephidim and arrived at the Wilderness of Sinai and encamped in the Wilderness; and Israel encamped there, opposite the mountain." (Shemot 19:2) Rashi explains (there), based on the Midrash: "Israel encamped ("vayichan") there – as one person, with one heart." Thus, Jewish unity is a necessary preparation for accepting the Torah. [The Ohr Hachaim adds two other preparations: "They journeyed from Rephidim (lit., weakness)" – overcoming the trait of laziness in the study of Torah; "and encamped in the Wilderness" – lowliness and humility, like the wilderness, that all trod upon.]

More striking, we find in the Yalkut Shimoni (Yitro #273):

G-d wanted to give the Torah to Israel at the time that they left Egypt, but they were arguing with one another ... When they came to Sinai, they were all in agreement as one group ... G-d said: The Torah is entirely peace, and to whom shall I give it? To a nation that loves peace.

Thus, the giving of the Torah was even delayed on account of the issue of unity!

They stood at the bottom of the mountain." This teaches that [G-d] held the mountain over them like a barrel [and forced them to accept the Torah] ... This is a disclaimer for the Torah. Rava said: Even so, they reaccepted it in the days of Achashverosh, as it says, "The Jews upheld and accepted" – They upheld what they had already accepted.

R. Chaim Shmuelevitz zt"l explains in Sichot Mussar (Shavuot 5731), that even though at Mt. Sinai Am Yisrael were like one person with one heart, nonetheless, they did not yet achieve the climax of unity, and the acceptance of the Torah was not complete. Only in the days of Achashverosh, due to the great danger, did they achieve complete and absolute unity, when each person's thoughts were committed to the nation as a whole.

Why is it that complete Jewish unity is such a necessary prerequisite for the acceptance of Torah?

It is clear that the Torah was not given to an individual or individuals of Am Yisrael: "The Torah that Moshe commanded us is the heritage of the Congregation of Yaakov." (Devarim 33:4)

The Meshech Chochma explains (Shemot 19:8) that this is because no one person in Israel can fulfill all of the mitzvot in the Torah. There are mitzvot for the priests, for the Levites, for the High Priest, for the king, for the Sanhedrin, and for one who owns land or a house. Thus, without the agreement of the entire nation – it would be impossible to accept the Torah in its entirety, with all 613 mitzvot. This is what it says, "The entire people responded together and said, 'Everything that Hashem has spoken we shall do.'" (Shemot 19:7) Each one will do what is relevant to him, and together, as a group, they will do everything that Hashem has spoken.

However, the issue goes much deeper, as the Meshech Chochma mentions there, "The entire Jewish nation is one person." Therefore, we find that the righteous are called the "heart of Israel"; the Sanhedrin are "the eyes of the community"; and the leaders are "the heads of the nation." In the Haftarah of Parshat Devarim he discusses this idea at length, that each person of Israel is like a limb of the overall person. This is through their clinging to G-d, who is true source of life, "Then they are like rays that emanate from the central point, and thus each ray is connected to the other through their source."

Chazal earlier pointed out (Vayikra Rabbah 88) that regarding Israel it says, "All the soul ("nefesh") descending from Yaakov" (Shemot 1:5) in singular language, since they serve one G-d. As the Ba'al Hatanya defines it: Israel are "brothers literally, on account of the root of their soul in the One G-d, just that their bodies are separated." The whole idea of Matan Torah is connection with G-d, who is the absolute One, and therefore, only when Israel are also one can they receive the Torah, as the Zohar states: "Israel, the Torah and G-d is one."

Perhaps we can also add that through the unity and acceptance of the entire nation the acceptance has eternal validity that is binding for generations. In Hil. Nedarim we find (Y.D. 214:2), "The acceptance of the community is binding on them and their descendents." (See also Ramban, in the end of Parshat Bechukotai (Vayikra 27:29), who writes about the cherem of death penalty: "Any king of Israel or Sanhedrin in the presence of all of Israel, who have legal authority...)

While these ideas are well known, "The goal of Torah learning is Teshuva and good deeds." As the month of Sivan has begun, and the influence of this time of year repeats itself, let us take advantage of these days for unity and peace, and avoid fights and divisiveness. Let us accept upon ourselves, in practical terms, to greet each person joyfully and not to argue. Let us bring peace between each other, and adopt the trait of Aharon, to be one "who loves peace and seeks after peace."

In Sichot Mussar, Rav Shmuelevitz zt"l further emphasizes that external expressions of friendship are not sufficient, but rather there needs to be mutual love from the depths of the heart. "There should not be in the heart even a drop of anger or negative thought about the other, but only an attitude of respect and love." This is the idea of "as one person with one heart." Through this we will merit to rectify the fault of the days of the omer, when R. Akiva's talmidim did not treat each other with proper honor, and we will be a peace-loving nation, deserving of the Torah, about which it says, "Its ways are ways of pleasantness, and all its pathways are peace." (Mishlei 3:17) 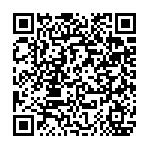