A Flame Came Forth from Hashem

A Flame Came Forth from Hashem

The Torah talks of "Korach and his assembly," and it seems as if they were all united as one group -- but this is not true! Chazal relate that Korach he was jealous of Elizaphan b. Uziel, whom Moshe appointed over the family of Kehat (see Rashi at the beginning of the parsha), whereas the other leaders of Israel who were with Korach had a different agenda. They wanted to serve in the Mishkan like the Levites and priests, and had a burning desire for closeness to G-d, a love as strong as death. They were willing to sacrifice their lives, so long as they would have the opportunity for extra closeness. Therefore, their respective punishments were different -- Korach was swallowed by the earth, whereas the others were burned while offering the ketoret (incense). The ketoret, which is similar to the Aramaic word "kitra" (knot), is the highest expression of closeness to G-d. Just as the ketoret ascends, so, too, the two hundred and fifty people desired to ascend and to connect with G-d.

Their sin was that they deviated from the guidelines of the Torah, and did not follow the path of the mitzvot. This principle, that spiritual aspiration must be in its proper measure, is found in the parsha of the nazir. The nazir brings a sacrifice, "for having sinned regarding the soul" (Bamidbar 6:11), as R. Elazar Hakapar explains, "because he restricted himself from wine." However, this pasuk is said in the context of a nazir who suddenly becomes defiled in the tent of a corpse. Thus, not every nazir is considered a sinner, even though every nazir restricts himself from wine.

The Netziv explains that it is worthwhile to abstain from physical enjoyment in order to achieve the spiritual enjoyment of closeness to G-d. However, the fact that the incident of defilement occurred is a sign that this nazir is not fit for such closeness. Thus, he restricted himself from wine for naught, and sought something above his level, and thus must bring a sacrifice for having restricted himself from wine. On the other hand, when a nazir successfully completes his nezirut in purity -- this indicates that he was worthy of this level.

This was the sin of the two hundred and fifty men who offered the ketoret; they sought to offer the ketoret and ascend improperly. Therefore it says, "the firepans of these sinners against their souls," (Bamidbar 17:3), just as it says regarding the nazir, "for having sinned against the soul," for having sought a level above himself.

We find a similar sin regarding Nadav and Avihu, "when they approached before Hashem and they died." (Vayikra 16:1) They also did not suffice with the way that the Torah instructs, but rather sought to draw closer, above their level. They, as well, offered, "an alien fire that He had not commanded them." (Vayikra 10:2)

Even before Nadav and Avihu we find something similar regarding the elders of Israel: "Against the great men of Bnei Yisrael, He did not stretch out His hand -- they gazed at G-d, yet they ate and drank." (Shemot 24:11) Moshe Rabbeinu ascended the mountain, and for "forty days and forty nights he did not eat bread and he did not drink water" (Shemot 34:28), and therefore he merited to gaze at the image of G-d. (Cf. Bamidbar 12:8) They, however, ate and drank, "and gazed at G-d," while still connected to the physical world, and were not worthy of this level. Therefore, according to Chazal, they deserved to be punished. "Where did He punish them? With Nadav and Avihu, and the officers of the camp." (See Rashi Mishpatim 24:4)

This is why there was a common punishment for them all -- Nadav and Avihu, the officers in the camp, and the 250 men who offered the incense -- "A fire came forth from before Hashem and consumed them." (Vayikra 10:2). The Gemara in Sanhedrin explains that this fire burned their soul, while their bodies remained intact. The flame is the result of the sin -- self-elevation and closeness without proper preparation -- and this great closeness not in its place led to burning the soul.

This is a lesson for every Jewish person who aspires for spiritual greatness. The way for spiritual advance is already laid out in the Torah, and one may not invent a new way that is not according to the Torah's arrangement. 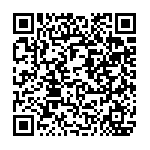