A Census of Names and Heads

A Census of Names and Heads

Hashem commands Moshe, in the beginning of Sefer Bamidbar, "Take a census of the entire assembly of Bnei Yisrael ... by the number of names, every male according to their head count." (Bamidbar 1:2) The Malbim comments on this:

Each one stated his name and wrote it on a scroll, and afterwards they counted the names and knew how many people there were. In addition, the people themselves passed before Moshe and they counted them according to their heads. The reason that there was a double count, the number of names and a head count, is explained in the Midrash.

A census emphasizes the overall sum, while the uniqueness and individuality of the people are blurred, in contrast to names that come to give distinct meaning to every person.

Am Yisrael is compared to the stars. The Midrash comments that in one place it says, "He counts the number of the stars, to all of them he assigns names" (Tehillim 147:4), a specific name for each and every star. Elsewhere it says, "He brings forth their legions by number; he He calls to all of them by name" (Yeshayahu 40:26), the whole system has one name, and there is no emphasis of each star in a personal manner. This is the idea of Am Yisrael -- individuals who need a klal and a klal which needs individuals. The individual has to develop his distinct personality, but not for his personal needs, but rather for the purpose of integrating into the nation as a whole.

This is why Yisrael are compared to the stars and to the sand of the sea. The stars signify the distinct role of each individual. The sand, on the other hand, signifies the consolidation of all of the individuals into one unit, just as the individual grains of sand are insignificant other than through their joining together.

So too, Yisrael as a whole were counted so that they should be one nation prepared to be a chariot for the Divine Presence. For this, a general number is needed, the minimum number being seventy souls, and the biggest number is 600,000, as the AR"I writes in Sefer Hagilgulim. However, as individuals, each and every person has a special character and a distinct virtue, based on which they are called by names. Therefore, they were counted by the "number of names," since each one has a certain significance and a special kedusha, and they were also counted according to their "head count," which indicates the general number.

Based on this we can understand the words of the Rambam in Hil. Teshuva, that one who separates from the ways of the community does not have a share in the world to come, "even though he did not commit sins, just that he separates himself from the community of Israel, does not do mitzvot with them, does not include himself in their troubles and does not fast in their fasts, but goes as one of the nations of the land, as if he is not of them." It is not enough for a Jew to observe the mitzvot, but rather it is incumbent upon him to submit and to include himself in Knesset Yisrael. 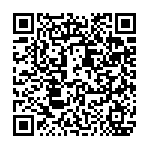