Arrogance in the Service of Hashem

The sons of Aharon, Nadav and Avihu, each took his fire pan, they put fire in them and placed incense upon it; and they brought before Hashem an alien fire that He had not commanded them. A fire came forth from before Hashem and consumed them, and they died before Hashem. (Vayikra 10:1-2)

Many interpretations are offered as to the sin of Aharon's sons. It seems, though, that the common denominator of them all is excessive self-pride, which is prohibited, especially for a priest who stands in service before G-d. Thus, it says in the Talmud Yerushalmi, "There is no [self-]greatness in the palace of the King." The Chovot Halevavot similarly writes (Sha'ar Hakenia ch. 6):

He should throw aside any self-glorification, haughtiness, and self-concern at the time of his service of G-d ... as the Torah writes about Aharon – despite his greatness, "He shall separate the ash." (Vayikra 6:3) G-d commanded him to take out the ash each and every day, to inculcate humility and to remove haughtiness from him. Similar to this, Scripture says about David, "leaping and dancing before Hashem." (Shmuel II 6:16)

Due to this arrogance they ruled before their teacher, sated their eyes of the Shechina, offered an alien fire, and thought that they were worthy of leading the people. [The Gemara Sanhedrin 52a and the Midrash teach that they said, "When will these two elderly people (i.e., Moshe and Aharon) die, and you and I will lead the generation." G-d said to them: "Do not boast about tomorrow."]

He should not seek to achieve wisdom in order to reach greatness, but rather his service should be completely pure ... If not, he should be very careful, lest he ruin and not improve, and will be cast off like Acher (Elisha b. Avuya), or will be harmed like Ben Zoma. His heart should not sway him to say that G-d is yielding ... A person should not dare draw close to this great service without being called ... Rather, he should sit lowly as all other people, and should not become haughty over his brethren to raise himself to [a place] inappropriate for him, and he will receive reward for refraining just as for doing.

On a different point in the parsha, the Gerer Rebbe interpreted homiletically the Gemara in Kiddushin (30a), "The vav of gachon (belly) is the middle of the letters of the Torah." He said: A Jewish person who already learned half the Torah is liable to take credit, to pat his belly contentedly and say, "Rejoice, my insides, for I have learned much Torah." However, Chazal say, "If you learned much Torah – do not take credit, since you were created for this." (Avot 2:8) We are telling him that he should be humble, and not pat his belly, but rather he should crawl on his belly.

This same idea is said in the name of his grandfather, the Chiddushei Harim. The Gemara (Bava Batra 146a) asks on the pasuk "All the days of a poor man are bad" (Mishlei 15:15) – But there is Shabbat and Yom Tov?! The Gemara answers: "As Shmuel, who said that a change in [eating] habit is the beginning of a stomach ache." I.e., although the poor person enjoys special food on Shabbat and Yom Tov, the very change for good causes him bad later on, since his stomach is not used to it. However, the Rebbe explained as follows: The "poor" person refers to one poor in wisdom; all of his days are bad and lacking satisfaction. The Gemara asks, but on Shabbat and Yom Tov every person acquires additional da'at and rises a little from his level, and therefore he should be satisfied then! The Gemara answers that a change in habit is the beginning of a stomachache. Precisely because he feels himself elevated and more intelligent than usual, he gets a stomachache, i.e., he begins to pat his belly and to say, "Rejoice, my insides," which is, once again, something bad.

It says this it is proper to shed tears during the Torah reading about the death of Aharon's sons, and then his sins are forgiven. One who takes to heart the loss of Aharon's children, and this arouses him to repentance, is forgiven for all of his sins, "For thus said the exalted and uplifted One, Who abides forever and Whose Name is holy: I abide in exaltedness and holiness, but I am with the despondent and lowly of spirit." (Yeshaya 57:15) 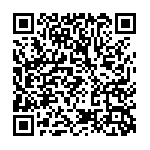